It's a shame that when you see red, you actually don't. Unless you have cellophane handy of course. It would be kind of cool, and help get your mind off whatever has ticked you off. On the internet comic fans see red on a daily basis (not all at once, it's more a pass the parcel type situation), but in comics and pop-culture, lots of characters see red in the most awesome of ways. This edition of Now Comes The Cosplayer is a tribute to them. 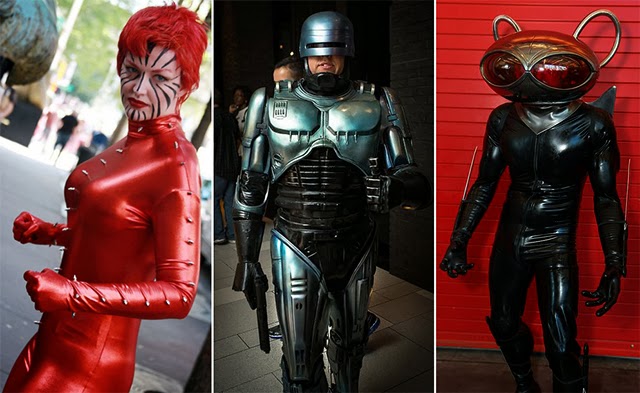 If there's one costume that's overlooked for being a classic, it is Rachel Summers 'Phoenix' outfit from the pages of Excalibur. The fiery powerhouse of the team who has taken on Galactus twice, has a sleek, punk look that still helps hide her fiery temper as well now as it did back in the 80's. Caught by photographer Michael Iacca, this cosplayer proves that to be true. 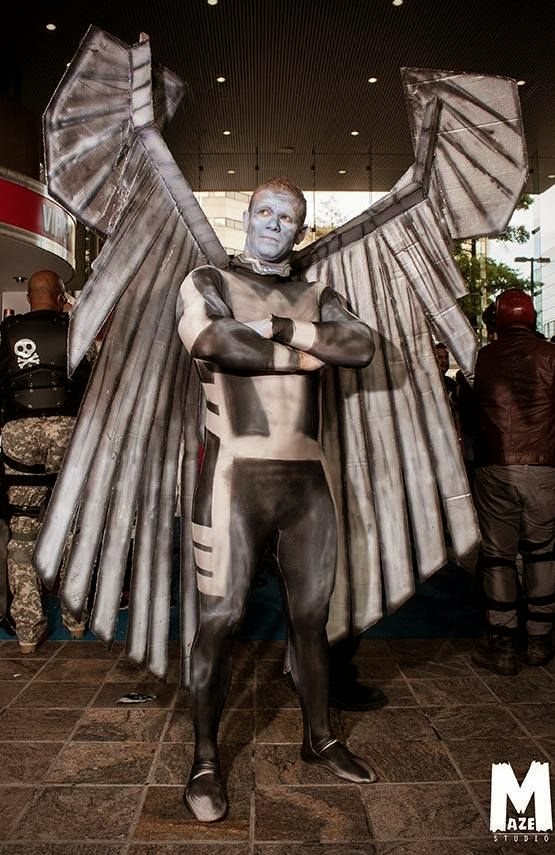 RoboCop can see in infrared (or any other colour he wants no doubt), but it's his recent reboot that had the potential to have more fans seeing red than any other. Caught looking for possible prime directive breakers, the original Robo was busted being brought to life at SDCC by photographer LJinto.

Now while Cyclops is the usual comic character most people think of with a red perspective, I prefer Black Manta. This cosplayer captured by the lens of the brilliant David Ngo, adds just enough blades to his villainous get-up to ensure while the Aquaman foe will always see red, he will never be beaten.

Speaking of favourites - my flat out pick of the X-Men is the high flying Archangel. As if what Apocalypse did to him wasn't enough to get Warren Worthington the third seeing crimson, the fact so many Cosplayers 'dress' as him with cupid or fairy wings probably would.

This fan (photographed by Maze Studios) suffers no such fools, and in taking Archangel's Uncanny X-Force look on board, pulls out the extra stops to make wings as good as if Whilce Portacio himself had drawn them.