STAR-TREKKING ACROSS THE X-UNIVERSE: Young Cyclops Makes Like Nova And Goes Cosmic In New Series

[SPOILERS AHEAD] What was that old Star Trek parody line? 'Star-Trekking across the universe, only going forward because we cannot find reverse". Oddly enough that suits Marvel's X-Men line too. While now it has The Avengers line for company, the X-Crowd are consistently growing in the numbers of titles they appear in. Despite that making it hard to see mutants as a minority, The House of Ideas shows no signs of reversing that trend anytime soon. 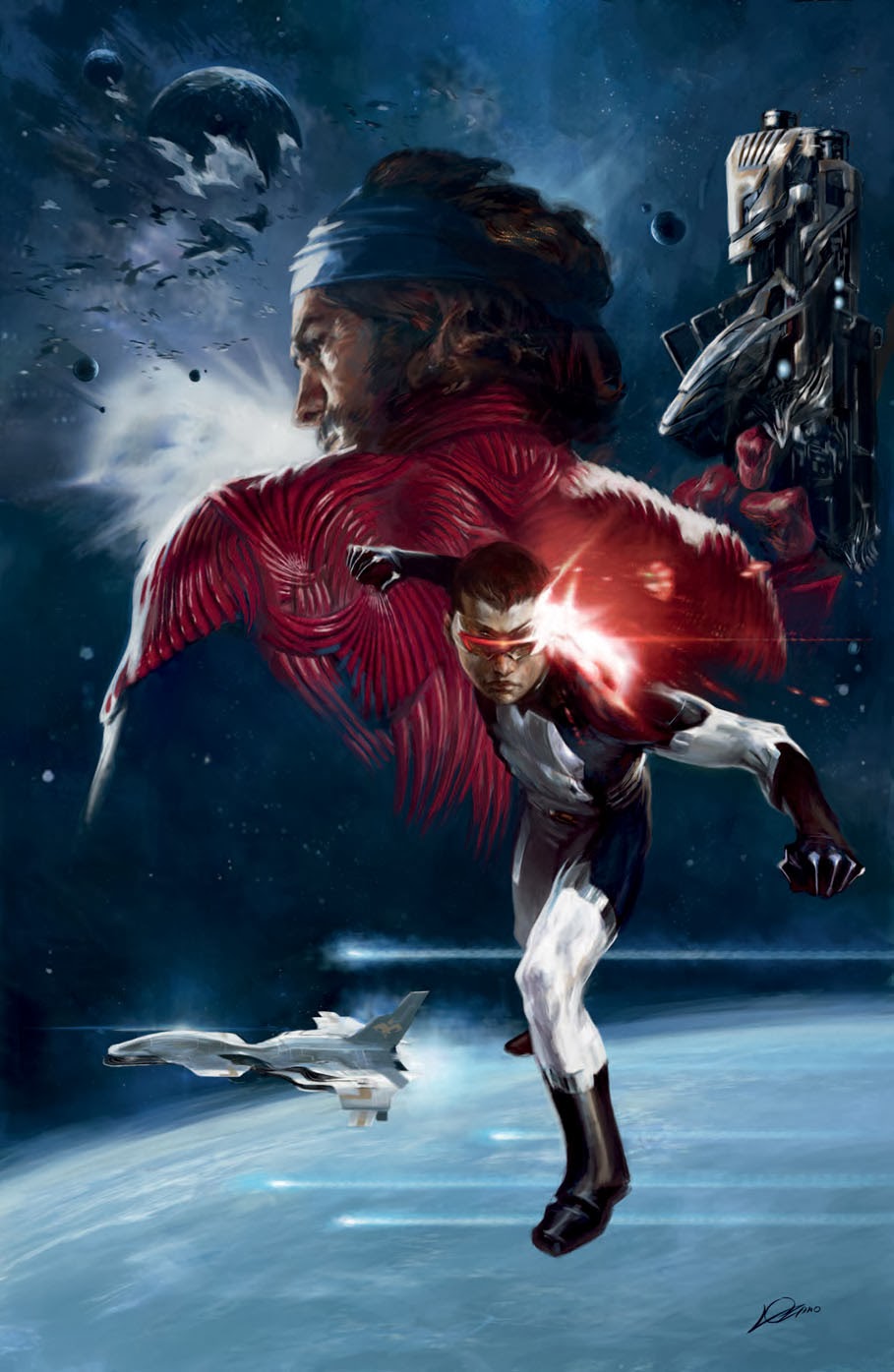 So, what's a multi-million dollar company owned by a multi-billion dollar company to do? Easy, make sure if the spin-off machine is going to churn, you arm each with the talent known to do the job. Talent that see eye-to-eye with the characters at hand. Enter writer Greg Rucka, series artist Russell Dauterman, and Cyclops, who gets his own title this May.

Now Scott Summers may not be the first hero on fans' 'to get a series' wish list, but Greg is definitely the guy you want writing it. His Image creator owned title Lazarus is the best book going due to its brilliant cast drama, so allowing him to script the young teenage Cyclops trapped in 'our time', as he joins his space-pirate father Corsair (who returned in this week's X-Books) on a blast through space, is pure 20/20 vision.

'Scott Summers never cared about being cool. He wanted to grow up right. Now he's going cosmic'. How do you beat that? How do you learn to be a better man, when you've met the future version of yourself and he's a bit of a douche? A road trip with your absent Dad, might be a good place to start - for Summers and fans alike.