SWEET AS: The Best From DC Comics' May 2014 Solicitations

When we Kiwis find something we like, we say it's 'Sweet as'. From the launch of The New 52 - Future's End to a giant collection of Grant Morrison's Doom Patrol run, when I look at the new releases of DC Comics for May 2014, these make the 'Sweet As' grade: 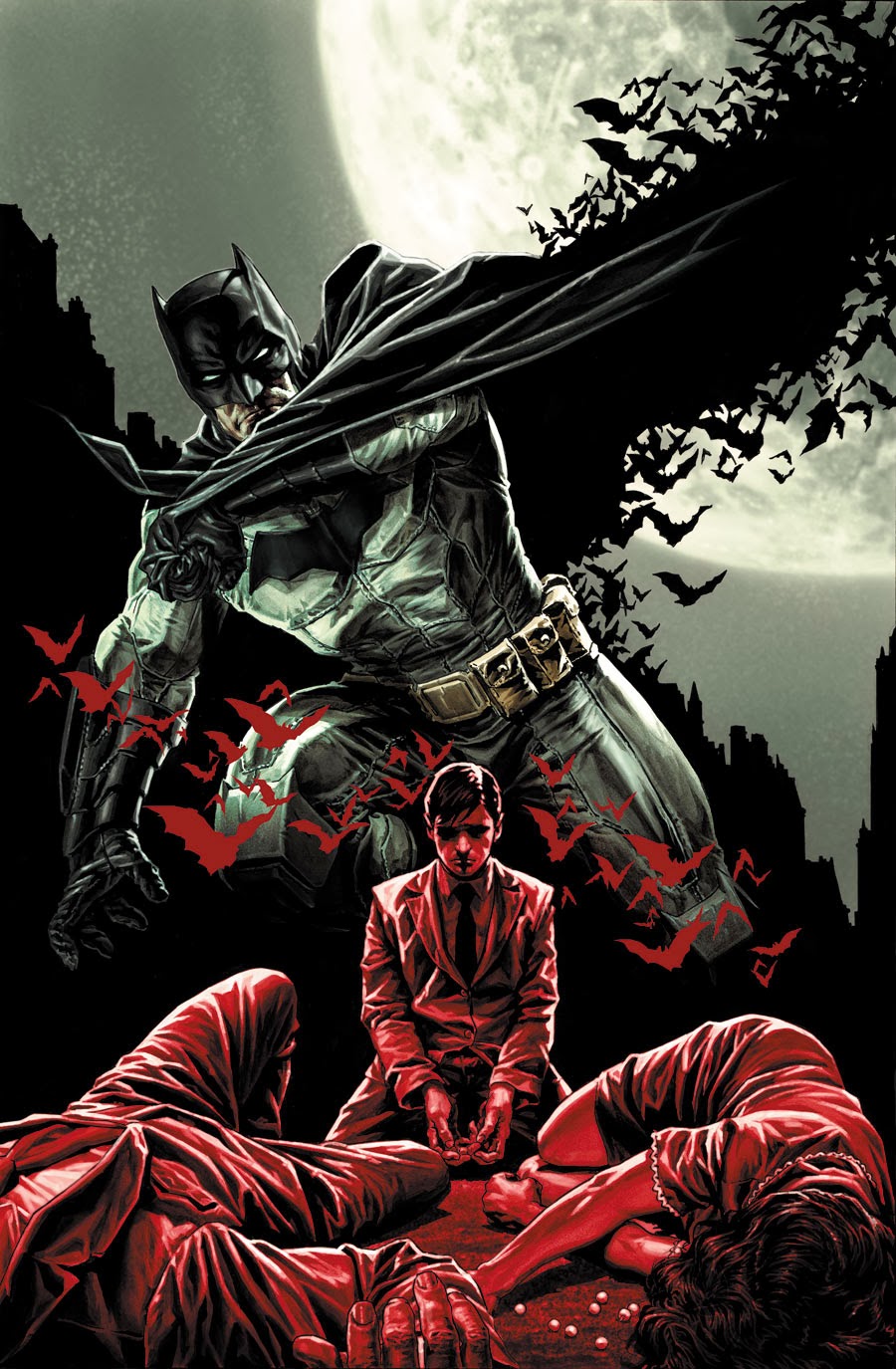 It must be hard to draw the Batman origin scene and keep it fresh. It has been done, portrayed and even illustrated in so many ways, unless you have your own unmistakable style, you could easily blend in and create a 'Groundhog Day' piece. Luckily 'unmistakable' is Lee's middle name - not whatever his mother thinks it is.

DC says: Batman headlines this issue, which also features The New 52 origins of Aquaman and Starfire! (W and A) Various

AQUAMAN #31 The King of Atlantis vs. the Avatar of the Green! It’s Aquaman against Swamp Thing, with countless lives hanging in the balance! But why – and what does this mean for rest of The New 52? (W) Jeff Parker (A) Paul Pelletier and Sean Parsons

ALL-STAR WESTERN #31 Hex is back in the Old West – and he’s joined forces with Tallulah Black to hunt for…the real Jonah Hex? And in the backup story, Madam .44 is lost on a harsh, alien world where she discovers that justice can still be won with a bullet. (W) Justin Gray and Jimmy Palmiotti (A) Cliff Richards and Jose Luis Garcia-Lopez (back-up story)

BATMAN/SUPERMAN #11 A new arc begins! As something terrible happens to the World’s Finest team, a Dark Knight who is not quite himself must team up with Lois Lane to find a missing Man of Steel. Meanwhile, Selina Kyle encounters a person of amazing strength who has no idea who he is. (W) Greg Pak (A) Jae Lee.

UNDER THE RADAR
DOOM PATROL OMNIBUS HC The entire run of Grant Morrison’s Doom Patrol is collected in hardcover! These tales challenged the boundaries of super-hero adventure with characters like Crazy Jane, the Brotherhood of Dada, Flex Mentallo, Danny the Street and more! 1,200 pages. Mature Readers. (W) Grant Morrison (A) Richard Case and others

SOUNDS LIKE AWESOME
SINESTRO #2 Sinestro’s face-to-face with the Yellow Lanterns, the Corps he built in his own image – but does he like what he sees? It’s time to find out if the Sinestro Corps is strong enough for the mission he has in mind for them – and if they're not, they won't stand a chance against the Pale Vicars! (W) Cullen Bunn (A) Dale Eaglesham

THE NEW 52 – FUTURES END #1 Five years from now, the DC Universe is reeling from a war with another Earth, leaving the world unprepared for an approaching evil that threatens to destroy it. Can a time-traveling Batman Beyond help avert the impending apocalypse? Find out in this new weekly series as Grifter turns against humanity and a Justice League member dies! (W) Keith Giffen, Dan Jurgens, Brian Azzarello and Jeff Lemire (A) Patrick Zircher

SUPERMAN: DOOMED #1 (of 1) Beginning the super-event you have been waiting for in The New 52: Superman vs. Doomsday! With Doomsday’s deadly new abilities, there can be no winners. The Man of Steel must unleash insane levels of power in order to do the job, only to terrify the world he’s saving. (W) Scott Lobdell, Greg Pak, Charles Soule (A) Ken Lashley