SWEET AS: The Best From IDW Publishing's May 2014 Solicitations

When we Kiwis find something we like, we say it's 'Sweet as'. When I look at the best and new releases from IDW Publishing for May 2014, these comics make the 'Sweet As' grade: 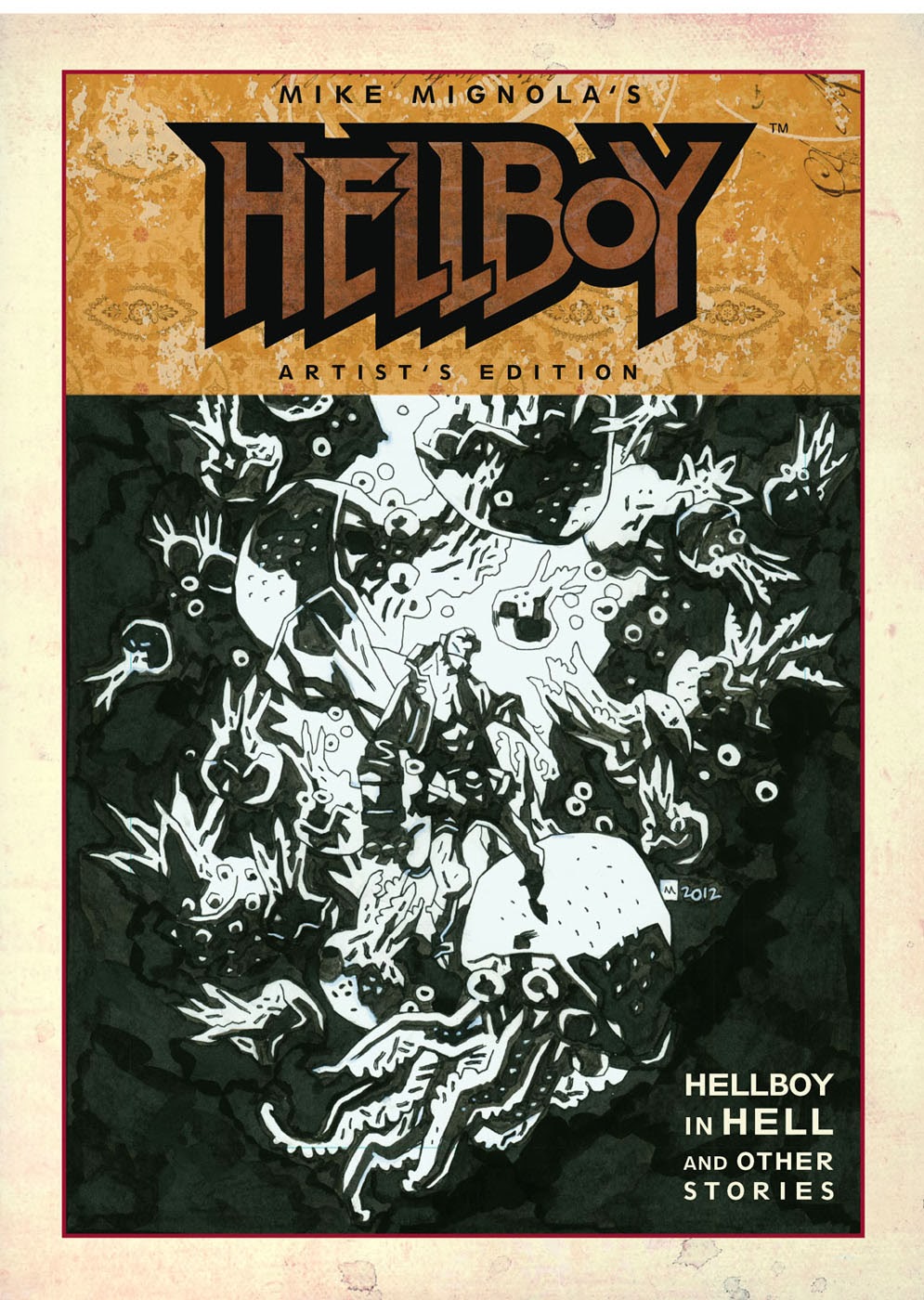 How can anyone walk past a book promising to collect Mignola's Hellboy in black and white? It's better than being in colour! And at actual size... okay I'm drooling now...

IDW says: Mike Mignola is one of the preeminent comics creators of the past 25 years. His career was already firmly established, and then came Hellboy. Mike's iconic creation struck a meteoric chord with fans from the very start and has not abated in the 20 years since his debut.

This Artist's Edition features the first five issues of Hellboy in Hell as well as a wealth of historic supplementary material: the first three Hellboy stories--the two initial four-pagers, produced for promotional purposes, and the 10-page story from John Byrne's Nextmen #21-- plus The Corpse, and two other tales selected by Mignola for inclusion.

Each page is shot from the original art and showcases Mignola's gorgeous work as closely as possible to the physical page. 200 pages.

TRANSFORMERS: ROBOTS IN DISGUISE #29: Who is Marissa Faireborn--and why does she want Optimus Prime dead?! And more importantly... how did she start working with one of the Autobots deadliest enemies...? Dangerous alliances form, thanks to the terrifying shape the Cybertronians have twisted planet Earth into! (W) John Barber (A) Andrew Griffith

JUDGE DREDD #19 The Hall of Justice has fallen. Sector 1 has been overrun by Judge Death and his cronies. The Chief Justice and Council of Five contemplate a desperate course of action that would have been unthinkable just a few days ago--yet now seems like the only sane choice in a world gone mad. But who's this walking through the ruins, clutching his Lawgiver and sentencing Death to you-know-what? Listen up, creeps--it's never over until Dredd says it's over! (W) Duane Swierczynski (A) Nelson Daniel

STAR TREK: NEW VISIONS #1: THE MIRROR, CRACKED Following up on last years hugely successful Strange New Worlds photonovel, John Byrne once again sets sail aboard the Starship: Enterprise, this time with an ongoing, bi-monthly series that begins by telling the story of what happened after the classic Mirror, Mirror episode of the original series. The crew discovers two strangers in their midst, and quickly learns that one has made a pact with one of James Kirk's oldest foes. (W/A) John Byrne

WEIRD LOVE #1 Presenting the most sexy, bizarro, sick, twisted, politically incorrect, kinky "romance" comics of the 1950's and beyond. In this OMG-I-Can't-Believe-This! first ish, you are going to be astonished to read luridly illustrated pulp comics fiction like Love of a Lunatic, I Fell for a Commie, and more! (W) Joe Gill, Cupid and more (A) Jose Luis Garcia-Lopez, Vinnie Colletta, and more 48 pages

LITTLEST PET SHOP #1 The Littlest Pet Shop opens for business! Russell and Penny Ling have a puzzle for their friends to solve, and the race for clues will send them all over Downtown City. Only one team can claim the prize, but is there room for so many big personalities on one moped? (W) Georgia Ball (A) Nico

ROGUE TROOPER CLASSICS #1 Clone war! Nu-Earth, a planet ravaged by war, its atmosphere poisoned by chemical weapons. In this battle-scarred landscape, the Norts and Southers fight where only the Genetic Infantrymen can survive unaided. Rogue is one such soldier, and these are his tales... This series features the earliest stories surrounding one of 2000 AD's best-loved characters, all in color for the first time! (W) Gerry Finley-Day (A) Dave Gibbons.

MARS ATTACKS: FIRST BORN #1 It's Mars Attacks like you've never seen it, from the co-creator of The Maxx! When Mars attacked Earth, the battle left no side unscarred, least of all a lonely old man and his blind niece...along with the first Martian child born on Earth! Will the child's warlike ways take over, or is there more going on here than it seems? (W) Chris Ryall (A) Sam Kieth

THE BEAUTIFUL WAR #1 The team behind the acclaimed Lore (in development now as a major motion picture), return to launch their latest and greatest series, the all-new, ongoing and bi-monthly Beautiful War! When industrialist Audel Howard lets the green fairy out of the bottle, he makes a deal that no mere mortal man can refuse. Wine, women, song and a large backyard extension called America is now coming his way. (W) Ashley Wood and T.P. Louise (A) Ashley Wood