SWEET AS: The Best From Image Comics' May 2014 Solicitations

When we Kiwis find something we like, we say it's 'Sweet as'. From the final issue of Fatale, to the latest new series from the Millarworld imprint, MPH, when I look at Image Comics' May 2014 solicits, these make the 'Sweet As' grade: 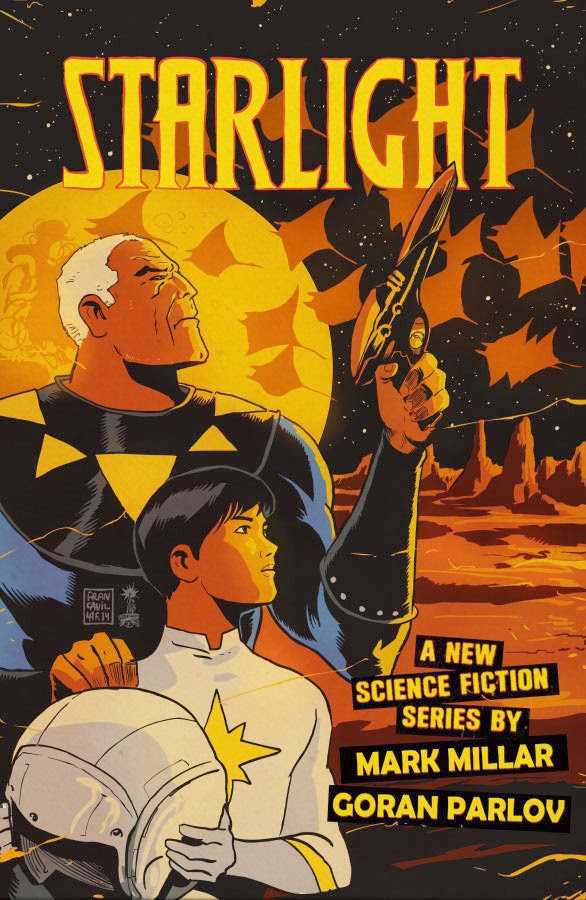 It's like a movie poster, novel cover and billboard in one, but it's fast becoming science fictions biggest fact that if you want to catch attention, you have Francesco provide a cover or two.

Image says: Duke and his young companion begin their first adventure together! To the people of Tantalus, Duke is a hero and savior. Now, he's their last chance to vanquish the new menace that has invaded the peace-loving world he left behind. But four decades have passed: Duke's not the young man he once was, and the enemy he faces is more powerful than anything he faced in the good old days. (W) Mark Millar (A) Goran Parlov

FATALE #24 The final extra-length issue! Will Josephine's final secrets be revealed? Will there be much tragedy? Will Brubaker and Phillips fans love all the crazy extras jammed into this special final issue? Yes, yes, and yes. (W) Ed Brubaker (A) Sean Phillips and Bettie Breitweiser

SPAWN #243 Sara is in great danger after mysteriously disappearing, and Jim frantically searches for the person responsible. Not knowing where to point the finger and with time running out, Jim seeks out the one individual who may have answers...but it may be too late.. (W) Todd McFarlane (A) Szymon Kudranski

UNDER THE RADAR
WITCHBLADE #175 DOUBLE-SIZED ANNIVERSARY ISSUE! Starting a new storyline, the team of writer Ron Marz and artist Laura Braga continue their acclaimed run, providing an entry point for new readers, as well as a celebration of all that's gone before. Also features a second story, revealing a previously untold tale of the Witchblade in feudal Japan, as well as other bonus features - and a Michael Turner variant cover! 48pages. 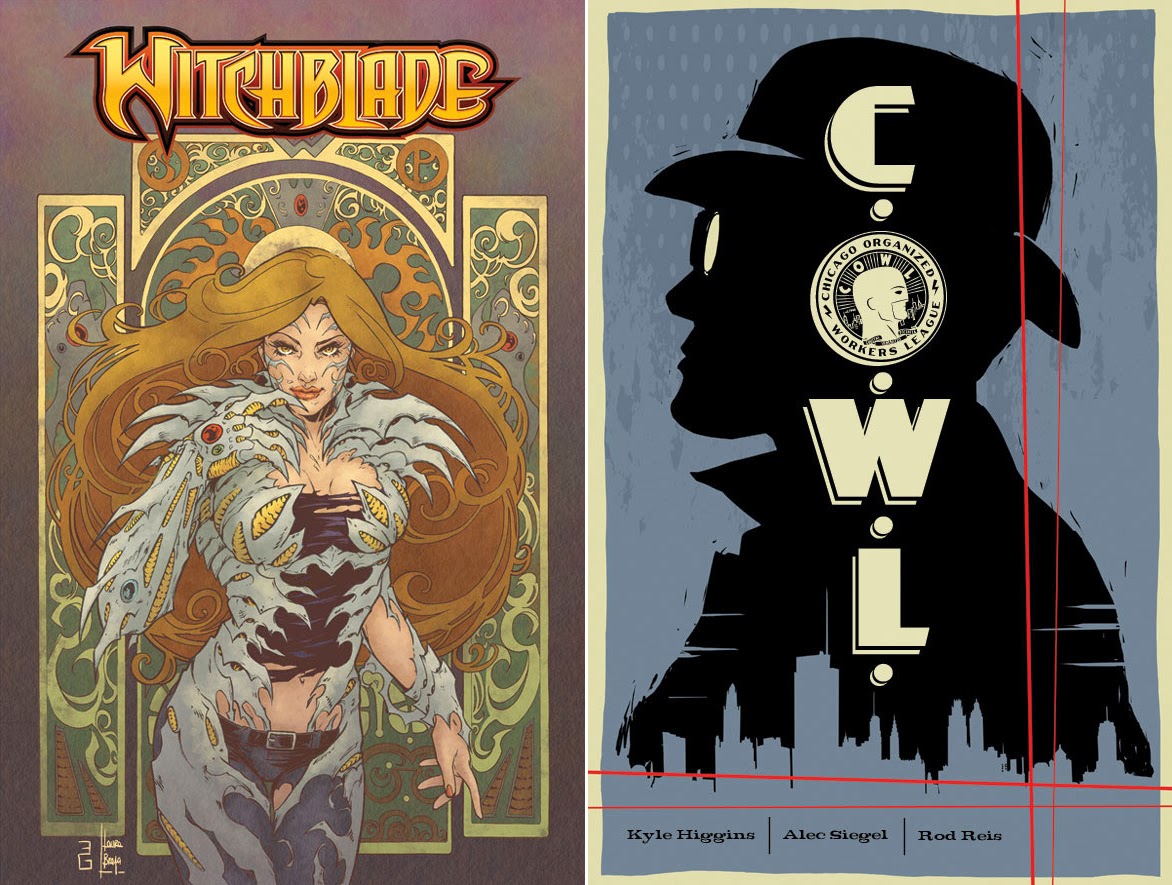 SOUNDS LIKE AWESOME
C.O.W.L. #1 Welcome to the "Chicago Organized Workers League" -- the world's first Super-Hero Labor Union! While C.O.W.L. once stood as a beacon of hope against an epidemic of organized crime and an unbeatable "brotherhood" of Super-Villains, the union now faces its fiercest foe yet -- a disillusioned public. In targeting the last of the great villains, C.O.W.L. attempts to prove its value to the world and to each other, while staving off villainy from both outside and inside its offices. (W) Kyle Higgins and Alec Siegel (A) Rod Reis

THE NEWBIES:  (Aside from those mentioned above)

MPH #1 (of 5) The all-new Millarworld Universe kicks into high gear with this fast and furious miniseries. When a group of hard-luck teens in Motor City stumble upon a street drug called MPH, they gain the power of super speed. Will they use it to save the world? Hell no! Not when there's dolla, dolla bills to be had, y'all. (W) Mark Millar (A) Duncan Fegredo

MADAME FRANKENSTEIN #1 (of 7) In 1932, Vincent Krall sets out to create his perfect woman by reanimating the corpse of the love of his life. He'll soon discover, however, that man was never meant to peer beyond the veil between life and death. (W) Jamie S. Rich (A) Megan Levens

RISE OF THE MAGI #1 A small black sphere contains all the magic that exists past, present, and future. Without it, two worlds would not survive. The sphere has been protected for centuries by a spell that was believed unbreakable. Asa Stonethrow, a common man in the world of magic, discovers the spell has been breached and a small chip of the black sphere has been stolen! (W) Marc Silvestri (A) Sumeyye Kesgin

BURN THE ORPHANAGE: REIGN OF TERROR #1 (of 5) The blow-up hit series from 2013 is back with an all-new, all-monthly series! Rock returns home to find his city under siege, and you won't believe who's behind the mayhem! (W) Daniel Freedman (W and A) Sina Grace

PROPHET STRIKEFILE #1 A who's who of the Prophet universe with a comic history of the Earth Empire and bio sheets of space gods, aliens, and the distant worlds that contain them. (W and A) Various

CHEW/REVIVAL #1 Tony Chu heads to Wisconsin in two all-new original tales by the creative teams of both critically acclaimed titles! A great jumping-on point for readers who've heard how damn good these titles are on their own, and a twisted delight for those already in the know! 40pages. (W) John Layman and Tim Seeley (A) Rob Guillory and Mike Norton

NAILBITER #1 Buckaroo, Oregon has given birth to sixteen of the vilest serial killers in the world. An obsessed FBI profiler investigating the town has suddenly gone missing, and now an NSA Agent must work with the notorious serial killer Edward "Nailbiter" Warren to find his friend. (W) Joshua Williamson (A) Mike Henderson

What do you think?  For the full list of Image Comics May 2014 solicitations, click the jump.
Posted by IADW at 9:14 am