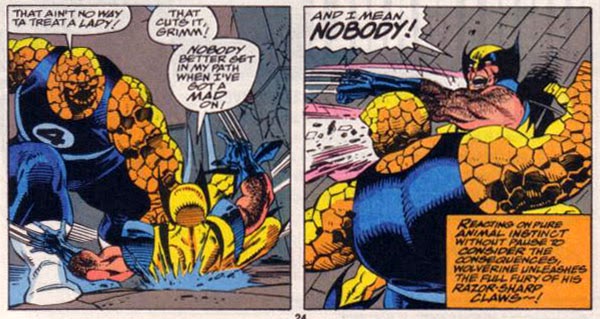 Yeowch! I still remember reading those two panels for the first time. Sure it resulted in the Thing wearing the most bucket and bland-ish masks of the 90's for a few issues, but damn what an impact. In an age where battles rarely left bruises (unless you were reading Frank Miller), this was one scar that was never going to heal if he kept picking - and it soon could be coming to Hollywood. 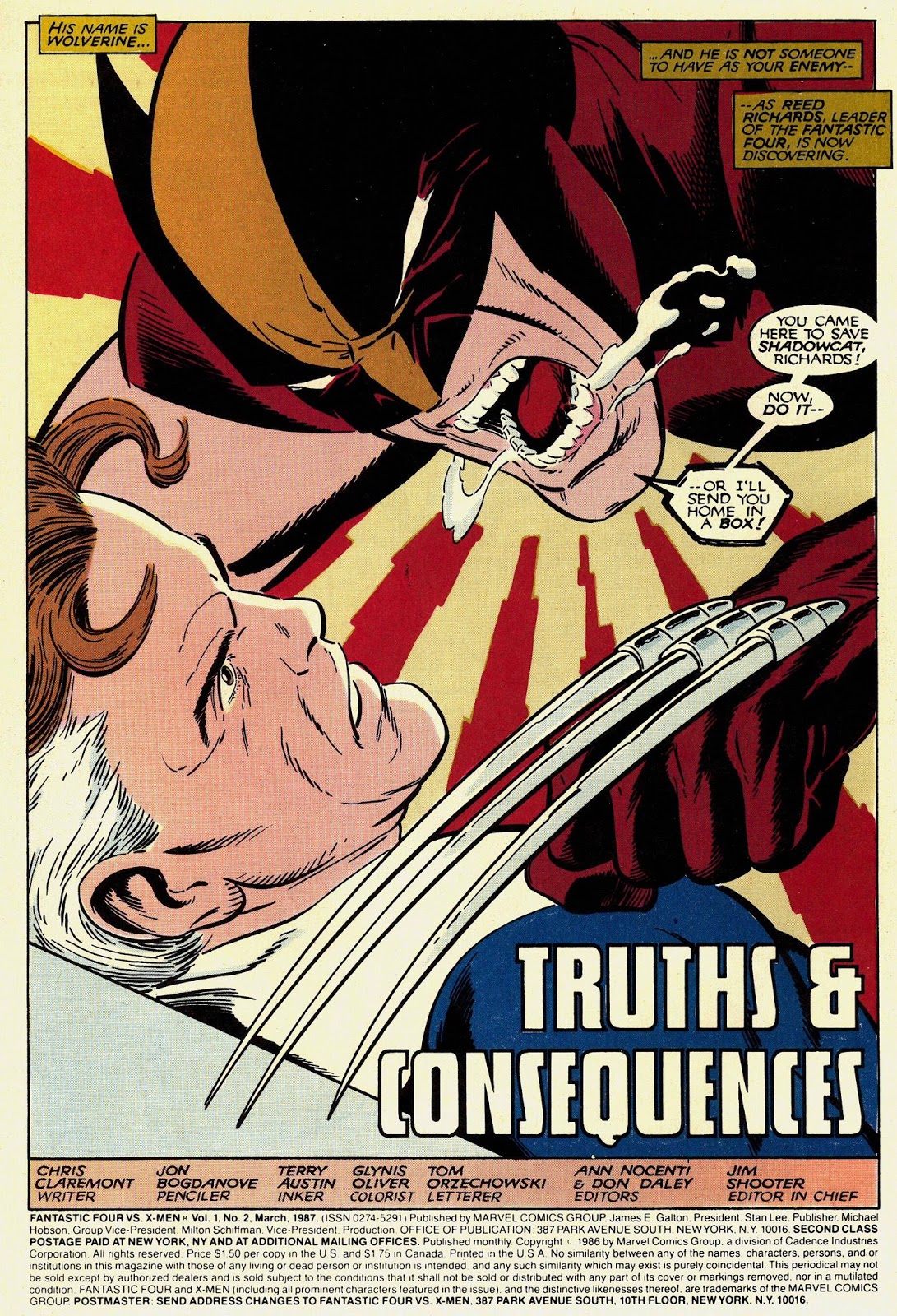 This weekend Fox unveiled a range of movie dates - three of which gave insight into their Marvel based movie plans. A sequel to The Wolverine is set for March 3, 2017 (sorry if that spoils Logan's survival chances for anyone in regards to the upcoming X-Men: Days of Future Past).

An untitled Marvel film is also set for July 13, 2018. This could easily be a spin-off of either of Fox's Marvel licenses, like X-Force, Gambit or Silver Surfer - or possessing two of the flagship franchises of the House of Ideas, it could easily be a Secret Wars type crossover between the first family and the feared freaks - a brawl for it all at the least.