NOW THAT'S WHAT I CALL A SPLASH PAGE: "Looks Like you Could Use A Hand" - Image Comics' Publisher, Eric Stephenson Speaks 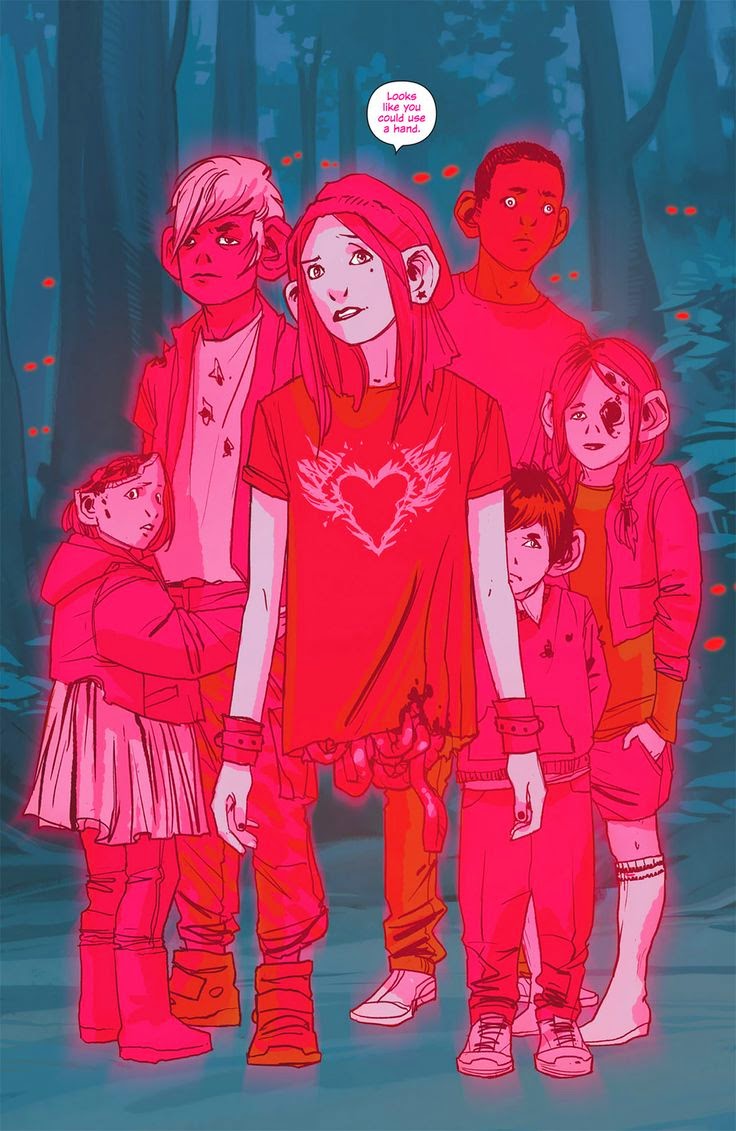 Splash pages, you gotta love 'em. A blank canvas where the artist can hit you with a large dose of illustrated 'wow'. This week, Izabel, the disembodied spectral babysitter of sorts in Image Comics' Saga, drawn by
who else, but Fiona Staples.

Originally, I was going to post one of the splashies from the series retailers like Comixology tried to ban, but after reading Publisher Eric Stephenson's speech at the ComicsPRO retailers meeting in Atlanta on Friday, I thought this was more apt to what he was trying to convey.

Erik's speech resonated with me - especially after DC stating they will launch a third weekly series in an economic depression / recovery, forcing readers to buy four issues a month of one book (or 12 in total if you collect all three), rather than focus on affordable quality monthlies that could be more enticing to cash-strapped readers new or old.

Rather than rant over the blatant balance sheet politics vs. consideration of fans it represents, I wanted to focus space on a constructive speech for a positive and healthier comics market. I admit, I have cut the hell out of it, to highlight key points (the full version is here), but if you read one thing in March, please read and think about this...

"...We know what this business was like in the past, and it’s plain enough to see how it is now. What we should be focusing on is the future. We should all be challenging ourselves to make things better, and I want to challenge us all to build a better industry. One of the first things we need to do is stop looking at the comics market as the “big two” or the “big three.” There are only two kinds of comics that matter: good comics and bad comics. Everything else should be irrelevant.

So stop letting publishers lie to you and deceive you and your readers so they can prop up their position in this industry in their craven attempts to appease shareholders. That may help them in the short-term, but the reality of the situation is they have literally everything BUT your best interests at heart. 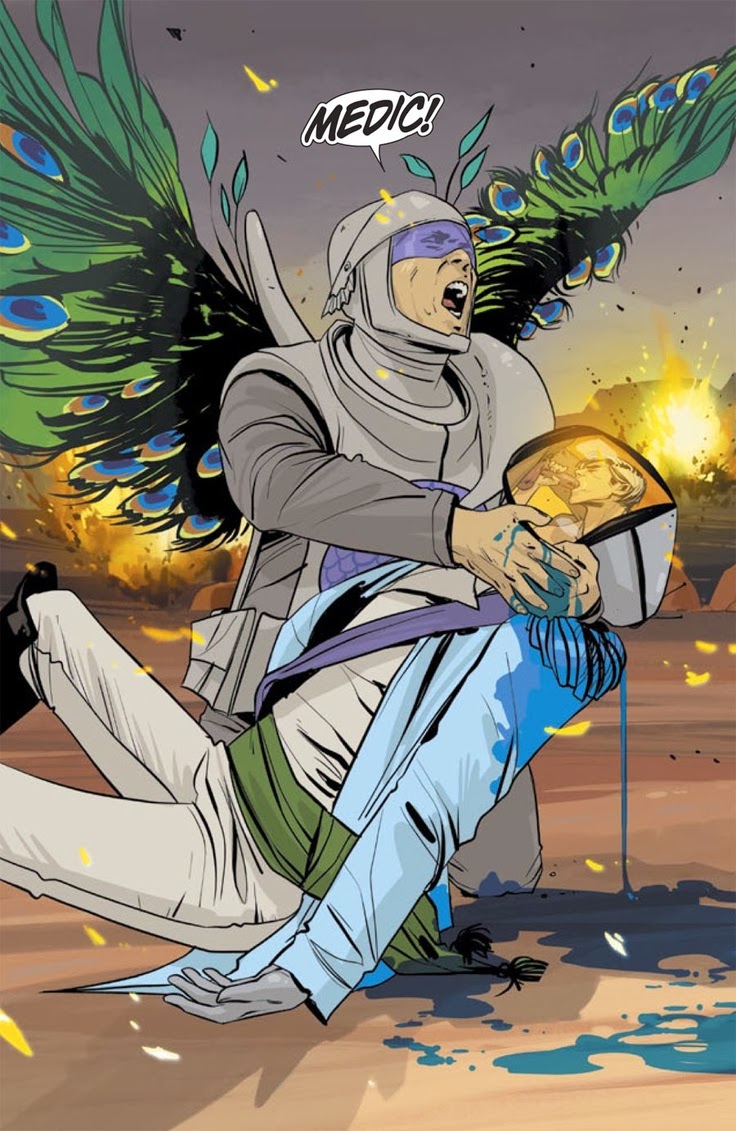 It starts with bi-weekly and weekly shipping and it extends into pricing. Are $4.99 and $7.99 comics going to help our industry in the long run? No, but they sure help the bottom line at the end of the year.

Same with gimmick covers and insane incentives to qualify for variants that will only have a limited appeal for a limited amount of time. They are only produced to shore up market share, that’s it and that’s all, and when used in conjunction with quantity-based incentives, they don't sell more comics, they just result in stacks of unsold books that send the wrong message to your customers about the titles, your stores, and our industry.

Just look at the music industry, where they've nearly re-issued, re-mastered, and re-packaged themselves into an early grave. We can do better than that.

Constantly re-launching, re-numbering, and re-booting series after series, staging contrived events designed to appeal to a demographic destined only to a slow march toward attrition, and pretending that endless waves of nostalgia for old movies, old toys, old cartoons, and old video games somehow equals ideas or innovation will not make us stronger.

There is a vast and growing readership out there that is excited about discovering comic books, but as long as we continue to present comics to the world in the Biff Bang Pow! context of Marvel and DC, with shop windows full of pictures of Spider-Man and Superman, we will fail to reach it.

The biggest problem with comic books is that even now, even after all the amazing progress we've made as an industry over the last 20 years, the vast majority of people have no idea whatsoever about how much the comics medium has to offer. People know what Spider-Man is. People know what Superman is. They know Batman. They know the X-Men. And you know what? They’ve already made their mind up about that stuff, and that’s why the success of those movies has yet to translate into an avalanche of readers into our industry.

We need to fix that.

We can invite readers to innovate with us, but repurposing someone else’s ideas as comic books isn't innovation – at best, it’s imitation, and we are all so much better than that.

THE WALKING DEAD is one of the most successful franchises in the history of comics – and it is completely homegrown. YOU helped make that happen. YOU helped build that success. Robert Kirkman, Image Comics, you – we did that TOGETHER.

It all started with new creativity and your support.

While the rest of the entertainment industry lays back and churns out sequel after remake after reboot after sequel, we need to be on the frontline with the biggest, boldest, and best of the new ideas that will keep this industry healthy and strong for years to come. This industry has existed as long as it has because of the ingenuity of men and women all over the world who yearn to share the fruits of their imaginations, not simply finding new ways to prolong the life of existing IPs."

What do you think?  For more great splash pages, click here.
Posted by IADW at 12:49 pm