NOW THAT'S WHAT I CALL A SPLASH PAGE: Jessica Drew Gears Up 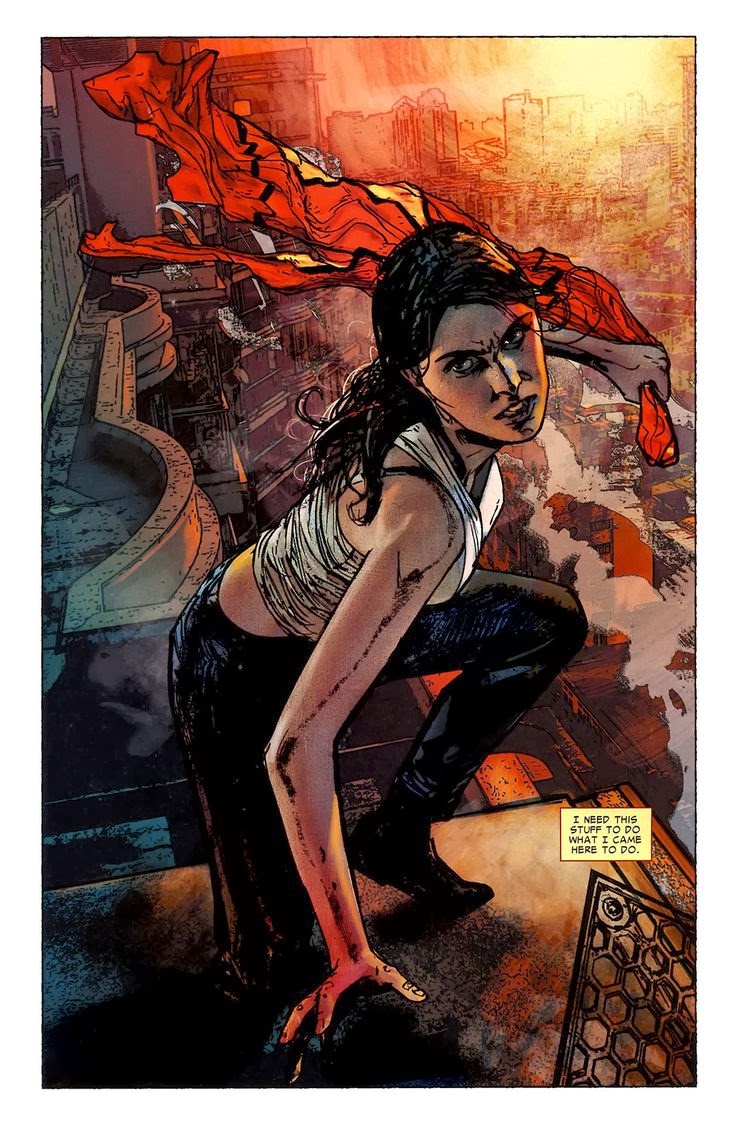 Splash pages, you gotta love 'em. A blank canvas where the artist can hit you with a large dose of illustrated 'wow'. This week, Spider-Woman Jessica Drew, drawn by Alex Maleev.

While you could almost say Alex's art in comics is almost as a bizarre an absence, Marvel's use of first Spider-Woman Jessica Drew has to be one of comics' biggest headscratchers.

She's an Avenger (which is kinda a big deal right now), has 'Spider' in her first name, a history that ties into S.H.I.E.L.D., and has had her own self-titled cartoon, yet a solo series is no where on the horizon.

As a kid addicted by the cartoons, if a comic even sneezed Spider-Woman I brought it. She's an icon of icons, and while her whole motion comic biz a few years back was a screw-up even before it left the station, as you can see from this here splashie, neither Jessica or Alex were responsible.

What do you think?  For more great splash pages, click here.
Posted by IADW at 6:00 pm