Sometimes you stumble across an artist who has only a couple of comic based pieces, other times there can be just one work so brilliant, you'd risk being stoned to death by fellow art lovers for putting something else beside it. These are Random Works of Wow and illustrating the point this week is Paul Guinan and Wonder Woman. 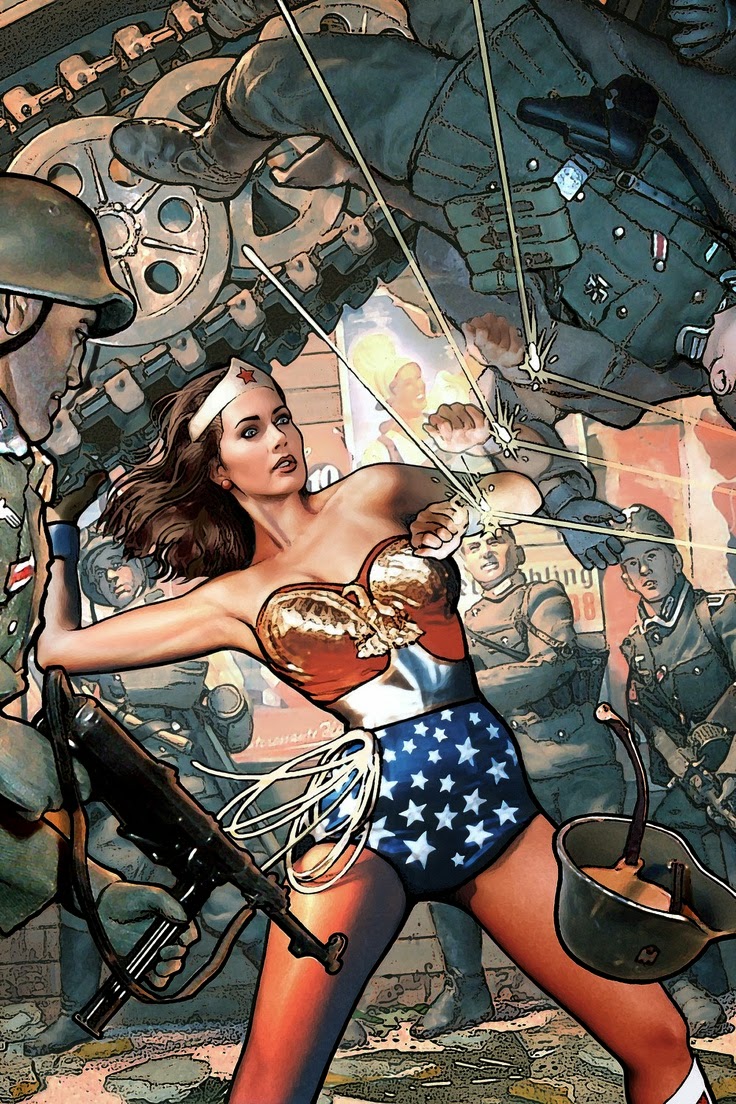 I love my mythological Wonder Woman, but nothing puts the smile on my dial like seeing Diana smash up some Nazi's. The fact that Paul clearly captures TV 'Wonder Woman' Lynda Carter in his art, well that's just the tiara on the amazon.

While there is another Wonder Woman print on Guinan's Etsy store at the moment, hopefully it won't be long before this is reoffered once more.