When we Kiwis find something we like, we say it's 'Sweet as'. When I look at Image Comics' June 2014 solicits, these make the 'Sweet As' grade:


COVER OF THE MONTH:  JAMIE MCKELVIE AND MATT WILSON  THE WICKED + THE DIVINE #1 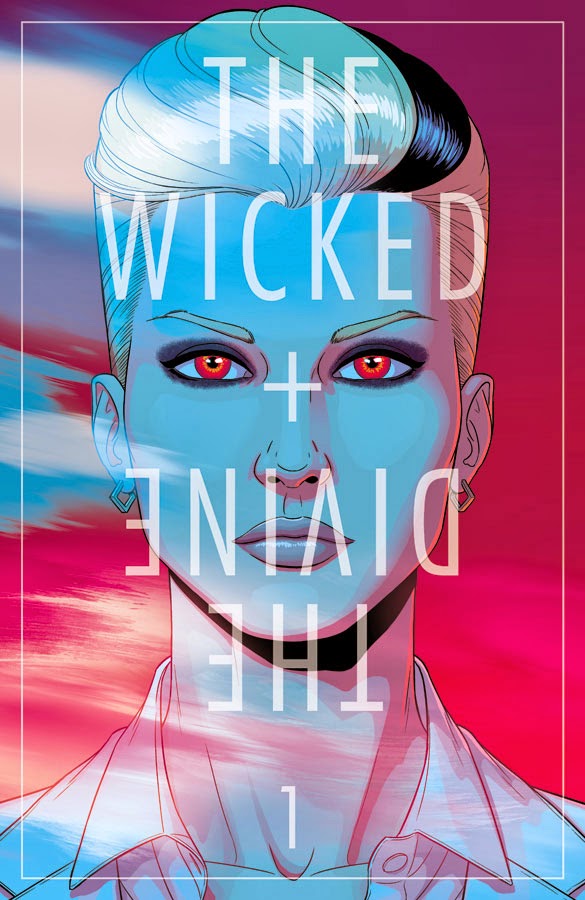 9 days out of 10, I'm the guys saying comics don't have to be ashamed of their past, and there's no need to go 'fine art' when crazy captions and hand-drawn typefaces still pull. Today is the tenth day. When you break from the stare, pour yourself a glass of something nice.

Image says: Every ninety years, twelve gods incarnate as humans. They are loved. They are hated. In two years, they are dead. The team behind critically thermonuclear floor-fillers Young Avengers and PHONOGRAM reunite to start a new ongoing superhero fantasy with a beautiful oversized issue. Welcome to THE WICKED + THE DIVINE, where gods are the ultimate pop stars. But remember: just because you're immortal, doesn't mean you're going to live forever. 40 pages. (W) Kieron Gillen (A) Jamie McKelvie and Matt Wilson

SOUTHERN BASTARDS #3 Earl Tubb's one-man war to clean up Craw County begins to rage out of control, as it claims its first casualty. (W) Jason Aaron (A) Jason Latour

UNDER THE RADAR
THE DARKNESS: CLOSE YOUR EYES (ONE-SHOT) (The Darkness is the best concept in comics not ranking where it should. This one-shot could be the first step on a return to glory - Dan). Los Angeles more than a hundred years ago: a different place, yet the sun still burns down the ground and the oilfields flow. This is a story of another Estacado. This is a story of love. This is a story of death. (W) Ales Kot (A) Marek Oleksicki.

SOUNDS LIKE AWESOME
OUTCAST BY KIRKMAN & AZACETA #1 NEW HORROR SERIES FROM THE WALKING DEAD CREATOR ROBERT KIRKMAN! Kyle Barnes has been plagued by demonic possession all his life and now he needs answers. Unfortunately, what he uncovers along the way could bring about the end of life on Earth as we know it. 44 ad free story pages, for the regular price of just $2.99! (W) Robert Kirkman (A) Paul Azaceta and Elizabeth Breitweiser 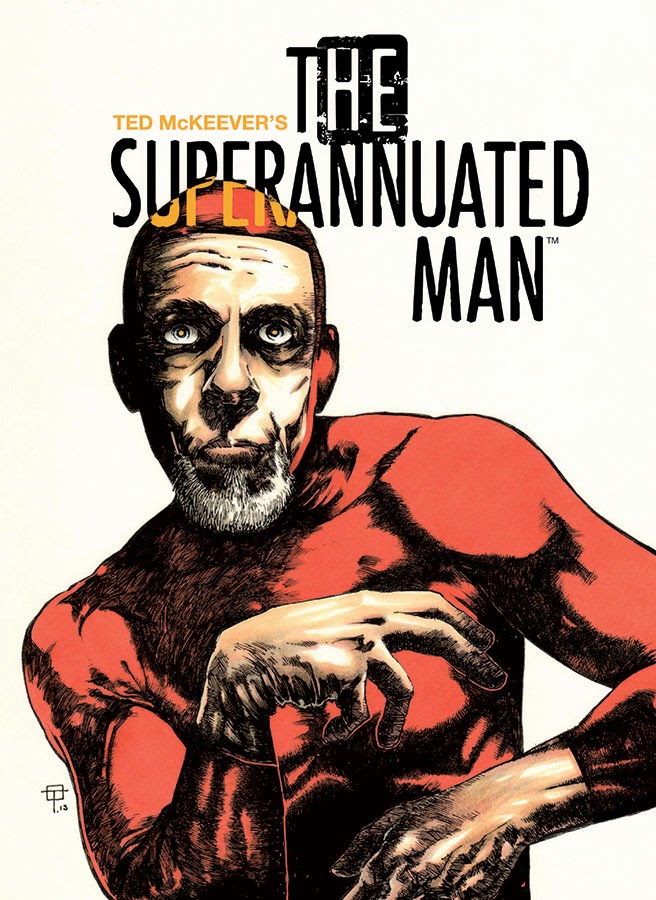 THE BEST OF THE NEWBIES:   (Aside from those mentioned above)

THE SUPERANNUATED MAN #1 (OF 6) By the time most people realized it, they were no longer in charge of the world we know. In an unspecified future, the small seaside town of Blackwater has now been taken over by advanced and mutated animals. Most of the humans that lived there are now either dead or gone, but one old-man remains, scavenging off the scraps and refuse of humanity's past, and doggedly defying the new tenants. (W and A) Ted McKeever

RED CITY #1 In the wake of a system-wide civil war, hard-nosed interplanetary investigator Cal Talmage is given a simple mission to find a missing ambassador's daughter in Mars Central, a.k.a. Red City. The routine case quickly complicates as Cal finds himself in the midst of rival alien mobs, street vendettas, and political conspiracies. As he discovers that another war is brewing, the lives of an entire race hang in the balance. (W) Daniel Corey (A) Mark Dos Santos

What do you think?  For the full list of Image Comics June 2014 solicitations, click the jump.
Posted by IADW at 6:00 am