THE 20 YEAR CRUSADE: Tucci To Mark Shi Anniversary With MegaCon 'Way of the Warrior' Variants 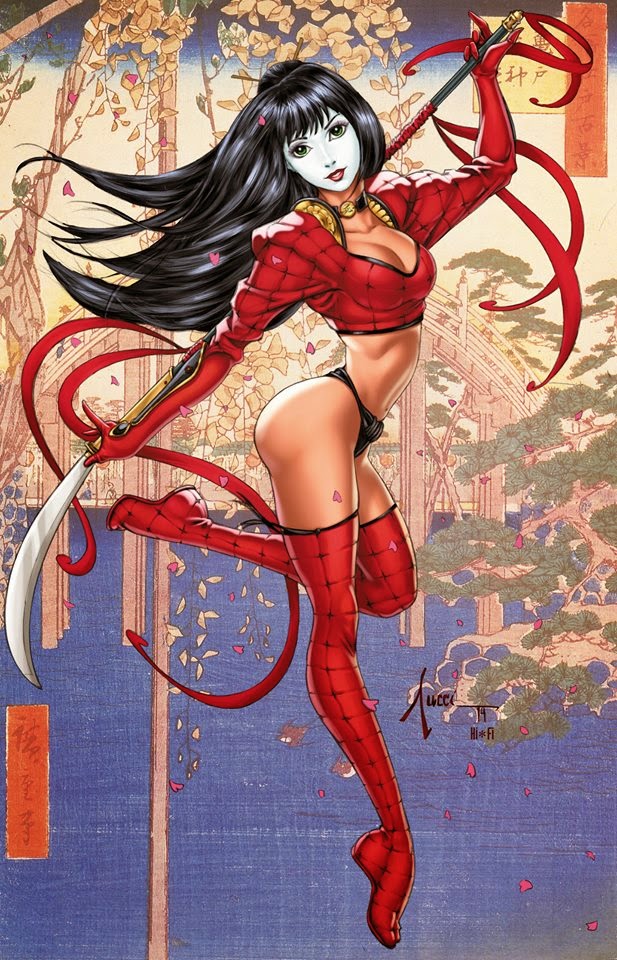 No other "bad-girl", 90's or not, ever held a sword to Shi. Debuting in March 1994, with the now legendary Shi: Way of The Warrior #1, the landmark issue is back 20 years on, to celebrate two decades of modern-day samurai vengeance, identity and awesome.

It's hard to believe one of the things my memory has held onto all these years, is seeing the original cover to Way of the Warrior, with Ana Ishikawa's face sternly looking out between two swords in the pages of the now defunct Advance Comics catalog.

The launch of the American leg of a year long anniversary tour for the character, London exclusives completely sold out.

Reflecting on the character that transcended independent publishing with a melding of Japanese mythology, history, and action that inspired a raft of imitators, Tucci stated "I cannot believe it’s been twenty wonderful years since Shi’s debut on the world stage and the original MegaCon Tampa show in 1994 was my first comic convention so this is going to be a great homecoming."