The Incredible Hulk. Magneto. Jason Blood. The Spectre. Often in comics best, it is the war within that lifts the bar - and it is that exact premise that grounds Biowars - the FREE downloadable digital comic series. As Alexander Hawking risks life and limb against the Combine forces in our world, inside him, die-hard BioWarriors face a deadly pathogen engineered by Alex's arch-rivals!

Created then produced by Gabriel Shaoolian and written by Mark Powers, Biowars looks to unveil the alien worlds that lie within all human bodies and the wars that rage throughout them on a daily basis. Backing the educational/action-packed script up is a stunning array of vividly coloured art, by the team of Joana Lafuente, Lucius Cross and Gonçalo Lopes that truly gives the epic a sense of scope - with threats to match.

With over 100k likes on Facebook, the active Biowars community is a thriving body on its own - and growing. Production on issue #6 is already underway, teaser art for #5 is surfacing and with issue #4 recently released, there's no better time for new readers to inject themselves into the action and download the existing issues than now.

Click to enlarge the preview of issue four here and see what all the hype is about. 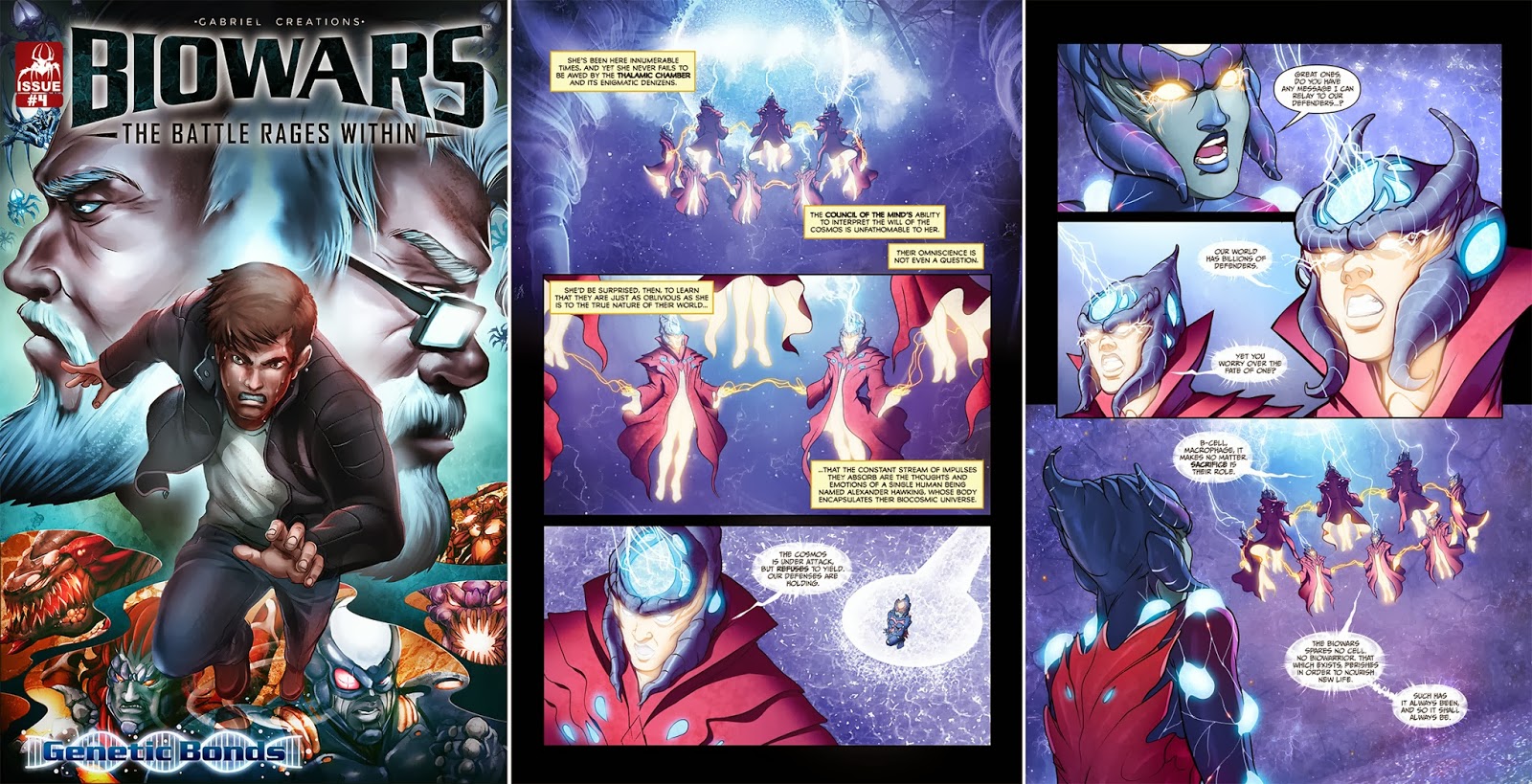 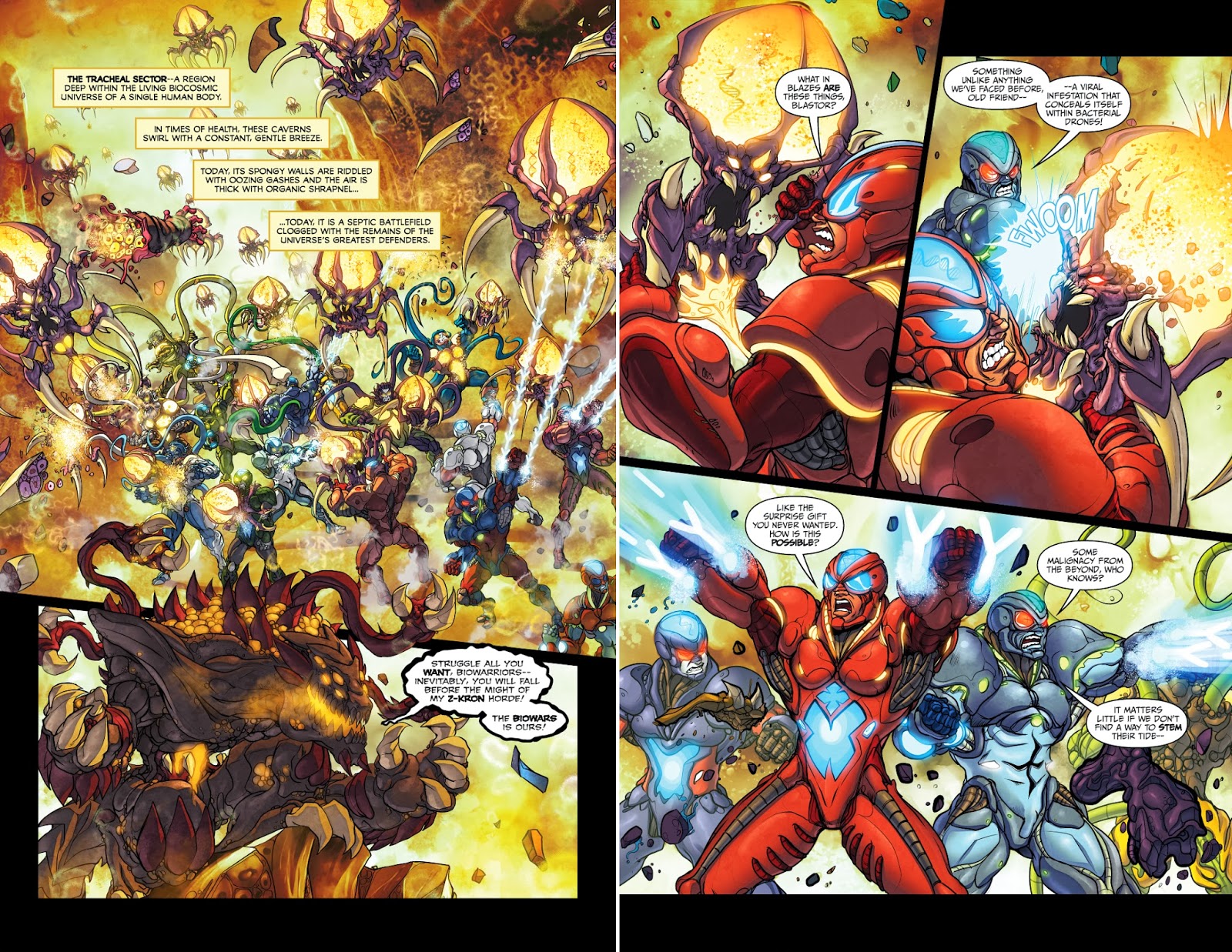 To check out the series for yourself, visit Biowars online here. To go viral with their online fan community, check them out on Facebook, Twitter and GooglePlus.