NOW COMES THE COSPLAYER: The Question, Deadman, Kang And The Best Poison Ivy EVER

I'm feeling pretty bad about not passing out enough of the DC love. Though the DC Bullet era will always be 'my era', it is still the publisher whose range of characters from Kamandi to Adam Strange, Challengers to JLA is the most varied of all. So here, you take this pass the parcel of cosplay DC lovin' and we'll see what lies in it's nougat centre.

See, not every cosplay has to cost an arm and a goat to work. Simple yet stunningly effective, this cosplayer as The Question Renee Montoya, is a haunting and wicked result! Speaking of haunting, if there is one character in the DCU that has kept rising post his rebirth in Brightest Day, it is Deadman. Photographed by DTJAAAAM, the possessor of bodies in this red leather cosplay get-up reminds me of the awesome mental wars in the film The Cell. 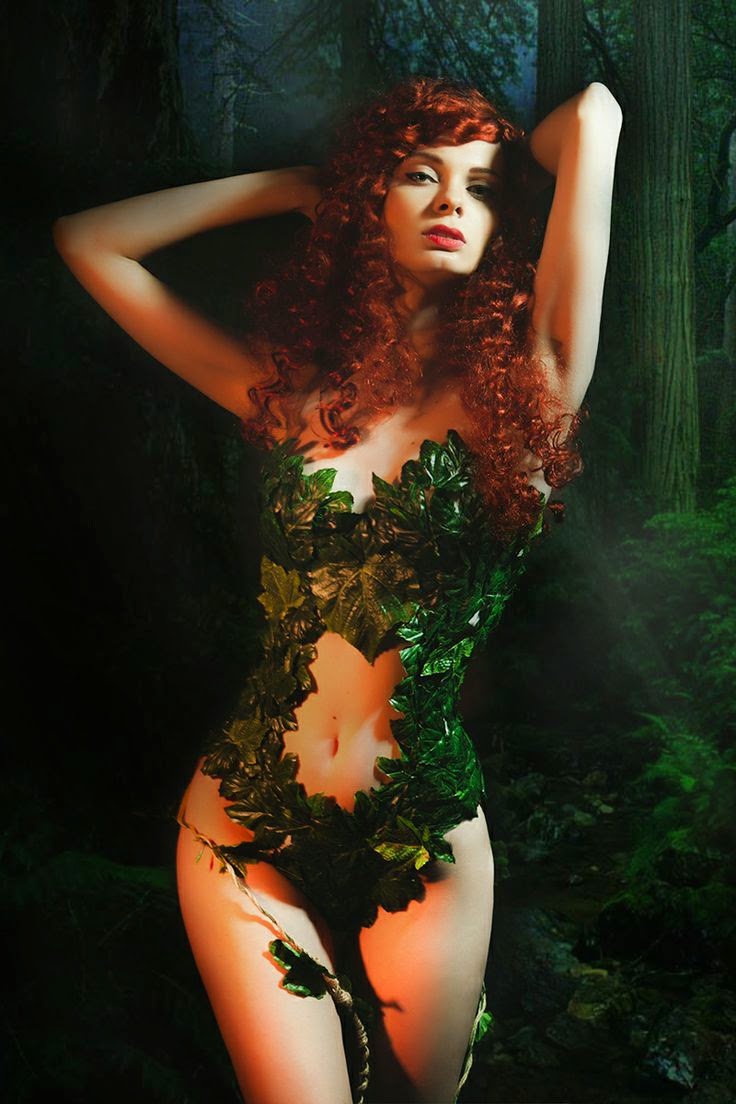 Now weisenheimers out their have already said 'Hey Kang's Marvel not DC!' But wouldn't it be cool if he was - even for just a crossover or two. Personally I've always liked Rama Tut more than Immortus or Kang - because a) he's a foe of the Fantastic Four and b) anything ancient Egypt related rocks - but everytime I look upon this cosplay, captured by Pat Loika, my fan-love for Kang moves on to the next level!

Getting down to the final layer of DC lovin' is perennial pin-up girl Poison Ivy. I try to stay away from the usual bouquet of cosplay choices, but when the results bloom like this, they are hard to ignore!

Whenever I've gone to draw Dr. Pamela Isley, I always try to convey that the plants that form her attire are constantly moving all the time - leaves expanding, roots reaching out - because I think it would be a disorientating effect on her victims, and it just doesn't fit the theme of the character to me that she would wear dead or pruned plants and over live ones. Here with her midriff showing, Ivy almost gives off that feeling for real!