You scream, I scream we all scream for cosplay teams! Don't ask me how I come up with the introductions to these posts, I claim part genius part bourbon, but really they come to me in a vision, which is like a Mazda but made of clouds. While I refine mixing metaphors, indulge yourself in these cosplay teams!

What I wouldn't give to run around in that Sasquatch. At the grocery store I could take 13 items through the 12 items or less isle and no one would nag! Alpha Flight's Northstar and Aurora look more smokin' than siblings should be aloud to be, and while Snowbird looks like she can't wait to get the photo over with, Shaman proves a Cher wig has more than just one use. 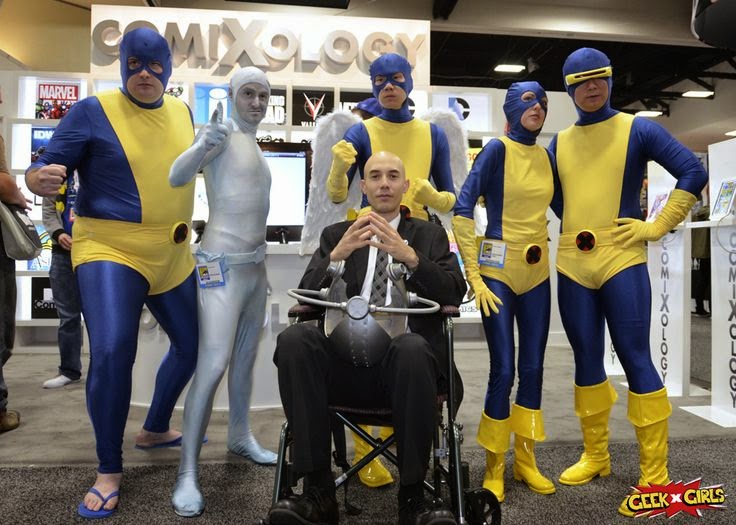 Sitting felony for felony in terms of comics best rogues gallery, The Flash's foes captured here on Instagram make for an awesome combo. While some might think Pied Piper has Mirror Master on a leash, I'd just say pay more attention to where the Scottish thugs fists are aiming - they look pretty lethal!

Back on the Marvel side of the fence, it's the original X-Men! Marvel Girl and Cyclops look like a couple, Iceman, cool as ever and Beast is showing his Down-Under appeal, sporting a pair of jandals. Nothing says 'team' like unified colours, oh and a badge. Everyone loves badges. 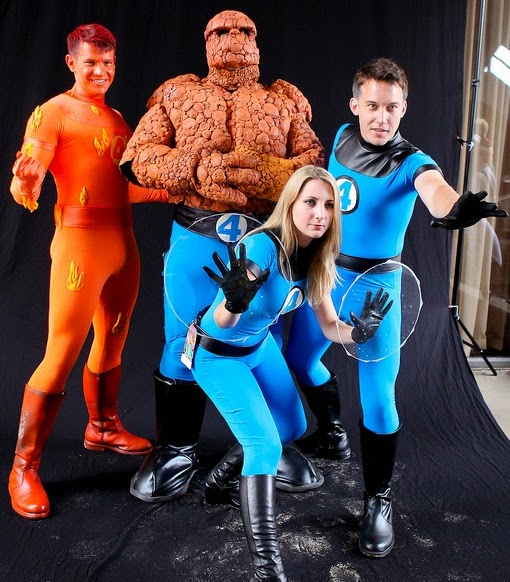 Great, now I'm limited to really tiny words. In all of comics I can't think of a harder team to be than The Fantastic Four, yet this crew does brilliantly.

The Human Torch shows spray tan overload can be a positive, while the idea to place shields on Sue's hands is genius (until she goes to eat or drive that is).

While Reed could've joined the greater commitment and walked around on stilts, the fact he didn't, proves he really is the smartest dude alive.