PREVIEW OF THE WEEK: SAVAGE DRAGON #194 "Mom's Dead. This Big Demon Came Up Out Of The Ground And Squished Her." 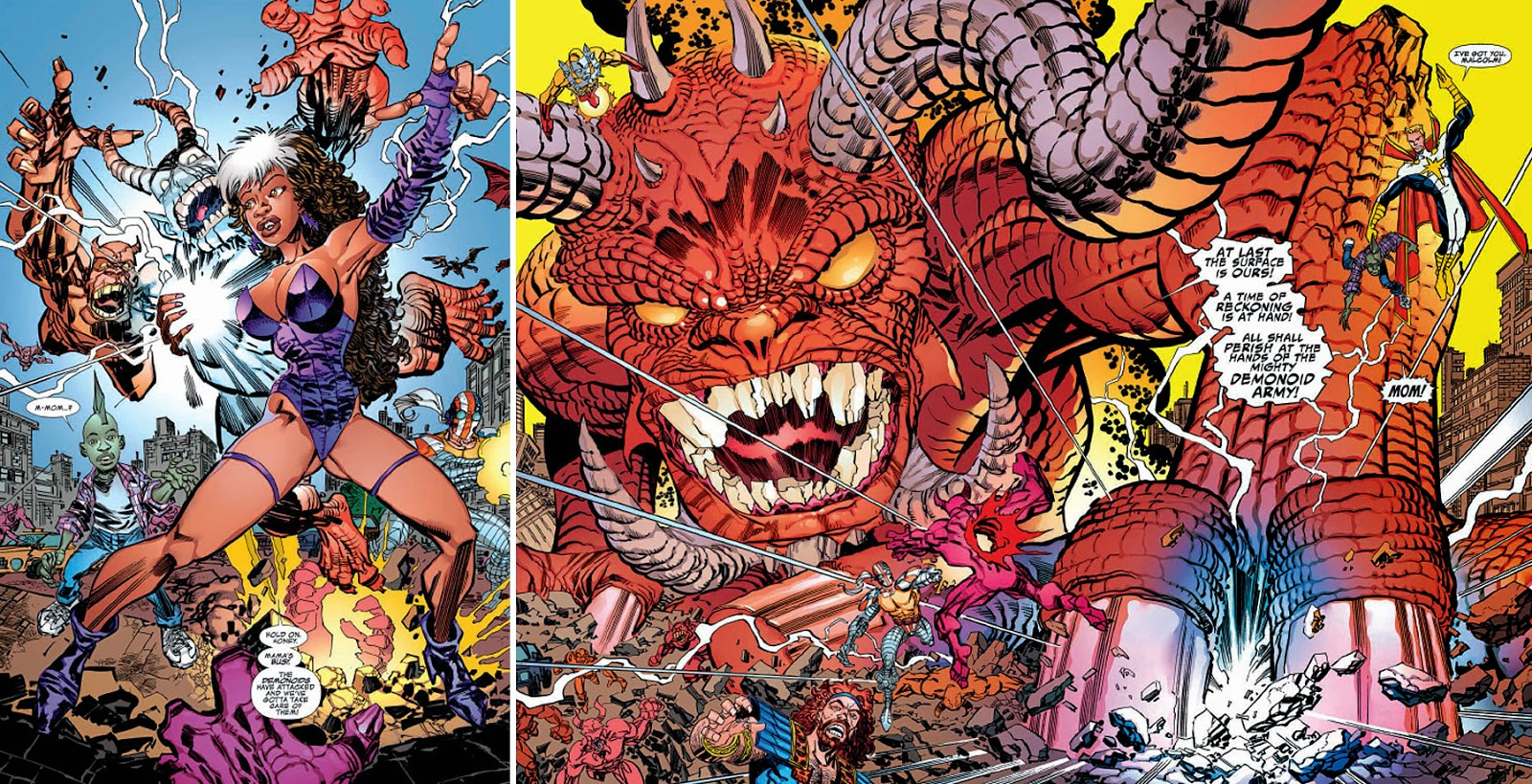 WHY YOU SHOULD CARE IN 70 WORDS What, Super Patriot isn't enough? How about the fact Erik Larsen is still writing, drawing and inking the same character, in the same un-needlessly relaunched series he was when he helped launch Image Comics? He's like a one-man Rolling Stones! Throw in a passing of the torch between Dragon and son, and a tonne or two of Larson meets Kirby art and we're sorted. Oh yeah, and a BIIGGG demon.

IMAGE COMICS SAYS: SAVAGE DRAGON: THE NEXT GENERATION! Malcolm Dragon has big shoes to fill. His father saved the world on a few occasions and kept Chicago's notorious criminal organization the Vicious Circle at bay for decades — can the younger Dragon hope to live up to the legacy of his famous father? Not if the new nemesis Torment has anything to say about it! With a benevolent voice in one ear and a sadistic one in the other, he may just be the most conflicted killer of them all, and Malcolm Dragon is the only one standing in the path of this fearsome new foe! $3.99 (US)