SPANDEX AND A LEASH: Catwoman Leads 'Batman' Round State Fair 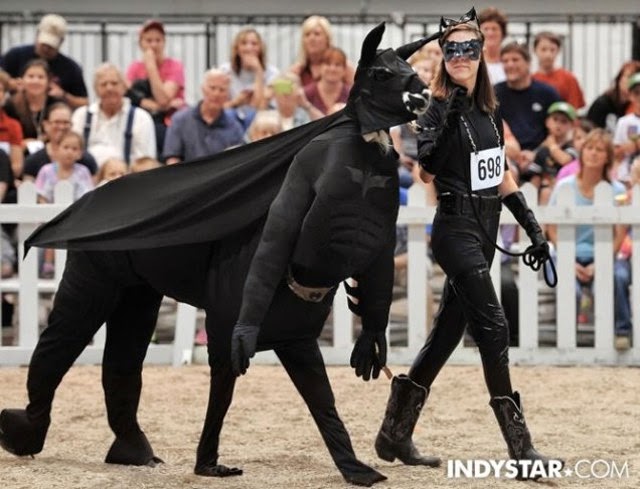 Indiana State Fair. Home to arts, crafts and Llama dressed up as Batman, walked around by his Catwoman 'handler'. Now while the costume seems to answer the joke of where Robin was in Batman Begins, Bats does look pretty odd with six arms. Infact, if this Llama lovin' lassie really wanted to score comic cred, she could've gone as Black Cat or Shriek and dressed the Llama up as: 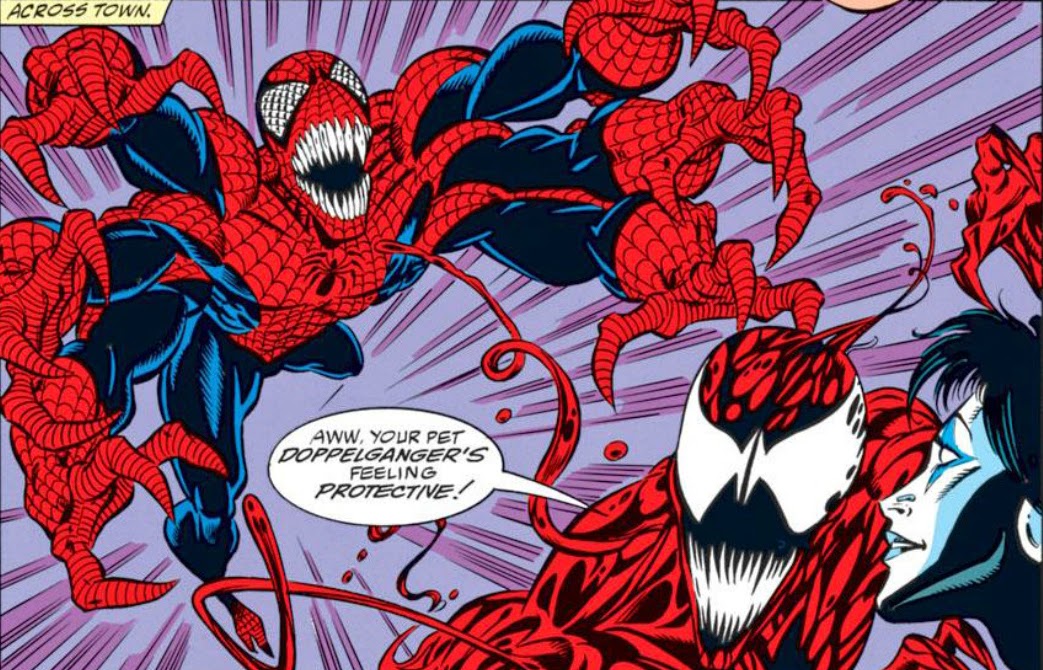 That would've been cool. God bless the spider-saturated 90's.