SWEET AS: The Best From DC Comics' July 2014 Solicitations

When we Kiwis find something we like, we say it's 'Sweet as'. When I look at the new releases of DC Comics for July 2014, these comics make the 'Sweet As' grade: 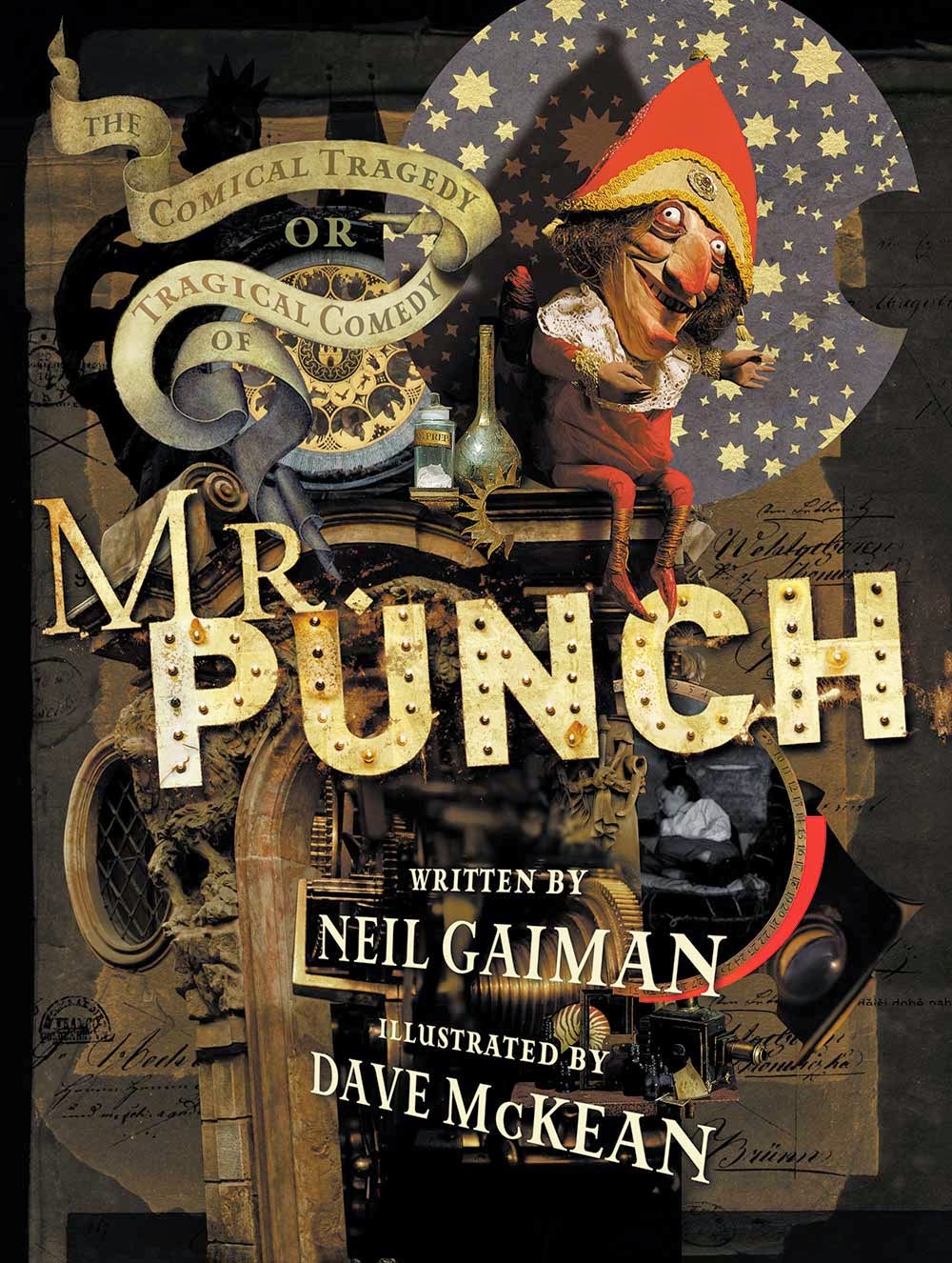 20 years on and the colours have changed a bit, but this re-release of the book that had me discover both writer Neil Gaiman and artist Dave McKean is still as powerful as it ever was. If you haven't read Mr Punch, you're missing out on one of the duo's greatest works.

DC says: The classic graphic novel by Neil Gaiman and Dave McKean is back in a new hardcover edition with bonus sketch material! Spending a summer at his grandfather’s seaside arcade, a troubled adolescent becomes involved with a mysterious Punch and Judy man and a mermaid-portraying woman. But when the violent puppet show triggers buried memories of the boy’s past, the lives of all become feverishly intertwined. With disturbing mysteries and half-truths uncontrollably unraveling, the young boy is forced to deal with his family’s dark secrets of violence, betrayal, and guilt. MATURE READERS. 104 pages. (W) Neil Gaiman (A) Dave McKean
THE REGULAR READS

THE SANDMAN: OVERTURE #3 The armies of the night are gathering. The universe is beginning its final dance. Morpheus, far from home, walks the path of madness, accompanied only by himself. RESOLICIT • MATURE READERS (W) Neil Gaiman (A) J.H. Williams III

INFINITY MAN AND THE FOREVER PEOPLE #2 The Forever People must summon the Infinity Man to defeat Mantis and his Foragers. Too bad they don't know how! Plus, who among them is a traitor working for Apokolips? (W) Keith Giffen and Dan Didio (A) Keith Giffen and Scott Koblish

BATMAN/SUPERMAN #13 Something terrible happens to the World’s Finest team, and a Dark Knight who is not quite himself must team up with Lois Lane to find a missing Man of Steel. Meanwhile, Selina Kyle encounters a person of amazing strength who has no idea who he is. (W) Greg Pak (A) Jae Lee

ALL-STAR WESTERN #33 Someone’s been living Jonah’s life while he’s been gone – and ruining his good name! Now, he aims to find out who this impostor is. But is Hex the hunter…or the prey? (W) Justin Gray and Jimmy Palmiotti (A) Staz Johnson 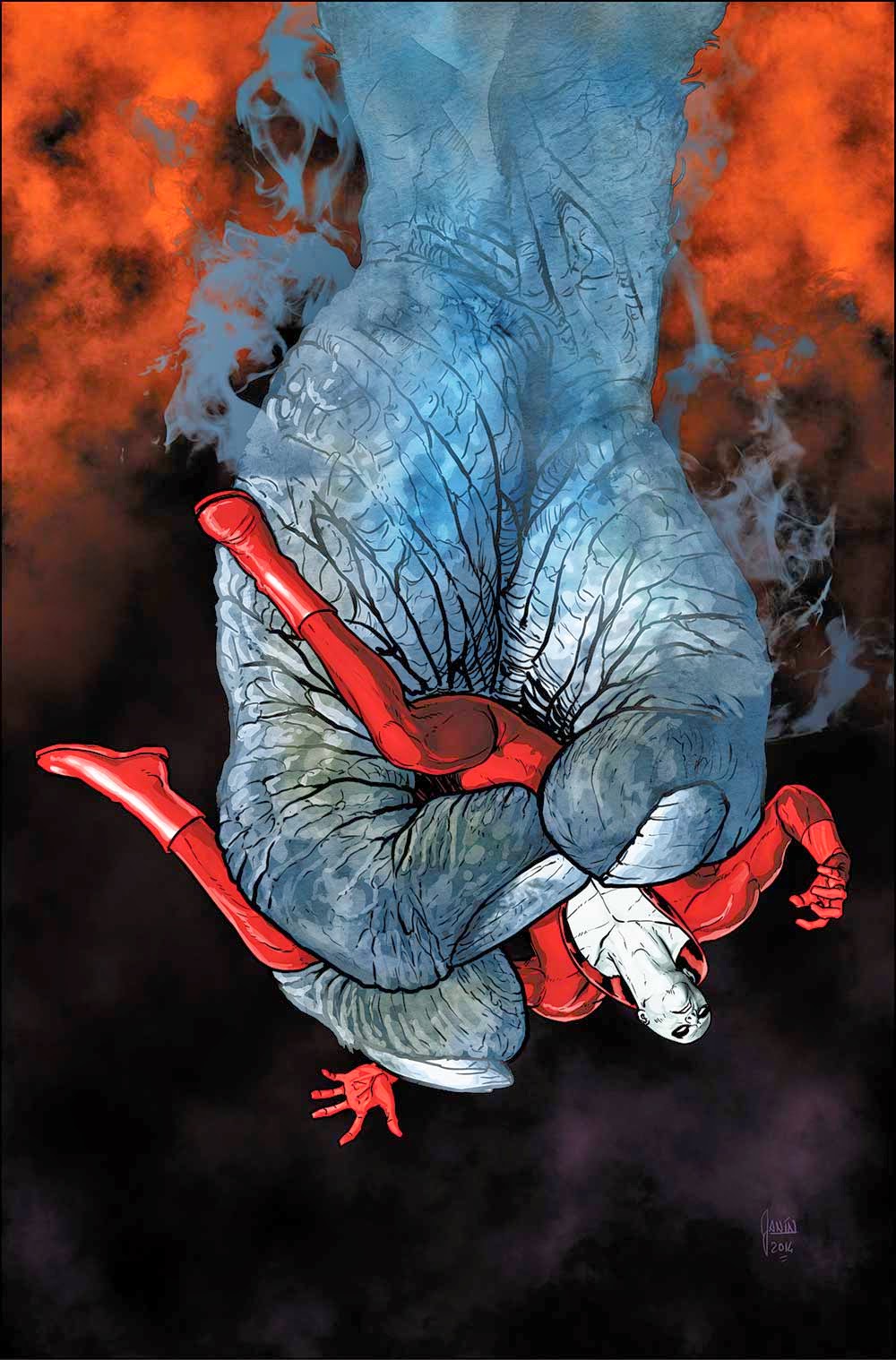 SOUNDS LIKE AWESOME
JUSTICE LEAGUE DARK #33 A team member is possessed, and the House of Mystery is about to enter the unknown Void of Non-Being! Who will be left by this issue's end? (W) J.M. DeMatteis (A) Andres Guinaldo and Mark Irwin

BODIES #1 (of 8) VERTIGO brings you the miniseries of the summer, with four detectives, four time periods, and four dead bodies – all set in London. Edmond Hillinghead is an 1890s overachiever who’s trying to solve a murder no one cares about while hiding his own secret. Karl Whiteman is our dashing 1940s adventurer with a shocking past. Shahara Hasan is 2014’s kickass female Detective Sergeant, who walks the line between religion and power. And Maplewood, an amnesiac from post-apocalyptic 2050, brings a haunting perspective to it all. One artist illustrates each era. (W) Si Spencer (A) Dean Ormston, Phil Winslade, Meghan Hetrick and Tula Lotay. MATURE READERS

STAR-SPANGLED WAR STORIES FEATURING G.I. ZOMBIE #1 Meet the soldier they call “G.I. ZOMBIE,” a man who is neither dead nor alive, who fights for his country again…and again…and again. (W) Justin Gray and Jimmy Palmiotti (A) Scott Hampton

GRAYSON #1 Dick Grayson. Former sidekick. Former Super Hero. Former dead man. And now…agent of Spyral?! It’s a super-spy thriller that will shock you and prove one thing: You might think you know Nightwing – but you don’t know Dick. (W) Tim Seeley (A) Mikel Janin

INFINITE CRISIS: FIGHT FOR THE MULTIVERSE #1 In the tradition of INJUSTICE: GODS AMONG US, a new video game sensation makes its debut. DC Universe heroes from across Gaslight, Atomic, Arcane, Mecha and other worlds come together to head off a crisis that threatens to destroy all of their worlds! Gaslight, Atomic, Arcane, Mecha and other worlds (W) Dan Abnett (A) Carl Potts, Szymon Kudranski and others