SWEET AS: The Best From Marvel Comics' July 2014 Solicitations - Avengers vs Invisible Woman, Spidey 2099, And Elektra

When we Kiwis find something we like, we say it's 'Sweet as'. When I look at the best and new releases from Marvel Comics for July 2014, these comics make the 'Sweet As' grade: 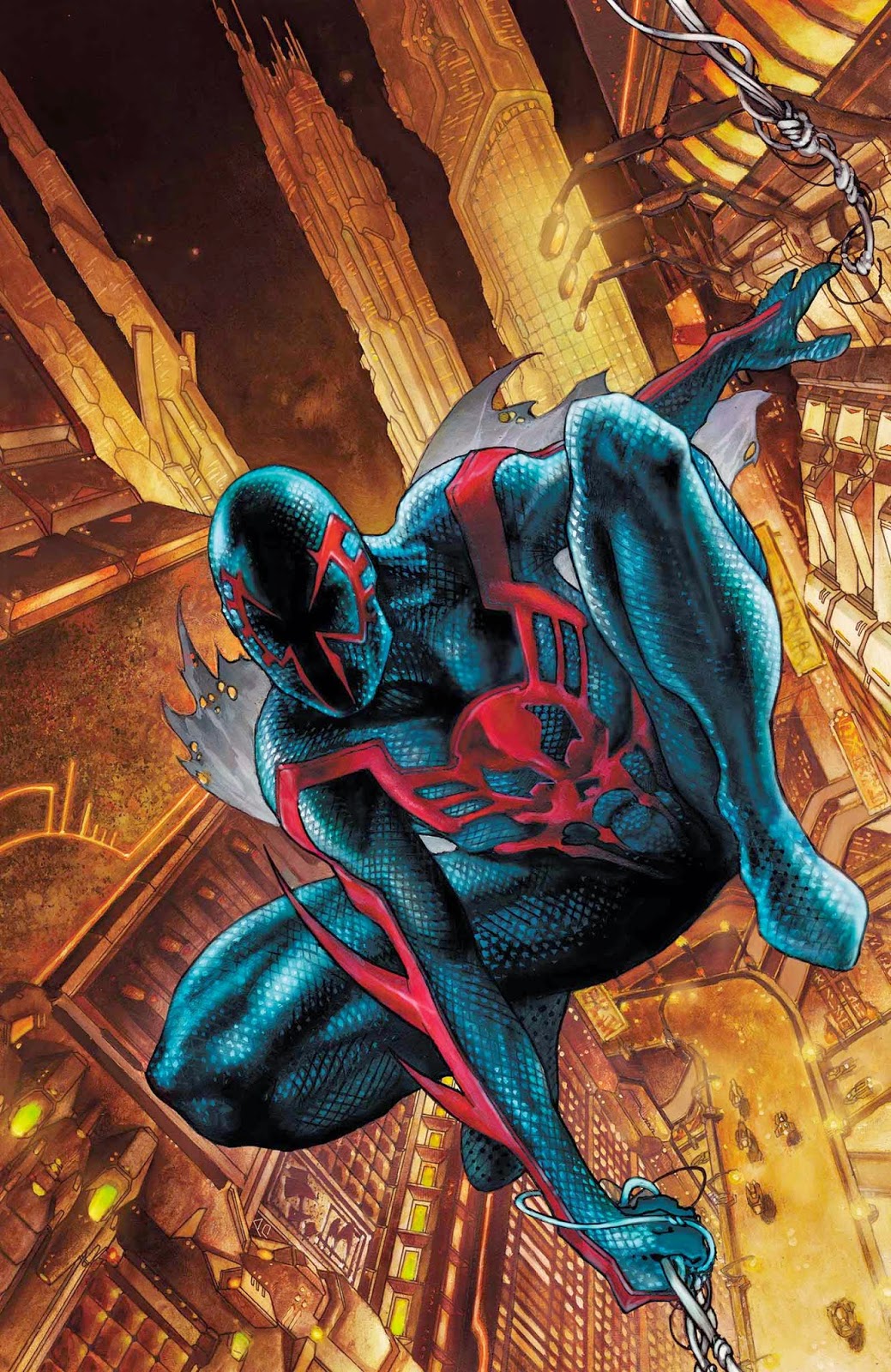 Sure, in July everyone is going to be Guardians of The Galaxy mad, but putting the raccoon aside, everybody needs to grab this book. It's Peter David back on Spider-Man (2099) - why wouldn't you?

Marvel says: Miguel O'Hara is Spider-Man in the year 2099 but he's currently stuck in 2014. He was stranded here by his father who is the head of an evil corporation called Alchemax in 2099. But in 2014, Alechmax has just been formed and Miguel has a chance to stop its corruption before it starts! You'd think being a man out of time would make you a man without enemies, but Spider-Man 2099 is about to discover that he's not the only one hoping for a better tomorrow, one that might be ensured by The Adjustor eliminating Miguel from the time stream altogether! (W) Peter David (A) William Sliney

FANTASTIC FOUR #7 Original Sin: The Fateful Four Part II The Fantastic Four are being torn apart at their very foundation! Will Ben be able to cope with the Original Sin he's learned about Johnny? Will Sue and Reed lose Franklin and the Future Foundation? Will what's left of the team be able stop their headquarters from being shut down by The Avengers?.. (W) James Robinson (A) Leonard Kirk

NEW WARRIORS #7 The New Warriors are pulled into Inhumanity as their own resident Inhuman, Haechi, is targeted by two different tribes. Who are Mister Whiskers and Jake Waffles? Whose side are they on, good or evil? What does Jake Waffles possess that Speedball wants so badly? And who is hunting Nova? (W) Christopher Yost (A), Marcus To.

IRON FIST: THE LIVING WEAPON #4 When the Iron Fist opens his heart to someone, is it inevitable blood will follow? There is no place to hide, nowhere that is safe from the ghosts of Danny Rand's past. (W and A) Kaare Andrews 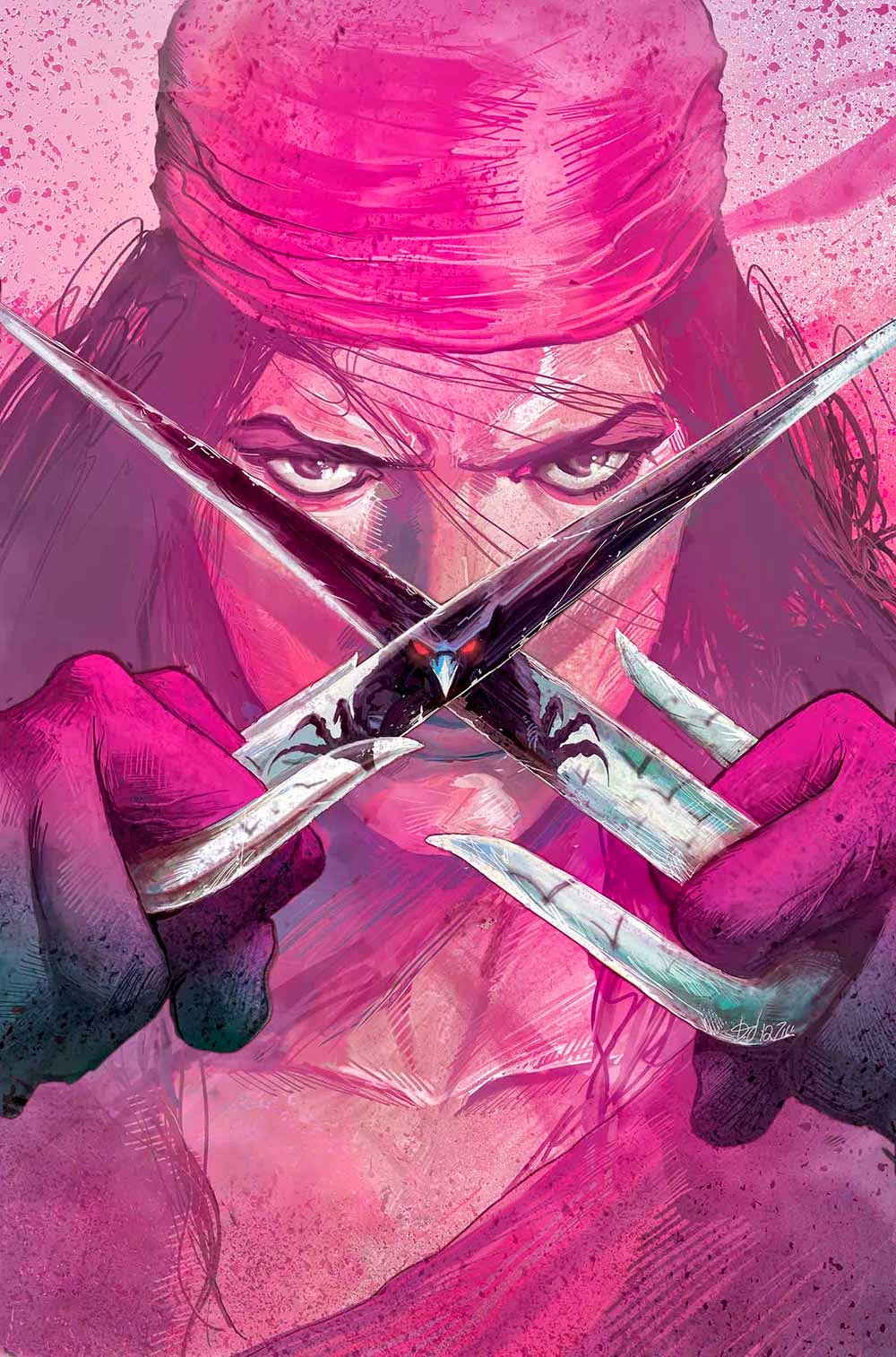 THUNDERBOLTS #28 The Punisher vs The Thunderbolts Part II As Frank moves in to take out his former allies, another former Thunderbolt closes in on them both! (W) Ben Acker and Ben Blacker (A) Carlo Barberi

SOUNDS LIKE AWESOME  ELEKTRA #4
Marvel needs to do more to promote this book! If you haven't read Elektra's adventures in Monster Island yet in this series, believe me, you're not just missing out on the most crazy cool tale an assassin has ever been spun into, but art that rivals J.H. Williams III on Batwoman!

After escaping the ruins of Shicheng, Elektra corners the elusive Cape Crow at the edge of the world where she must finally decide his fate. Will the deadliest assassin in the Marvel Universe defeat Cape Crow and collect the biggest bounty of her career, or help the hardened killer and his son escape the psychotic assassin Bloody Lips?

BEST OF THE NEWBIES


GUARDIANS OF THE GALAXY: GALAXY'S MOST WANTED #1 Rocket Raccoon and Groot leap into action in an all-new adventure! Could it possibly happen? Is Groot attempting to arrest...his best bud Rocket? Plus: Reprinting Thor #314, featuring the Thunder God vs Drax! 40 pages.

ROCKET RACCOON #1 ALL-NEW, IN-CONTINUITY SERIES! As defenders of the cosmos go, Rocket Raccoon has faced his fair share of galactic battles. He's been a hero to the weak, a champion of good, a protector of the innocent, a heartthrob to the many intergalactic female species and now--a raccoon on the run?! Rocket's high-flying life of adventure and heroism may soon be a thing of the past when he becomes wanted and the authorities are not the only one on his TAIL! (We'll definitely be overusing that pun!) (W and A) Skottie Young 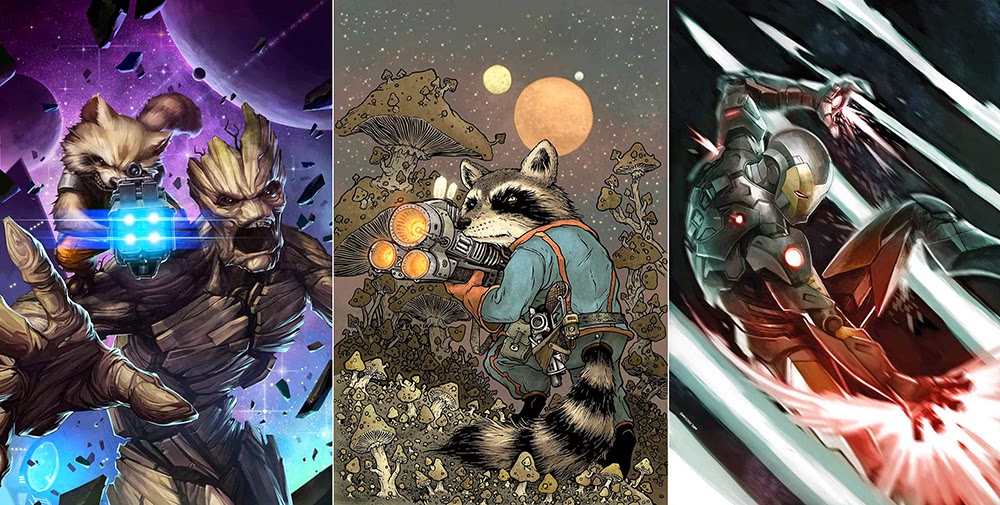 IRON MAN SPECIAL #1 (Continued from June's Uncanny X-Men Special #1) Iron Man returns to space to settle a score, but ends up embroiled with the fugitive UNCANNY X-MEN! Their paths cross in pursuit of Cyclops, who’s been kidnapped by mysterious ne'er do wells. All this and Nova! (W) Sean Ryan (A) Rahmat Handoko

What do you think?  For the full list of Marvel's July 2014 solicitations, click the jump.
Posted by IADW at 9:18 am