SWEET AS: The Best From Valiant Entertainment's July 2014 Solicitations

When we Kiwis find something we like, we say it's 'Sweet as'. When I look at Valiant Entertainment's July 2014 solicits, these comics make the 'Sweet As' grade: 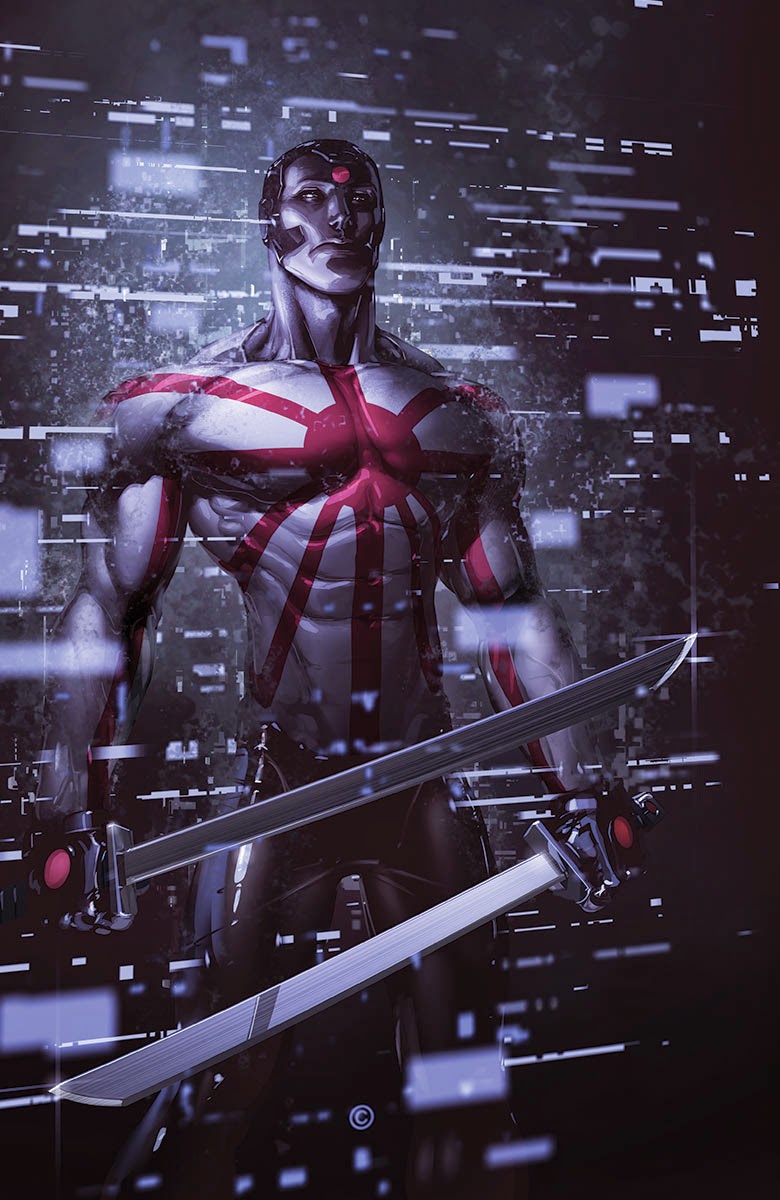 Something tells me this might get repetitive. Best part of all, Crain is the same artist on the interior and that's getting rarer and rarer to find!

Valiant says: Nothing is what it seems…not even yourself... A seemingly random murder – the first in a thousand years – is unraveling the mysteries at the heart of Rai’s very existence. As the country of Japan completes another orbit around 41st century Earth, Rai, its sole protector, turns his investigation toward two figures he never questioned before: Father, the A.I. that controls Japan…and himself. (W) Matt Kindt (A) Clayton Crain

ARMOR HUNTERS: BLOODSHOT #1 (of 3) The hunters become the hunted! With the major capitals of Earth under siege by the Armor Hunters, the world’s most dangerous weapon has decided to come in from the cold – and into the service of the top-secret Military Extraterrestrial Reconnaissance Outpost (M.E.R.O.)! But when one of the Armor Hunters’ own stages an extraterrestrial jailbreak inside of M.E.R.O.’s fortified command center, the nanite-enhanced commando known as Bloodshot will become the last thing standing between the galaxy’s most feared team of hunter-killers and a classified arsenal of secret weapons far too deadly for human hands! (W) Joe Harris (A) Trevor Hairsine

ARMOR HUNTERS: HARBINGER #1 (of 3) Earth is besieged by alien enforcers, and some of the most powerful people on the planet…are the kids!­ The Harbinger Renegades are still reeling from a tragic death in their ranks, but in the face of monumental destruction they'll find unlikely allies in a fellow group of super-powerful teenagers. But is Generation Zero here to help…or are they just looking out for themselves? (W) Joshua Dysart (A) Robert Gill 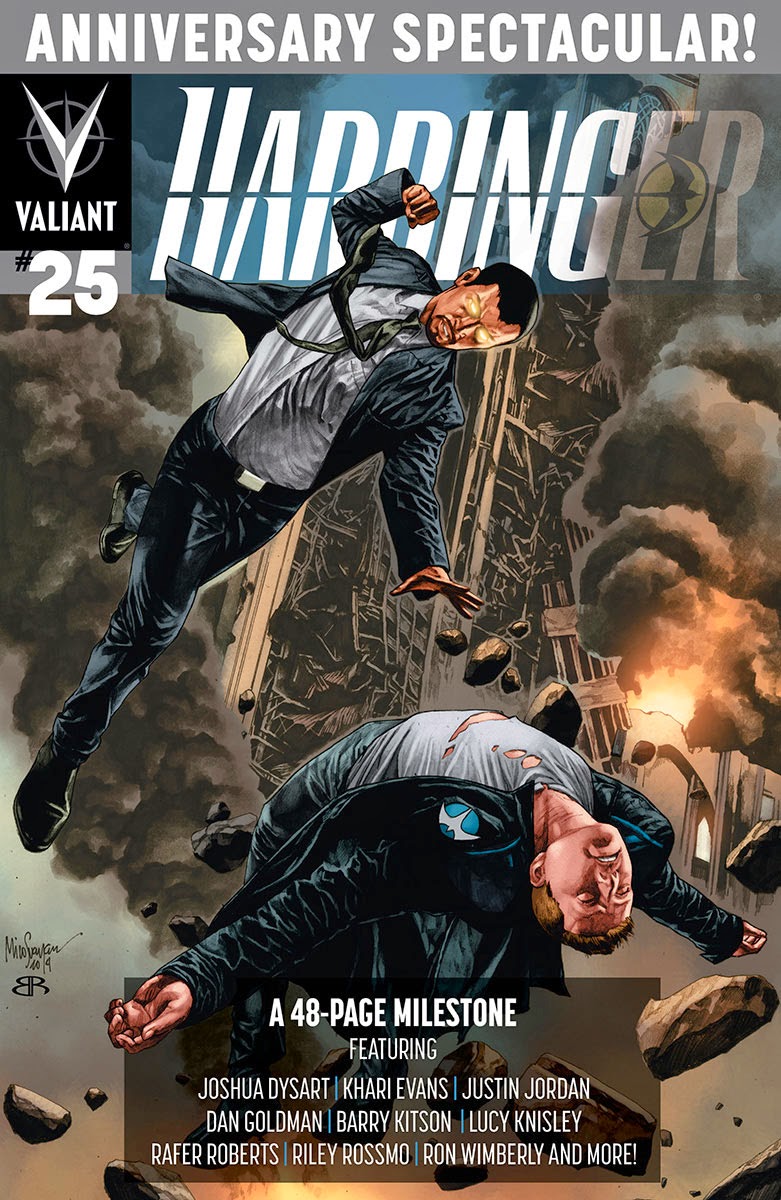 THE REGULAR READ  UNITY #9 (ARMOR HUNTERS)
Time to bring in…Bloodshot! The unrelenting forces of the Armor Hunters have wreaked havoc on Earth, leaving terror and destruction in their wake. Now, our last, best chance at standing against the calculating wrath of the Hunters is Unity – Livewire, Ninjak, Eternal Warrior, and their latest recruit…Bloodshot?! Can they stop these galactic intruders before they capture X-O Manowar and destroy the Earth? (W) Matt Kindt (A) Stephen Segovia

SOUNDS LIKE AWESOME  HARBINGER #25 Toyo Harada’s last stand! The future of Harbinger starts here with a star-studded, 48-page anniversary milestone – packed with shocking new revelations about the fate of Valiant’s teenage superteam! A Renegade has fallen and, now, there is no turning back. Stripped of his allies and all sense of self-preservation, the world’s most powerful “harbinger,” super-powered billionaire Toyo Harada, is about to inflict a terrible reckoning on a world he thought he could control…and everything we thought we knew will be forever changed in its wake. (W) Joshua Dysart and Justin Jordan (A) Khari Evans, Barry Kitson and more!

What do you think?   For the full list of Valiant's July 2014 solicitations, click the jump.
Posted by IADW at 7:07 pm