THE COMICS' BEAT: Storm (and many more) In Last Emperor's 'Secret Wars, Part 1' 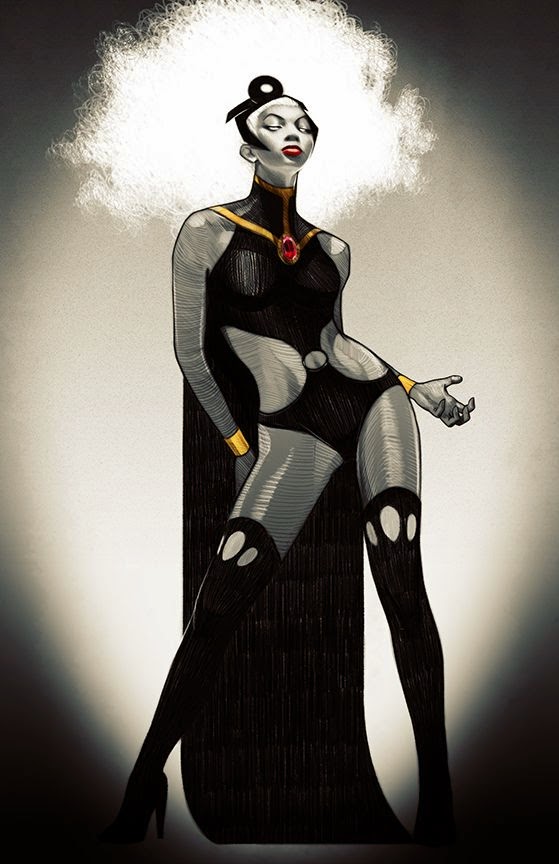 This week, it's an awesome comic rap duel, literally. Everybody loves Marvel 80's crossover Secret Wars, where the heroes and villains fought unleashed. But what if on one side were Marvel's best picked by Stan Lee, and the other the top rappers ready to duel, picked by The Emperor himself?

Not only do we get beats detailing the beatdowns between Redman vs Hulk and Thing, Dr Octopus vs Busta Rhymes, Wolverine vs Method Man and more - we also get this Storm vs Lauryn Hill verse;


Now with all these heroes down, Stan Lee refuses to surrender
He got Storm from the X-Men, as if I couldn't match the gender
Stan Lee shouts 'Excelsior!' Yo, Stan you best to chill
'There's no match for Storm,' I guess he's never heard of Lauryn Hill.

Now we all know Storm controls the temperature and weather
Started runnin' off at the lip, and L-Boog was like 'Whatever'
See she just got home from tours, she's a bit too tired to spar
So she clocked Storm over the head with my man Wyclef's guitar

What do you think?  Full lyrics are here. Be back here next Monday for another Comic Beat!
Posted by IADW at 7:06 pm