Being Wonder Woman Week here on IADW, this edition of Now Comes The Cosplayer is dedicated to the amazing amazon and her cast - and you know what? It was surprisingly harder than I thought to assemble.

For Wonder Woman and Wonder Girl there are a billion cosplayers for, but what about the others? Have we skipped over the character library of double double-u? Seems so. Thank Zeus for these ladies, who actually dug in deeper.

Wonder Woman is so iconic, even when the photographer covers half your face with sunlight, you can still nail the character with a smile. Somehow that seems to be the last face the next cosplayer thinks of pulling, though 'D.J. Spider' does get points for bucking the trend, and assembling a 'Wonder Woman' based on the character's late 90's look - one that gave into the era's trend of 'everyone must be in bondage black with a leather jacket'.

Villainous Giganta (aka, again D.J. Spider) however, has never looked as good as she did in the old jungle print. The size changing lass here screaming at the idea of 'covering up'. God bless her.

Circe was one of the ones I really thought there would be more of. Is the Terry Dodson costume not enough? Where are folks dressed as George Perez's Ares or Atlas? Silver Swan? Artemis? Alas... Still this Circe (brought to life by Jenn) and Donna 'Troia' Troy (aka, again D.J. Spider) take amazing steps in the right direction. I mean, I never got the Troia costume, but it sure works here! 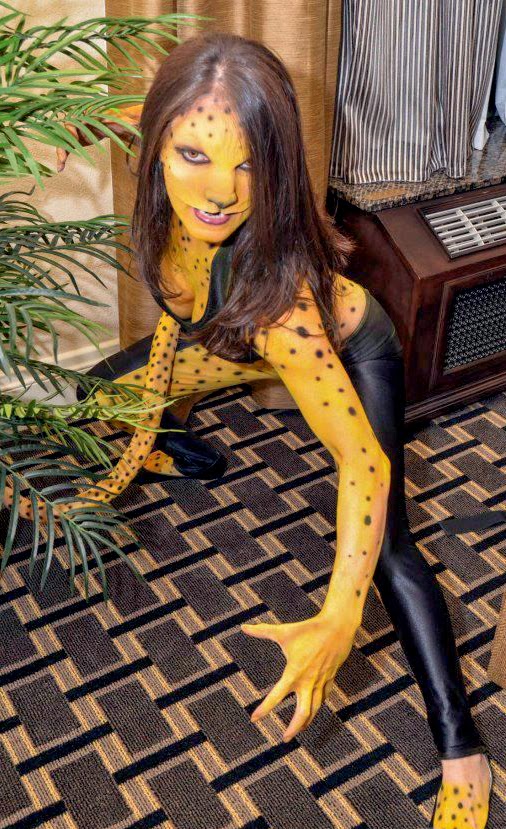 As for making it work, 'Wonder Woman with young fan' is such a poignant moment, The Legion of Superheroes has sent Mon-El back in time with a camera to capture it.

Now this is more like it! Where again Cheetah proved hard to find, this femme fatale sure makes up for lost time.

While Cheetah for me will always by that pre-boss-boss on the old video game Justice League Task Force, that was harder to beat than Darkseid himself, this woman's facial make-up and modern Cheetah attire prove there's more than one Catwoman with claws running wild at DC.

Captured by Draco Noir Photography, everything from her pose to her paint job is purrfect. If you know who she is - please let me know so I can credit her properly!