SWEET AS: The Best From Dynamite Entertainment's August 2014 Solicitations

When we Kiwis find something we like, we say it's 'Sweet as'. When I look at Dynamite Entertainment's August 2014 solicits, these comics make the 'Sweet As' grade: 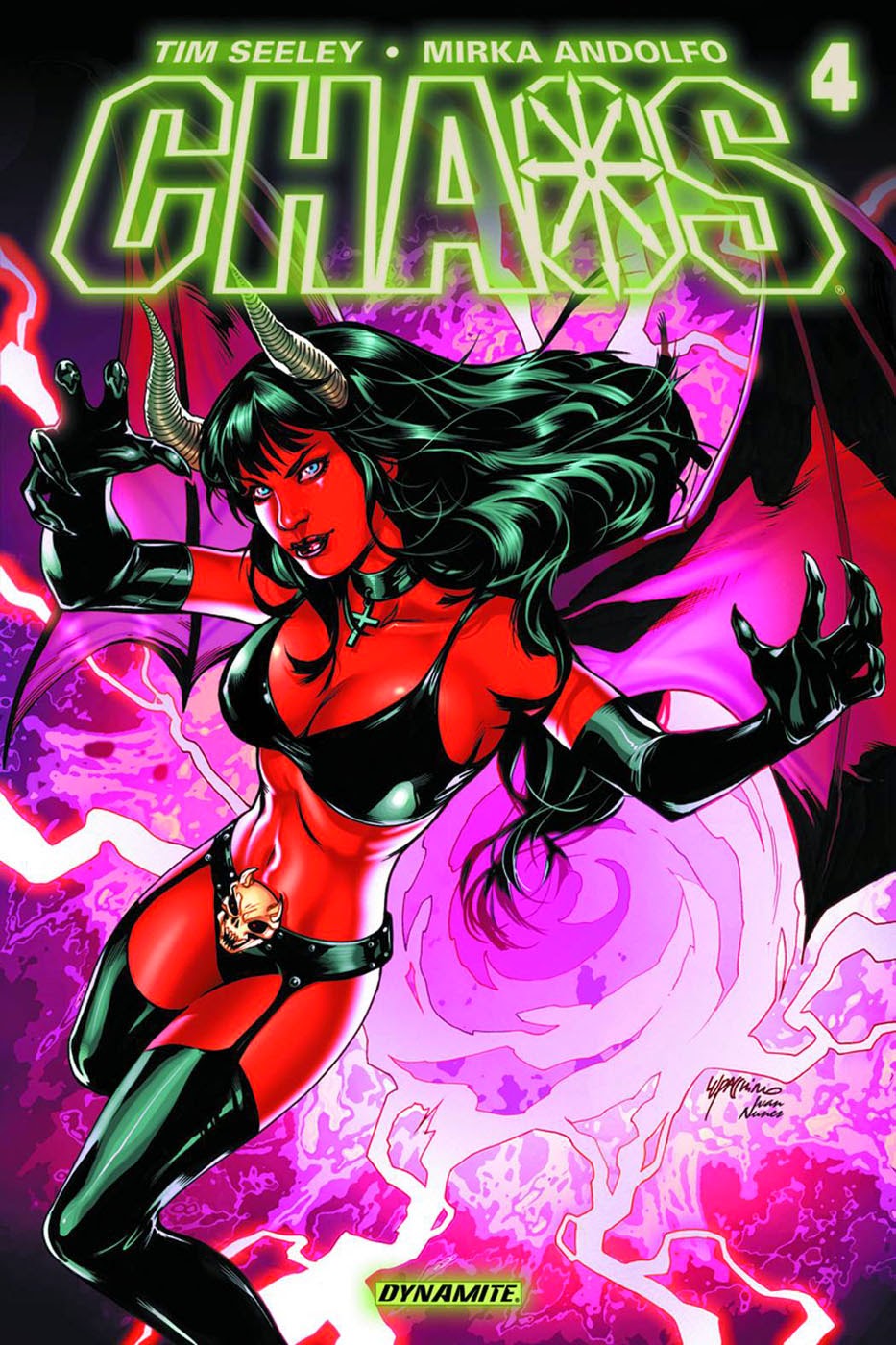 (Sigh) Boy I miss CHAOS! Comics. The 90's horror and WWF title publisher sure new how to interact with fans and make a community to rival any 'bullpen'. Now it is an imprint at Dynamite, with a couple of titles under its wing, seeing the characters rise from the literary grave is just too cool for words.

Dynamite says: A war for the fate of the world has erupted between Mistress Hel, and the vampire queen, Purgatori! The vampire-assassin, Chastity has a new target -- homicidal super-zombie, Evil Ernie! It's a brutal, take-no-prisoners brawl between Chaos!'s favorite undead death-dealers, as reality takes one step closer to total Chaos! (W) Tim Seeley (A) Mirka Andolfo

THE BEST OF THE NEWBIES

JUSTICE, INC. #1 An airliner vanishes en route without a trace! It's the crisis that brings together, in a historic team-up for the first time ever, Street & Smith's super-star trinity: The Shadow! Doc Savage! The Avenger! This historic crossover is 75 years in the making, Justice, Inc. begins here, spawned by a horrific tragedy of death and destruction secretly orchestrated by some of the most powerful and unexpected villains in the history of the pulps! (W) Michael Uslan (A) Giovanni Timpano

CAPTAIN VICTORY AND THE GALACTIC RANGERS #1 Joe Casey is tackling one of Jack Kirby's greatest creations, Captain Victory! Out of the hell of a cosmic firefight, Captain Victory is launched into an epic adventure that spans both space and time! All your favorites are here -- as well as all-new enemies to face! (W) Joe Casey (A) Nathan Fox 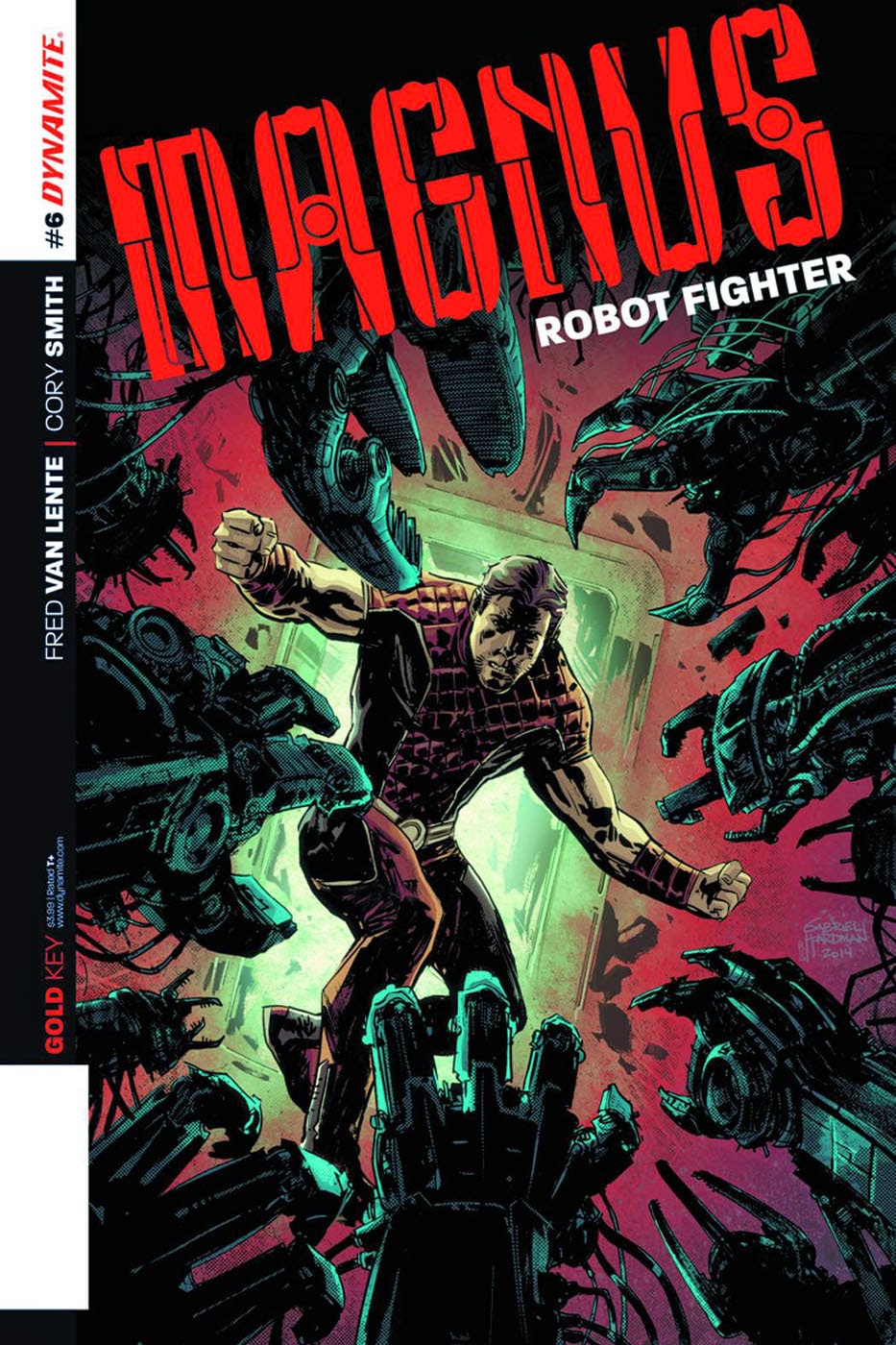 STEAMPUNK BATTLESTAR GALACTICA: 1880 #1 Welcome to the world of Battlestar Galactica as never seen before! After Professor Baltar's clockwork Cylonics destroy the Colonial empire, Arch Duke Adama learns that his son Apollo is missing! It's up to Lady Athena to travel to the Sky Pirate world of the Rising Star and ask for help from the only hope she has - the disgraced Captain Starbuck and his humanoid / Daggit copilot Muffit. (W) Tony Lee (A) Aneke

TUROK: DINOSAUR HUNTER #7 Turok the Mighty Dinosaur Hunter finally discovers the great mound city of his cursed parents, where he's welcomed with open arms and offered protection from the savage lizards hiding in the forests. But then the flying Mongols of Genghis Khan come to offer a partnership..which side will Turok choose? (W) Greg Pak (A) Takeshi Miyazawa

MAGNUS: ROBOT FIGHTER #6 Welcome to The Uncanny Valley, an incredibly illegal Sex & Death club where humans fight one another in a pit, and whoever loses has their dead body parts taken by Tranmechs to add to their own robo-bodies. It's gross, so Magnus has to try hard not to lose. (W) Fred Van Lente (A) Cory Smith

What do you think?  For the full list of Dynamite's August 2014 solicitations, click the jump.
Posted by IADW at 7:04 am