SWEET AS: The Best From Image Comics' August 2014 Solicitations

When we Kiwis find something we like, we say it's 'Sweet as'. When I look at Image Comics' August 2014 solicits, these make the 'Sweet As' grade: 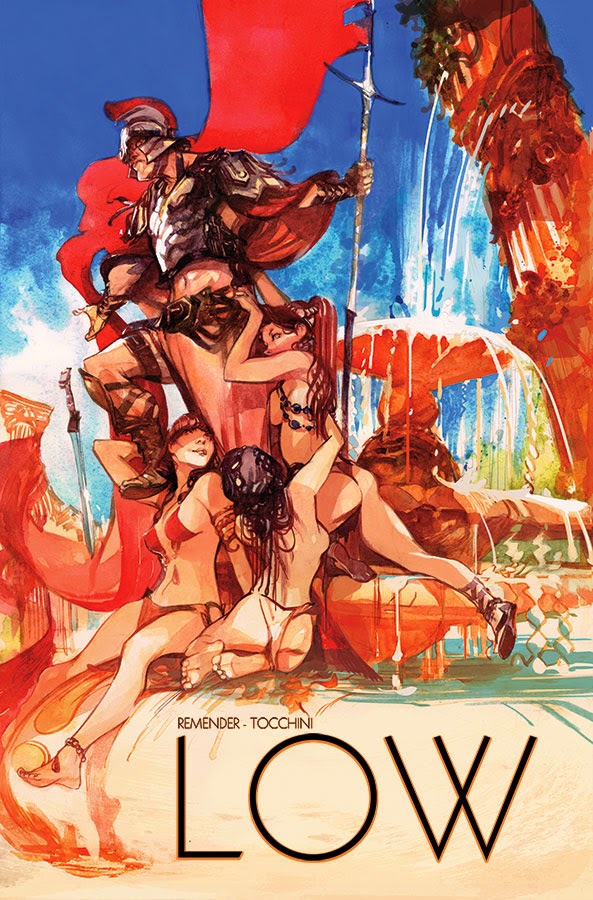 Image says: The underwater city of Salus, humanity’s last refuge, is running out of air and time. Poverty, disease, and corruption are rampant, and the church of Optimolgy can offer no solace as powerful as hard cream, the strange drug that keeps the bleak realities at bay. Police Inspector Marik Cain has sunk so low into that haze; should an opportunity for hope present itself, can he again? (W) Rick Remender (A) Greg Tocchini

THE WALKING DEAD #130 "There were whispers and I was afraid." (W) Robert Kirkman (A) Charlie Adlard, Stefano Gaudiano and Cliff Rathburn

SIDEKICK #9 After faking his death, the Red Cowl imagined that he could never be found, especially not by Flyboy, his former sidekick. But now Flyboy has turned to the dark side, and is destroying everything who stands between him and the Cowl. The Red Cowl has never known what it feels like to run in fear...but that is about to change. (W) J. Michael Straczynski (A) Tom Mandrake 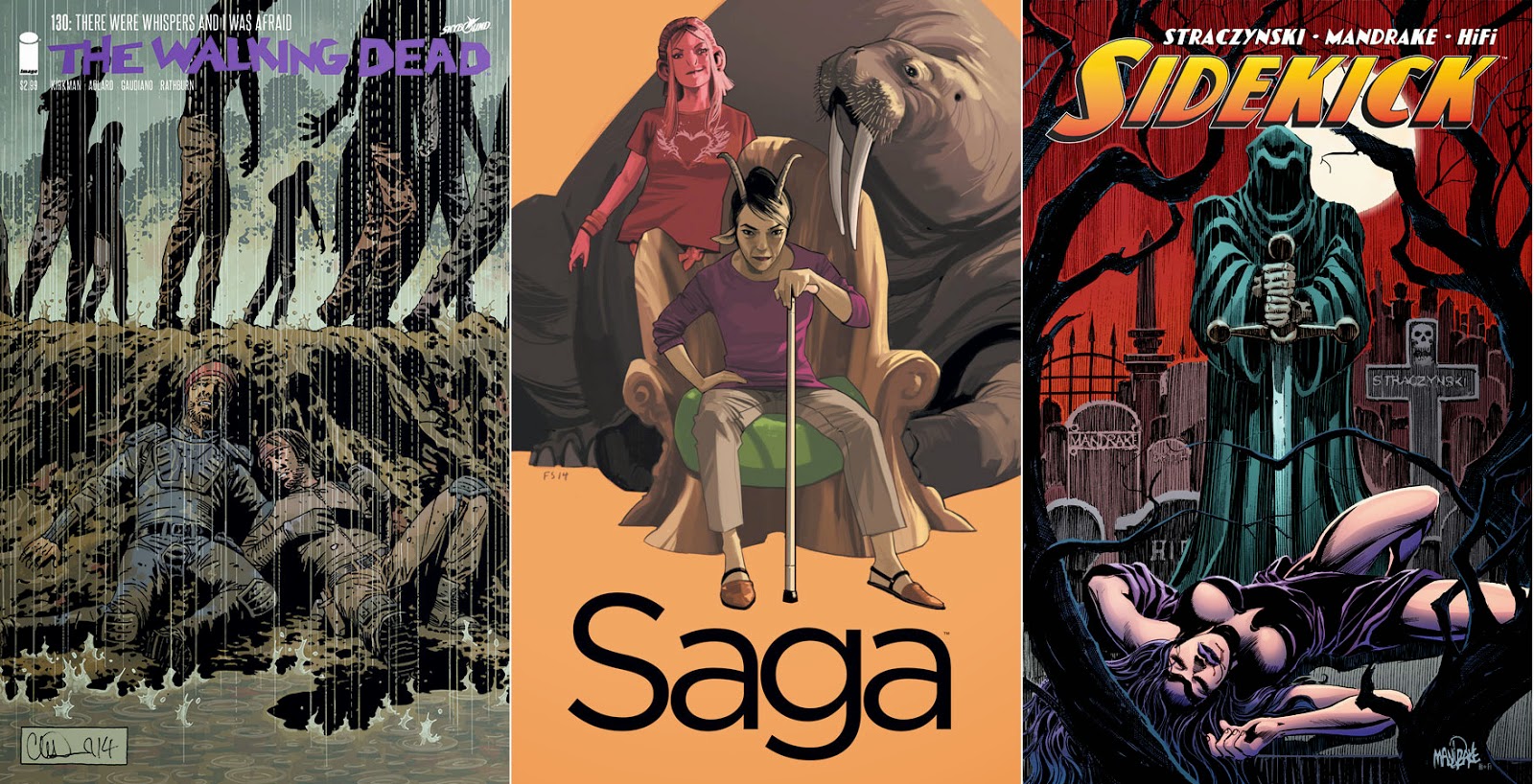 THE FADE OUT #1 The first project from their groundbreaking five-year deal at Image will have Ed and Sean fans, old and new, at the edge of their seats.
Hollywood - 1948. A noir film stuck in endless reshoots. A writer plagued with nightmares from the war and a dangerous secret. An up-and-coming starlet's suspicious death. And a maniacal Studio Mogul and his Security Chief who will do anything to keep the cameras rolling before the Post-War boom days come crashing down. 40 pages, inc articles only available in single issue format. (W) Ed Brubaker (A) Sean Phillips

GENIUS #1 (of 5 - weekly in August) The Winner of Top Cow’s Pilot Season makes its return to print! What if the greatest military mind of our generation was born to a people who are already supremely conditioned to wage war, who know nothing but violence since birth, and must continually adapt to new predators in order to survive?
What if the second coming of Alexander the Great, of Genghis Khan, of Napoleon, of Patton...what if it was a teenaged girl from South Central, L.A. named Destiny? And what if she decides to secede three blocks of the ‘Hood from the Union? Who is going to take it back from her? Who CAN? (W) Adam Freeman and Marc Bernardin (A) Afua Richardson 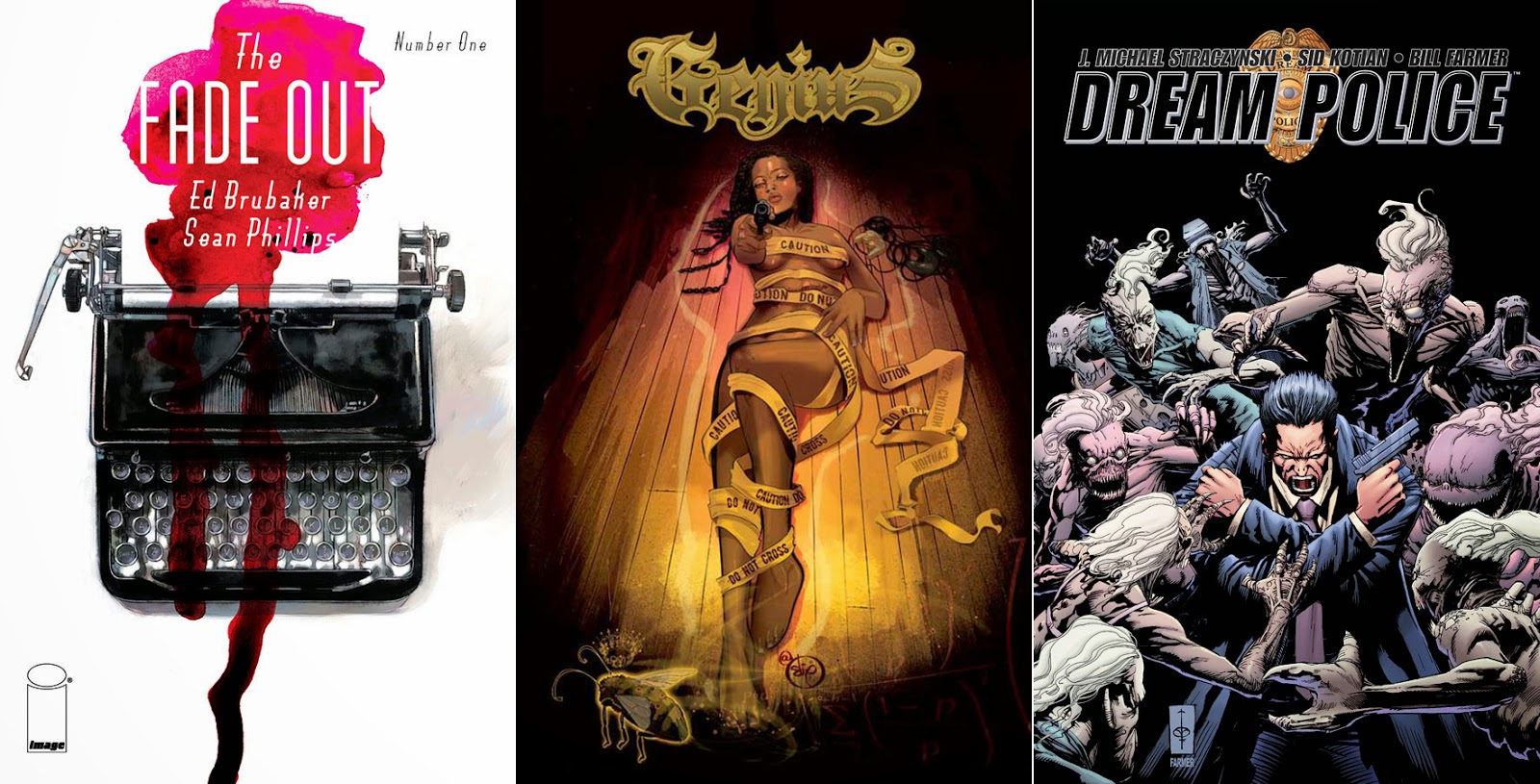 SOUNDS LIKE AWESOME  DREAM POLICE #5 Who exactly are the Dream Police? Where do they come from? How are prospective officers chosen? Those seem like fairly straightforward questions...except that they cover a secret that goes back to the beginnings of civilization, a secret that must be protected at all costs, especially from the inquiries of Lieutenant Detective Joe Thursday. Joe has always been a loyal member of the Dream Police...but when his instincts as a cop tell him that the people he's working for are aligning against him, how far will he go to find the truth about them? (W) J. Michael Straczynski (A) Sid Kotian

What do you think?  For the full list of Image Comics August 2014 solicitations, click the jump.
Posted by IADW at 9:13 am