SWEET AS: The Best From Valiant Entertainment's August 2014 Solicitations

When we Kiwis find something we like, we say it's 'Sweet as'. When I look at Valiant Entertainment's August 2014 solicits, these comics make the 'Sweet As' grade: 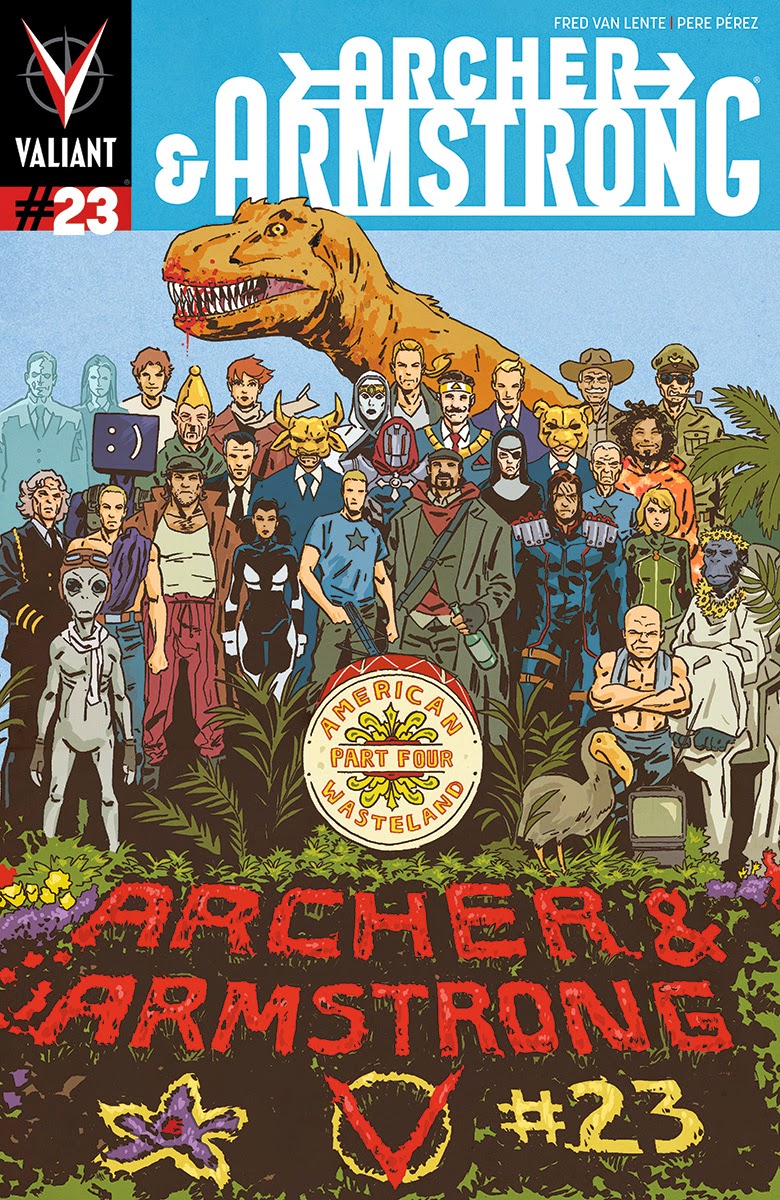 Sure it's a swipe, but few comics have that Sgt pepper's feel to them right now than A&A. Just look at that cast! Any cover that can boast a monkey and a dinosaur at the same time has to be a winner.

Valiant says:  The end is near here! Archer & Armstrong have been dragged down and knocked out, left at the mercy of the Lizard King and his plot to unleash total annihilation. But, when you least expect it, what unexpected visitor might step in to save A&A from a fate worse than death? The secrets of Valiant's seminal series are about to come to light and you won't believe the top-secret, classified, totally hush-hush conclusion their latest history mystery has in store. (W) Fred Van Lente (A) Pere Perez

HARBINGER: OMEGAS #1 The team has been shattered and a teenage Renegade lies dead -- a victim of the Harbinger Foundation led by omega-powered psionic Toyo Harada. This is the story of what happens next. Find out what happens when the full extent of Harada's secret empire is exposed to the public, and just the how the surviving members of the Renegades recover from a catastrophic loss that has changed their lives... their team... and their destinies forever. (W) Joshua Dysart (A) Rafa Sandoval

RAI #4 The most daring comic book launch of the year unleashes a cascade of shocking revelations as RAI rockets toward its second arc! In 4001 A.D., as the nation of Japan soars above the Earth, Rai unravels the mystery of the first murder in a thousand years...and discovers his own profound connection to the crime. Everything Rai knows -- about his existence, about his country, and about the benevolent Father he serves -- is about to be thrown out of orbit. (W) Matt Kindt (A) Clayton Crain 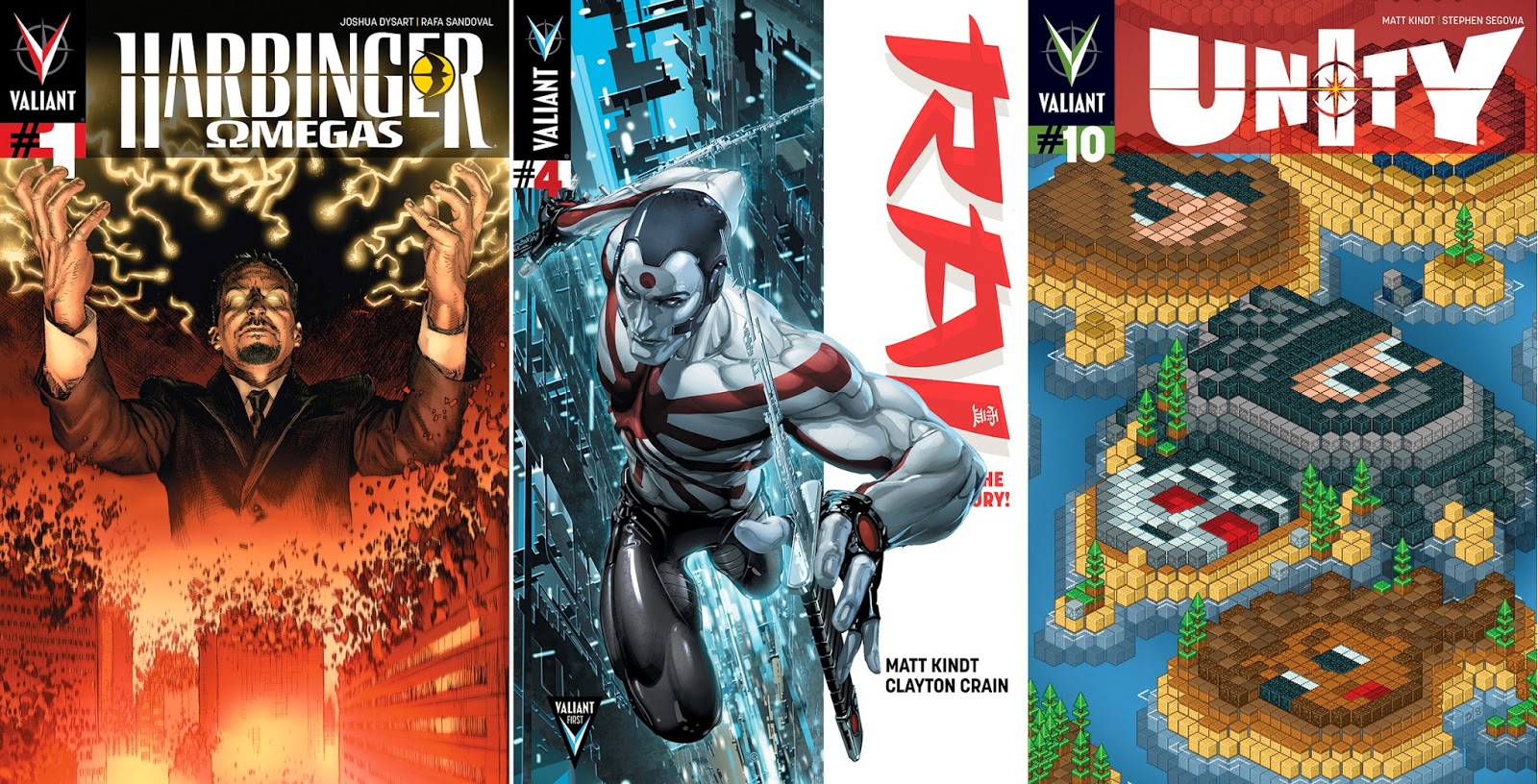 UNITY #10 (ARMOR HUNTERS) Mankind is locked in a life or death struggle against the alien Armor Hunters, and the fate of civilization itself now lies with the unlikely team of short-tempered walking weapons called Unity! Can X-O Manowar give Ninjak, Livewire, and the Eternal Warrior enough of an edge to stop the galaxy's most feared team of hunter-killers before more die? There's no quarter asked and none given as Valiant's all-star superteam goes on the offensive! (W) Matt Kindt (A) Stephen Segovia

What do you think?  For the full list of Valiant's August 2014 solicitations, click the jump.
Posted by IADW at 6:03 pm