THE GHOST WHO WALKS: Peter David To Write The Phantom 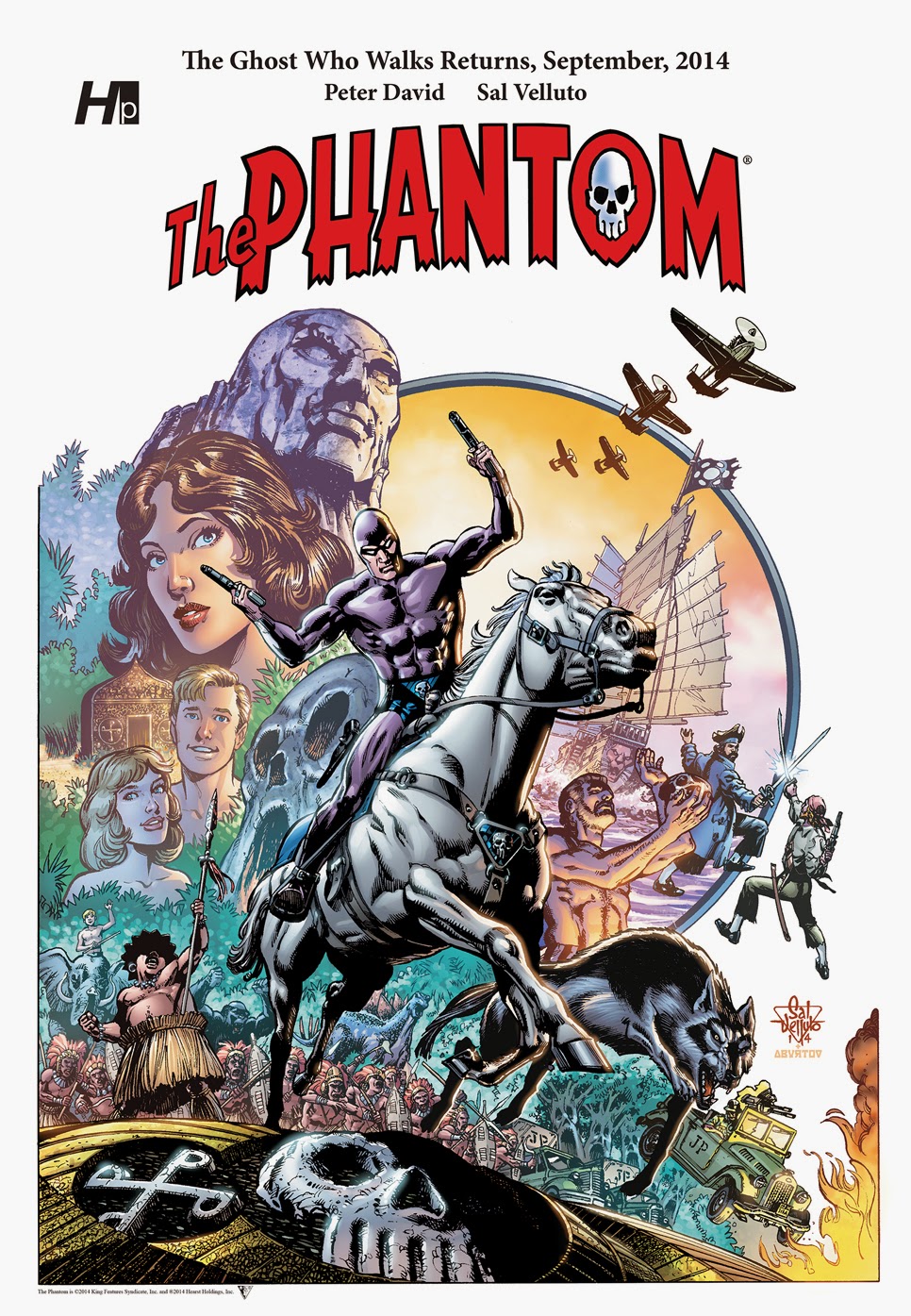 You know who seems to be the most popular super-hero in Australia? The Phantom - the dude is everywhere. In garages, bookstores, supermarkets - the works. And why shouldn't he be? The Ghost who Walks is one of the best pulp heroes around, even if his publisher history has been one of the most varied.

So, heard of Hermes Press? No, me neither. But word is the up and coming publisher will print Phantom comics from September, starting with a six-issue mini-series by writer Peter David and artist Sal Velluto.

Says Hermes Press Publisher Daniel Herman, “When we asked King Features to allow us to build on the mythos of The Phantom we were clear that we wanted to expand the canon of one of comics’ greatest legends by embracing the character and his history, and by building on it. We want to create new stories that Lee Falk would be proud of!”

Just look at this poster - pirates, treasure, tribes and dames - all the things that make Phantom so cool in the hands of notorious Phantom fan Peter (Spider-Man 2099, Aquaman, X-Factor, Hulk, I-Can-Write-Anything) David. Plus variants by Alex Saviuk and Phantom iconic artist Graham Nolan. Yeah, I'm in.