BLIND GUESS: The Top 6 Contenders On Who Rosario Dawson Will Play IN Netflix's Daredevil

So Rosario Dawson is set to play a guest role in Netflix's upcoming Daredevil series. Another nail in the coffin that this show will be the biggest comic series to rival Walking Dead yet, there are a fair few wee maidens in Daredevil's life for Dawson to (cough) embody.

Marvel.com's only tease, that the role is a "dedicated young woman whose quest to heal the wounds of Hell’s Kitchen brings Matt Murdock unexpectedly crashing into her life, while her own journey forever alters the course of his battle against the injustices of this broken city". Time to place some bets... 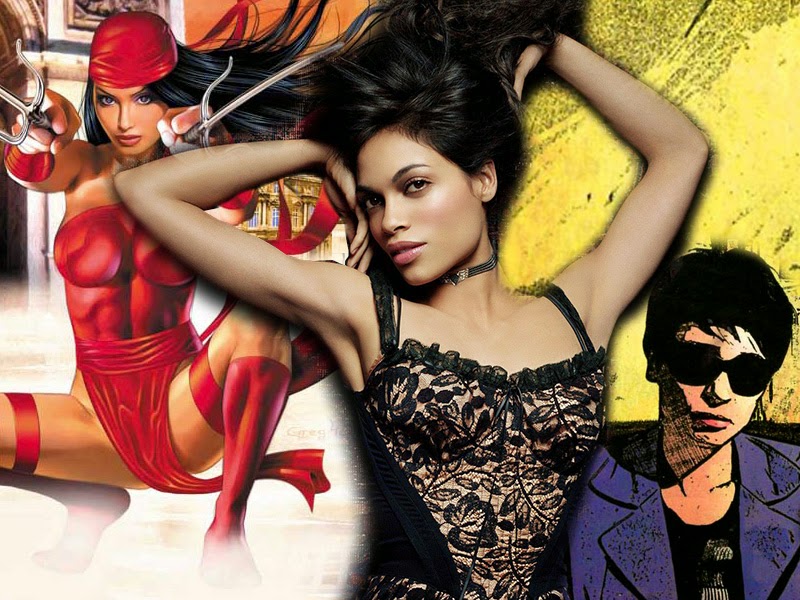 ELEKTRA: The obvious choice. Especially given Jeph Loeb, Marvel’s Head of Television, saying the role is "absolutely critical" to Matt becoming Daredevil. Still, I'd vote the red ribbons will be left to be a Season 2 draw (so as not to steal the limelight), with 'secret identity' Elektra Natchios being the Season 1 anticipation builder. Possibility *****

MILLA DONOVAN: Another of Matt Murdock's former flames - but despite meeting in a crash situation in the comics, would you really have Sin City's Gail show up, and not have her a fighter of some sort? Possibility *****

TYPHOID MARY: It's hard not to favour this one, Typhoid's multiple personalities made her one of my favs. Together with her pyrokinetics, she would make for gripping TV. With Matt caught in Mary's problems and Bloody Mary menacing the streets, Dawson could add just the right dose of wickedly innocent the show needs. Possibility ***** 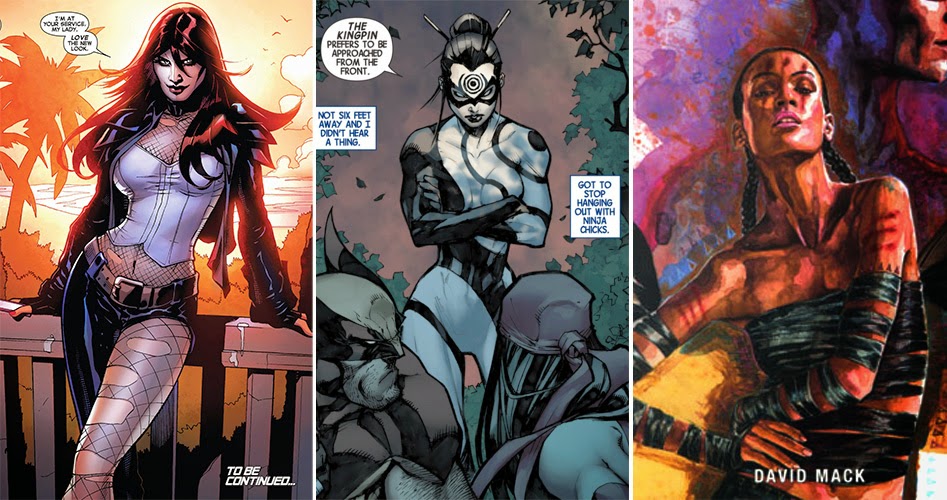 LADY BULLSEYE: Hot and dangerous, Lady Bullseye fails on a few points. She's essential to the Kingpin, not Matt. She's committed, not dedicated, and she'd rather see Hell's Kitchen burn over healing it. Oh yeah, and Bullseye needs to come first, but as the only girl on the list DD hasn't smooched, she deserves a mention. Possibility *****

ECHO: I've always wan't Alicia Keys to play this one. Echo would be a classy touch, but having two senses impaired heroes (at least in the initial episodes), may seemingly weaken Daredevil's originality. If Echo is held off till the latter episodes, the hearing afflicted force of will could easily be music to the ears. Possibility *****

MY PICK OF THE BUNCH:  WHITE TIGER

An FBI Agent who considers Cage and Danny Rand her uncles, Angela del Toro wouldn't just be a key figure in the 'Law and Order' side of a Daredevil TV series, she would unify it with fellow NetFlix TV series' Luke Cage, Iron Fist and Jessica Jones. As an FBI Agent, Angela investigated Daredevil, trying to find why he chose to be a hero. With the White Tiger mantle inherited from her uncle, and a strong calling for the streets of Hell's Kitchen, she could be purring loudly across the board with Dawson in form. Possibility *****