MOMENTS IN COOL: 'He Wears The Flag' - Why Frank Miller Wanting To Come Back To Cap Is A Bloody Good Idea

Daredevil: Born Again may just be my favourite comic story-arc ever. I love it so much I even have the massive IDW Artists Edition of the tale - at originally drawn size. That said there is one famous moment from within it's pages I don't think gets displayed in full every time the internet features it. 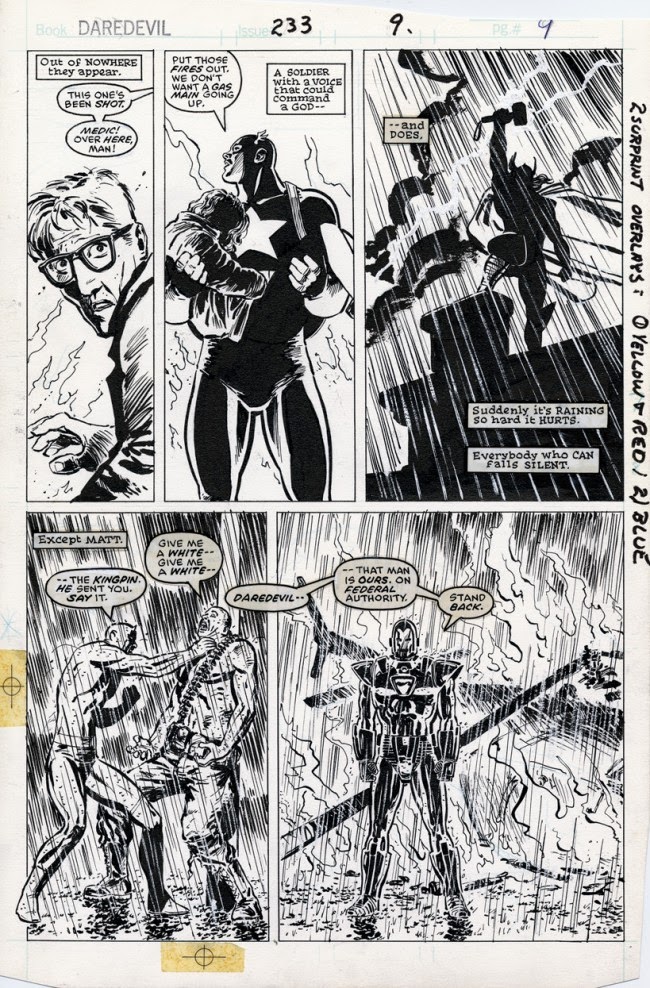 With writer Frank Miller saying Captain America is the character he'd most like to return to mainstream comics for (please, please, please), I felt it was time to look at the powerful popular showdown, and the hidden scene where I think the real punch lies.

As an armed helicopter slices apart Hell's Kitchen on the hunt for The Man Without Fear, the Kingpin's drug-addled mercenary Nuke drops to the streets to pursue on foot. Old ladies fall and innocent civilians die as Matt tries to outwit his flag-face-painted opponent, with blows been felt over twenty blocks away.

As Daredevil finally brings both the foe and his air support to their knees, a familiar voice rings out, resulting in the page (scanned from said Artists Edition) on the left.

With the three panels that follow it, in colour from the actual comic, it is a scene that deserves it's infamy. From Daredevil being the one person in Hell's Kitchen un-intimidated by Thor, to Iron Man's cold almost RoboCop-ish delivery of his deadline response, it's a masterclass all round.

Then there's what comes next. After a brief intermission to check in with The Kingpin, as Matt checks in with Karen, he realises he has been followed. Not by the Kingpins thugs, but by racing to the rooftops above him, he finds none other than Captain America himself. 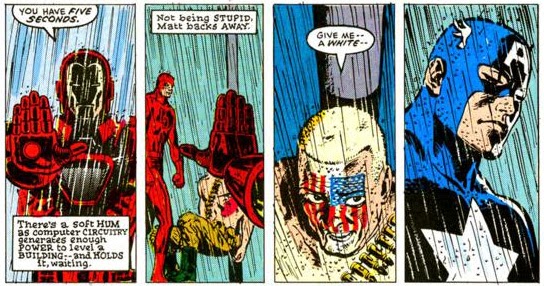 The living legend of World War II has but one question about the proceeding night's events "Who was he?"

After Matt provides answers and that the former U.S. Army fighter is from Cap's "employers", Murdock does the old lawyer trait of turning the question around and asking Steve Rogers "So what's it to you?"

To which Steve replies... 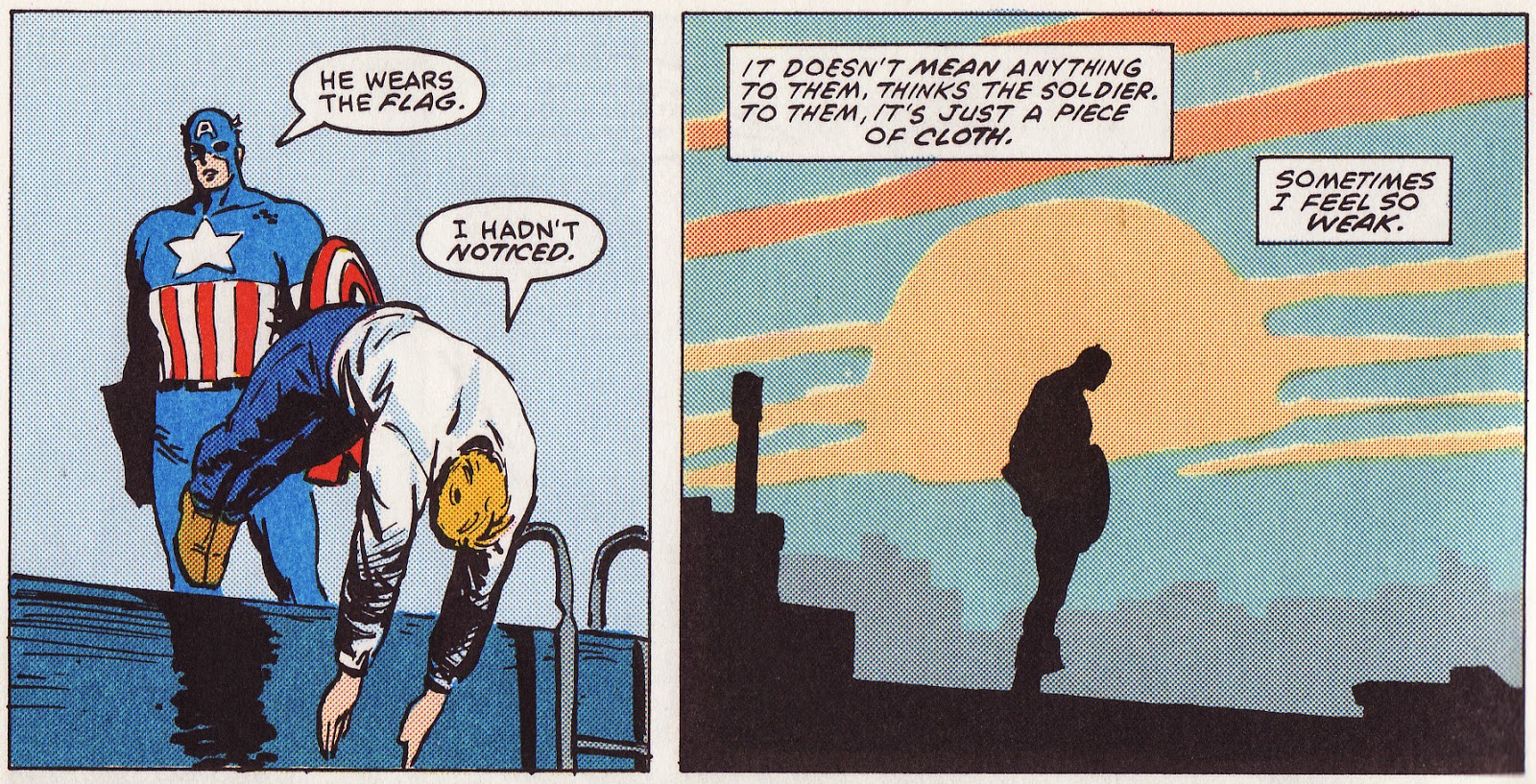 And there you have it. In two panels, Frank sums up the whole notion and core of the living legend better than many writers have failed to do in epics that ran half a dozen issues. While this isn't the end of Cap's appearance in this seminal Daredevil tale, they are the strip I return to everytime I hear someone say they don't get Marvel's idealistic defender. It's all right here.

To see this kind of insight and more, rolled out over 22 pages a month would be a dream come true, and instantly give Cap another seminal run, to stand alongside the likes of Steranko, Kirby and Brubaker.