SWEET AS: The Top 6 From DC Comics' September 2014 Solicitations

When we Kiwis find something we like, we say it's 'Sweet as'. When I look at DC Comics' September 2014 solicits, these six make the 'Sweet As' grade:

Okay, The Riddler is my super (or should that be 'bat') weakness, but by jingoes Jay draws one hell of a Batman! Sure he's got a touch of Finch, but that detail and an odd choice for the spot of 'Boy Wonder' means this is one cover that doesn't need enhancement to move off shelves!

DC says: Batman takes his war on crime to the next level, but he needs the help of his greatest ally – The Riddler?! (W) Francis Manapul and Brian Buccellato (A) Scott Hepburn

THE MULTIVERSITY: THE SOCIETY OF SUPER-HEROES: CONQUERORS OF THE COUNTER-WORLD #1 The biggest adventure in DC history continues!
Who is the demon-like Green Lantern protecting Earth-20? What secret does Doc Fate hold that could save the world? Who are the hand-to-hand and air-to-air combat queens known as the Blackhawks? And what happens when these heroes come face to face with their diabolical Earth-40 counterparts – led by Vandal Savage – for an epic war between parallel worlds? Find out all that and more in this exciting stand-alone issue which also acts as chapter two of the overall MULTIVERSITY storyline. 48 pages. (W) Grant Morrison (A) Chris Sprouse

THE NAMES #1 (of 8) New York City. Forty-year-old Kevin Walker is a successful trader. He’s incredibly rich. He has a young, sexy wife and a son he adores. He has everything. Until…The mysterious man known as the Surgeon walks into Kevin’s office. He takes a seat and tells Kevin to write a suicide note. Trembling but obedient, Kevin does what the Surgeon says. Then, at a word from this well-dressed figure, Kevin jumps out his window and falls fifty stories to his death.

Thus begins a dark thriller set in the world of Big Money. High-end finance that can ruin entire economies, run by a cabal of the world’s richest (and sickest) people. Now, it’s up to Katya Walker – the deadly wife of the late Kevin – to take on this hidden power structure and find out who killed her husband. No matter who she has to kill. MATURE READERS 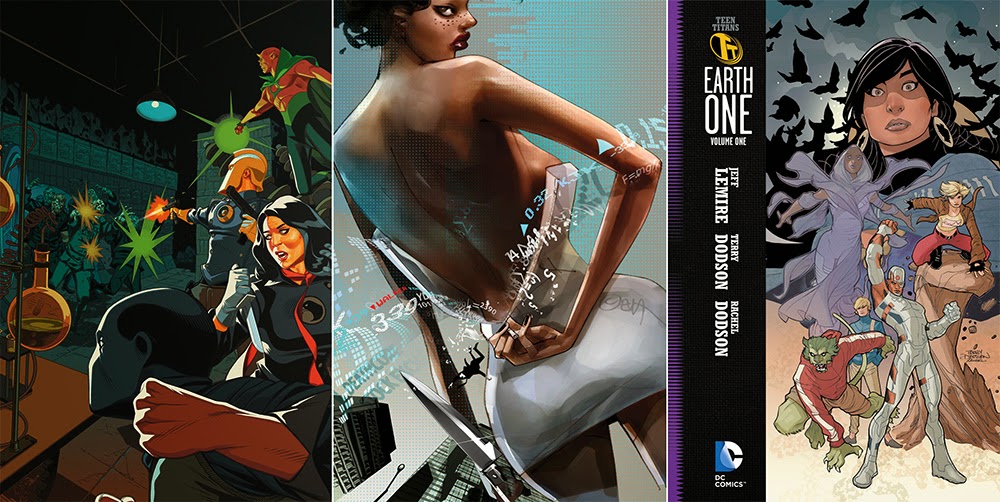 TEEN TITANS EARTH ONE VOL. 1 HC In this new, original graphic novel, the young heroes of the Teen Titans never felt like normal kids...but they had no idea how right they were. Their seemingly idyllic Oregon upbringing hides a secret – one that will bring killers, shamans, and extraterrestrials down on their heads, and force them into an alliance that could shake the planet to its foundations! (W) Jeff Lemire (A) Terry Dodson 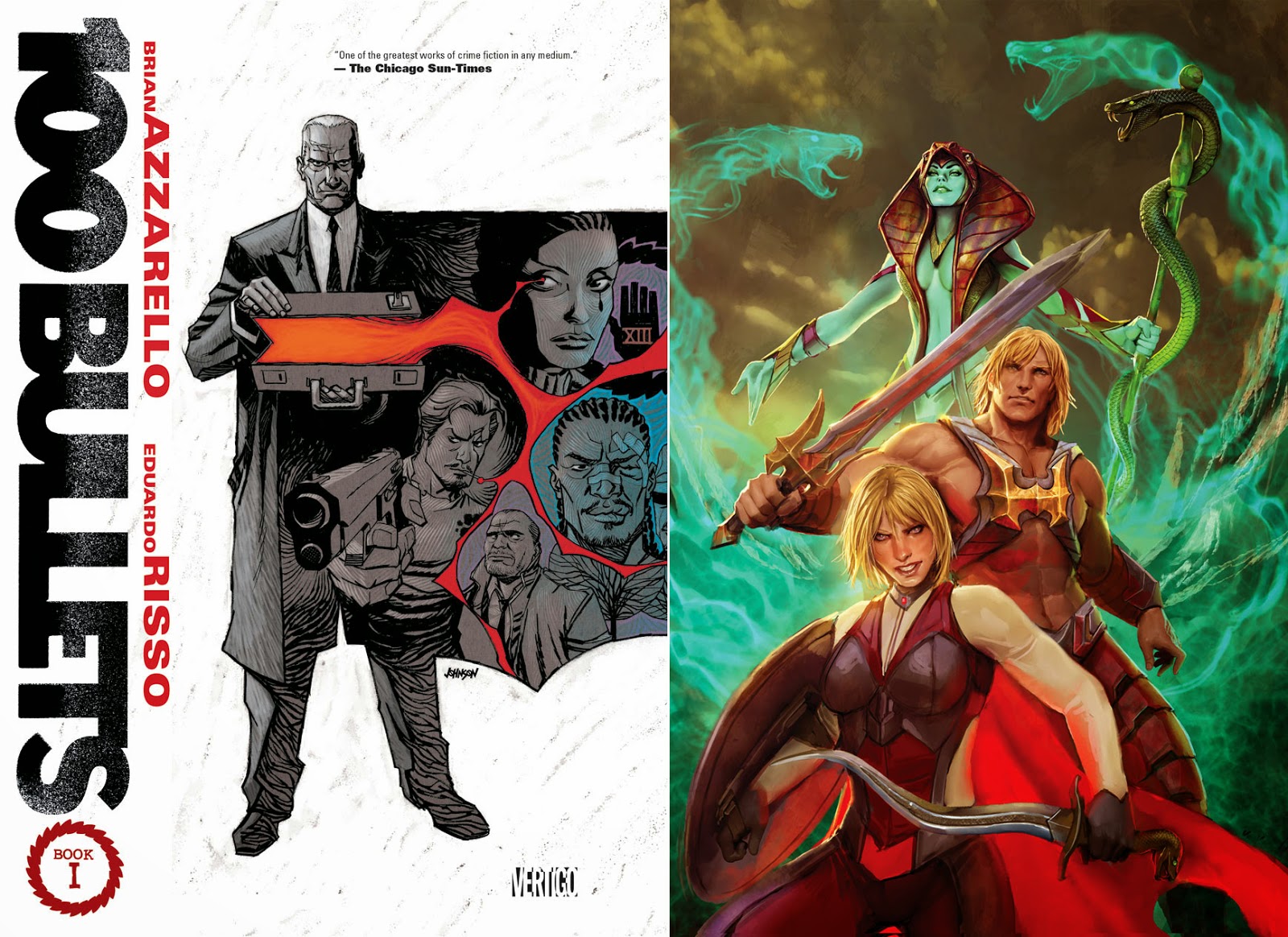 100 BULLETS BOOK ONE TP Issues #1-19 of the Eisner Award-winning crime series are back in a new trade paperback! In the opening chapters, Dizzy Cordova is given the chance to avenge her family’s murders, and a downtrodden bartender receives the opportunity to exact revenge against the woman who ruined his life. Then, as Agent Graves continues to approach and manipulate his “clients,” questions about the ghoulish agent start to arise as people from his past begin to appear, revealing interesting information about their former acquaintance. And in this volume’s third arc, Graves pulls a young man by the name of Loop Hughes into his web of intrigue and deception. (W) Brian Azzarello (A) Eduardo Risso MATURE READERS

SOUNDS LIKE AWESOME:  HE-MAN AND THE MASTERS OF THE UNIVERSE #17 After last issue’s shocking ending, He-Man has been left for dead – and Hordak’s Fright Zone is set to overtake Anwat-Gar. Adora must call upon the Sorceress Teela who tells her the story of King Greyskull’s death and of the lost Eternian relic that might save her brother – The Sword of Protection! Don't miss the action as the Origin of She-Ra continues! (W) Dan Abnett (A) Pop Mhan (Plus, how great is it to see the internet's biggest MOTU artistic fan, Stjepan Sejic actually drawing official MOTU stuff! -Dan)

What do you think?  For the full list of DC Comics September 2014 solicitations, click the jump.
Posted by IADW at 6:45 pm