SWEET AS: The Top 6 From Dynamite Entertainment's September 2014 Solicitations

When we Kiwis find something we like, we say it's 'Sweet as'. When I look at Dynamite Entertainment's September 2014 solicits, these six make the 'Sweet As' grade: 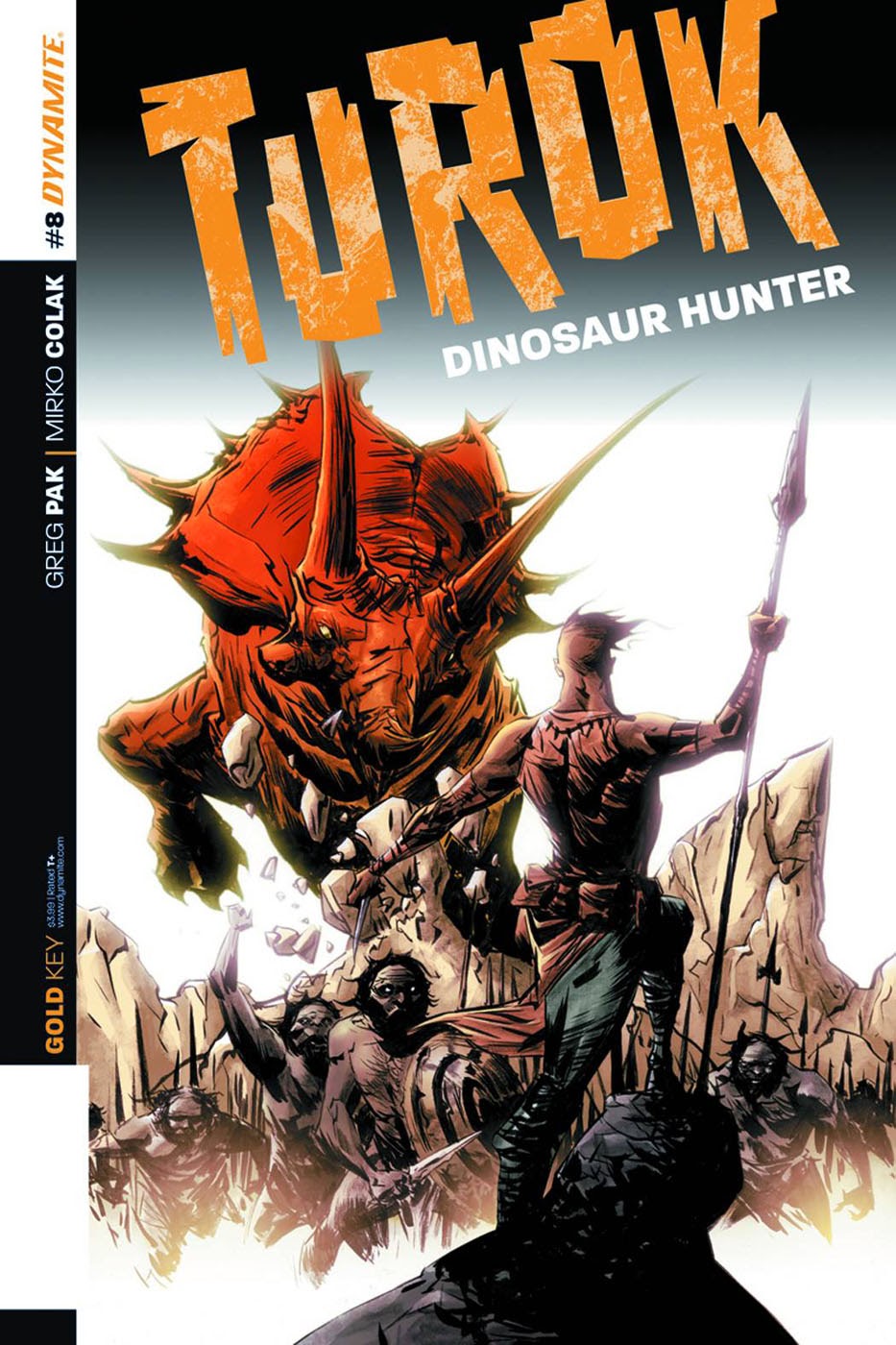 It's one man vs a triceratops and an army of killers stuck in between. Kinda says it all really.

Dynamite says: Can a dinosaur-riding Native American stop the Mongol invasion of North America in 1210 AD? Or will our hero switch sides -- and become the Khan of the New World? Don't miss the shocking conclusion to the West Towards Home storyline -- and the revelation of the destiny of Turok, Dinosaur Hunter, and Altani, Captain of the Mongol skyriders! (W) Greg Pak (A) Takeshi Miyazawa

BEST OF THE NEWBIES:

PURGATORI #1 Spinning out of Dynamite's best-selling Chaos! Universe, Purgatori flies like a vampire bat out of hell into the pages of her own ongoing series! Trapped in hell, the bitch-queen learns that the Devil doesn't play games. Can she outwit Lucifer or will he make her regret the day she crossed him? The titillating tale begins right here! (W) Aaron Gillespie (A) Javier Garcia Miranda

DAWN/VAMPIRELLA #1 Our story begins when the silver tongued demon Masodik tricks and kidnaps both Dawn and Vampirella! Their demon host demands a catfight to see who is best suited to his purposes, but the ladies suggest something more feminine -- a storytelling contest. Together they take us to the bloody shores of Draculon, to post-apocalyptic New York and to worlds beyond imagination. (W and A) Joseph Michael Linsner.

EX-CON #1 Ex-Con is the next book in a series of creator driven comics with The Creators Unleashed. 1985: L.A. con artist Cody Pomeray had a gift for looking inside a mark's soul. But one fateful night, he targeted the wrong man -- and was sentences to the most savage prison in California. Pomeray would have been beaten to death on his first day if not for the intervention of Barnaby Creed, the most powerful crime lord in the Southland... 1989: Now Pomeray's out on parole, robbed of his special ability and tasked with doing Creed "a little favor." He has no idea he's just stepped into a long con, and this time, *he's* the mark. (W) Duane Swierczynski (A) Keith Burns 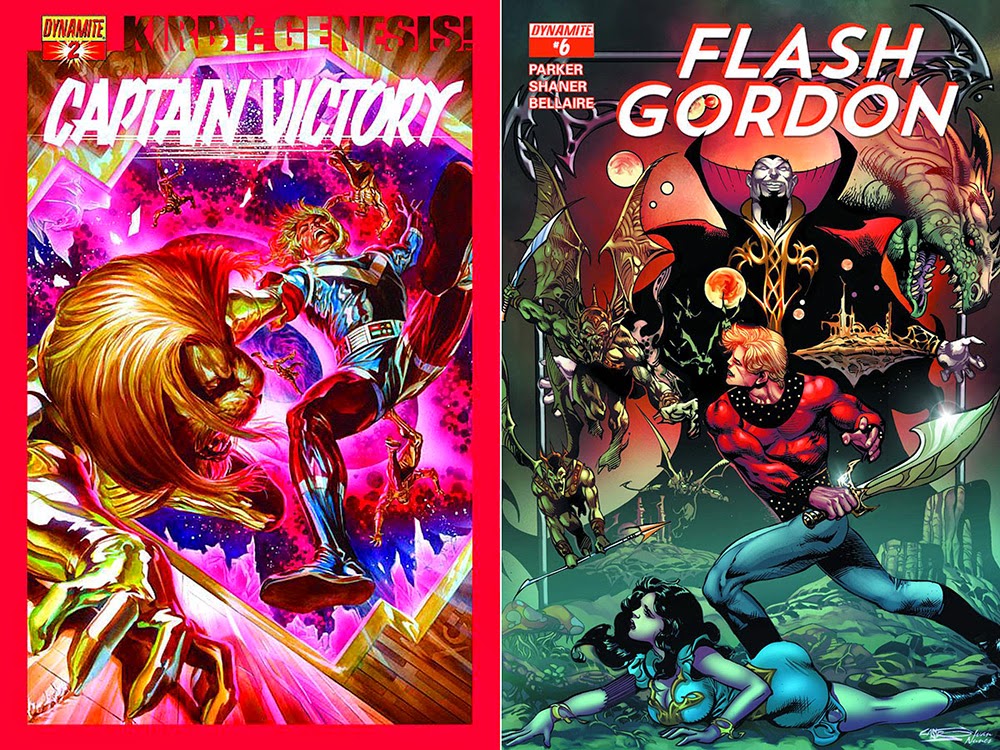 CAPTAIN VICTORY AND THE GALACTIC RANGERS #2 The search for Captain Victory continues! This time, they are bringing with them the special guest artist, Michel Fiffe! Across space and time, the crew of the Dreadnaught Tiger try to unravel the events of last issue. Where is Captain Victory and what new cosmic adventures has he found himself facing all alone? (W) Joe Casey (A) Nathan Fox

FLASH GORDON #6 Smile, you're saving the universe! Flash Gordon and Dale Arden and Professor Zarkov are taking apart Ming The Merciless' empire piece-by-piece, and having a ball doing it -- if only Ming wasn't thinking 25 steps ahead... (W) Jeff Parker (A) Evan Shaner

What do you think?  For the full Dynamite September 2014 solicitations, click the jump.
Posted by IADW at 7:02 pm