SWEET AS: The Top 6 From IDW Publishing's September 2014 Solicitations

When we Kiwis find something we like, we say it's 'Sweet as'. When I look at IDW Publishing's September 2014 solicits, these six make the 'Sweet As' grade: 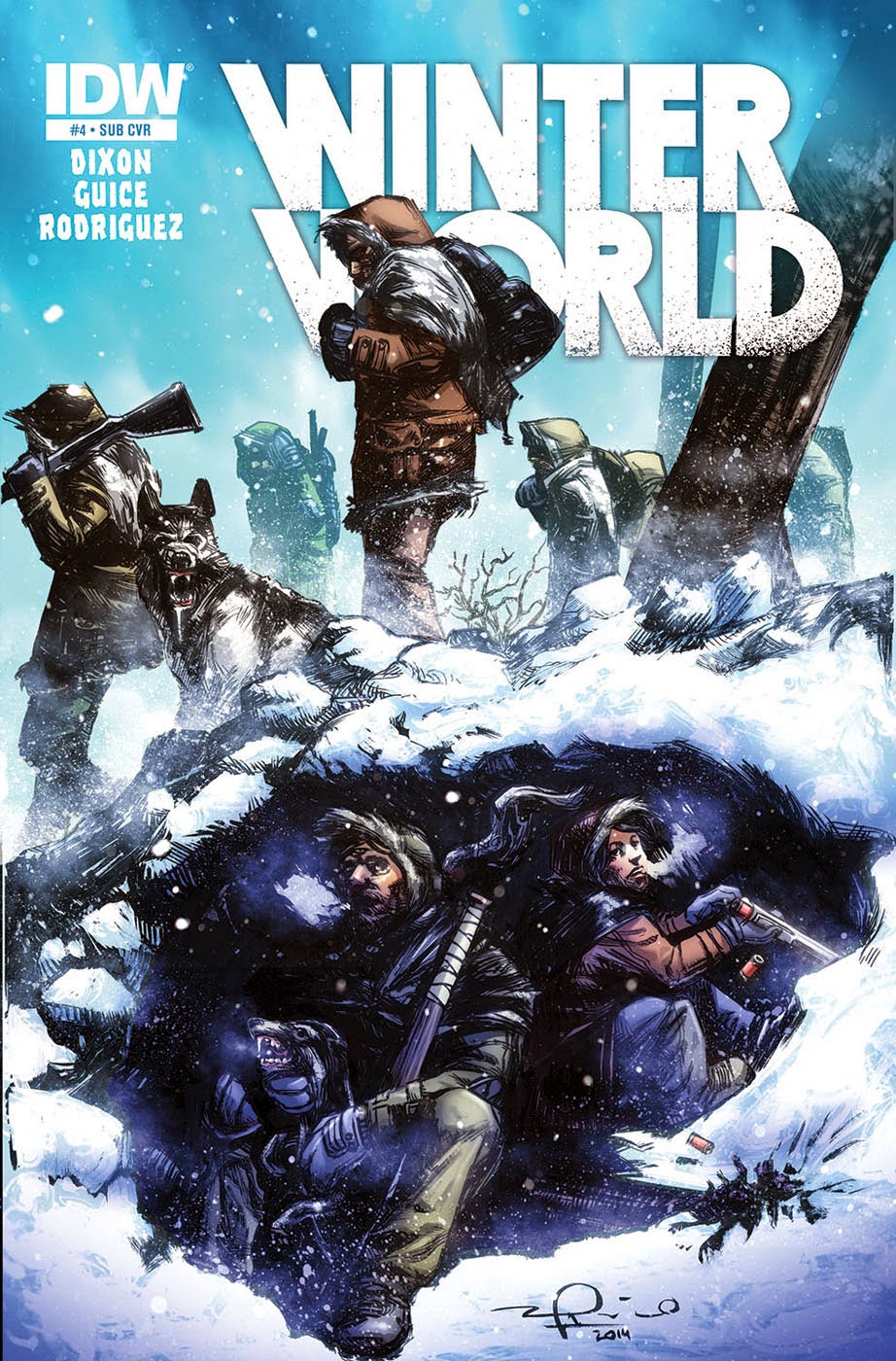 The hunters unknowingly standing over their prey is an action staple, but I really don't think I've seen it so well illustrated. pretty simple really.

IDW says: Scully and Wynn learn that the promise of paradise is a lie as the first arc of this new ongoing comes to an explosive finale. What they thought was a sanctuary proves to be a death trap. The two friends are separated by their captors and Wynn faces a primordial horror on her own. The world is cold but the grave is colder! (W) Chuck Dixon (A) Butch Guice

TRANSFORMERS: PRIMACY #2 DECEPTICONS ASSEMBLE! The war for CYBERTRON begins in earnest! MEGATRON brings together the deadliest of his troops for an unbelievable assault on the AUTOBOTS -- and the TRANSFORMERS' world is shaken to the core! (W) Chris Metzen and Flint Dille (A) Livio Ramondelli

RAGNAROK #2 Walter Simonson's grand epic continues! The Black Elf Assassin and her team of trolls, orcs, and renegades has reached to the Fortress at the Edge of the World. Their masked employer gifted them with the spells necessary to break into Kliffborg to destroy whatever, or whomever, they find within. And in a stone chamber surrounded by a field of stars, they come face to face with a myth all but forgotten in the wake of the Enemies' victory at Ragnarok, a myth more dangerous than anything they could have imagined. (W and A) Walter Simonson

JUDGE DREDD: ANDERSON, PSI-DIVISION #2 An all-new adventure from Cassandra Anderson's early days in Psi-Division! The theft of Cursed Earth artifacts has led Anderson deep into the swamplands near Texas City, where she grapples with mutant creatures and a heart of darkness... Plus, Judge Dredd! (W) Matt Smith (A) Carl Critchlow 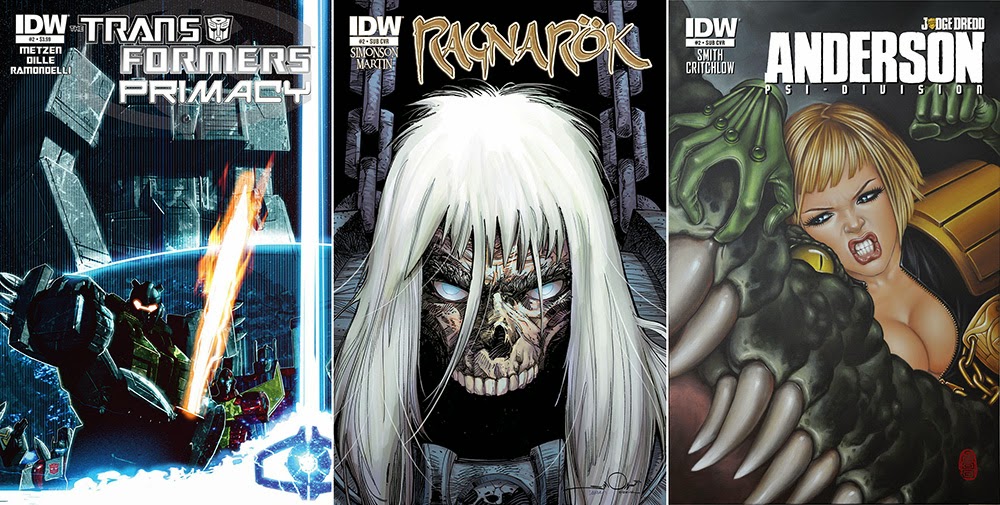 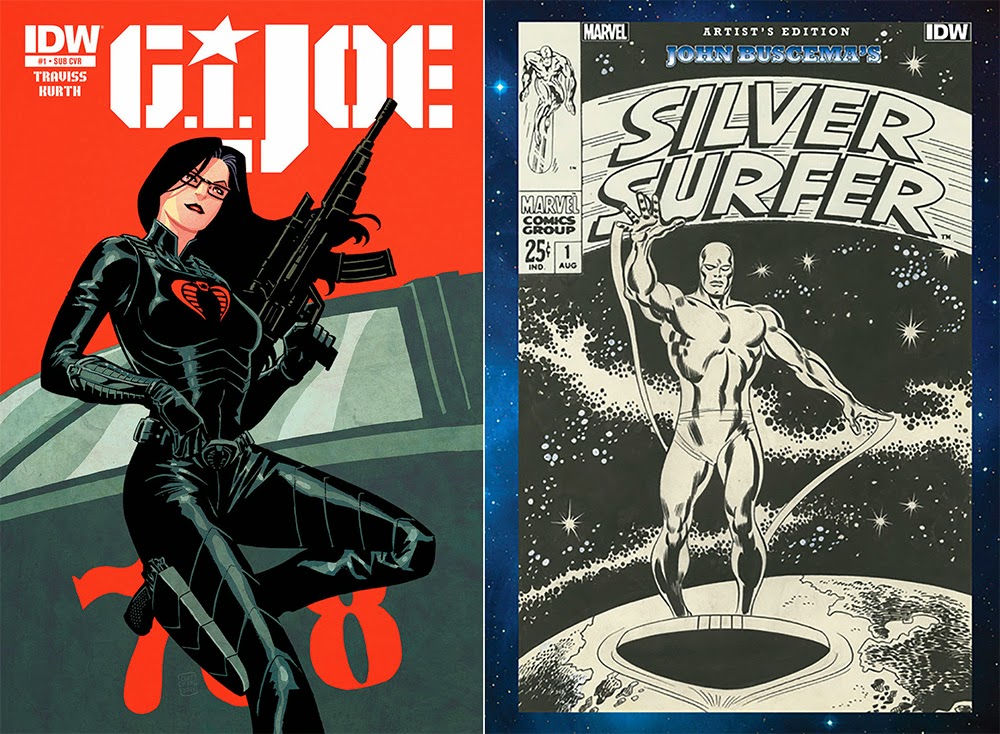 BEST OF THE NEWBIES:

G.I. JOE #1 DOES THE WORLD NEED G.I. JOE? Cobra has become an international peacekeeping force... and the future of G.I. JOE looks bleak. SCARLETT leads what's left of America's ultimate fighting force -- but will she be able to keep hew team together? Real-world action and politics collide... and nothing will be the same. (W) Karen Traviss (A) Steve Kurth

JOHN BUSCEMA'S SILVER SURFER: ARTIST'S EDITION HC John Buscema was one of the most important artists at Marvel Comics for decades. He produced gorgeous pencils for some of the most iconic characters at the House of Ideas, but he is perhaps most acclaimed for his stunning rendition of the noble Silver Surfer! This Artist's Edition will include Silver Surfer classics #5 and #6, both double-sized issues, as well as other stories, a cover and classic page gallery, plus more! All done with the full endorsement and cooperation of the Buscema family. 144 pages (W) Stan Lee (A) John Buscema

What do you think?   For the full IDW September 2014 solicitations, click the jump.
Posted by IADW at 6:30 pm