SWEET AS: The Top 6 From Image Comics' September 2014 Solicitations

When we Kiwis find something we like, we say it's 'Sweet as'. When I look at Image Comics' September 2014 solicits, these six make the 'Sweet As' grade: 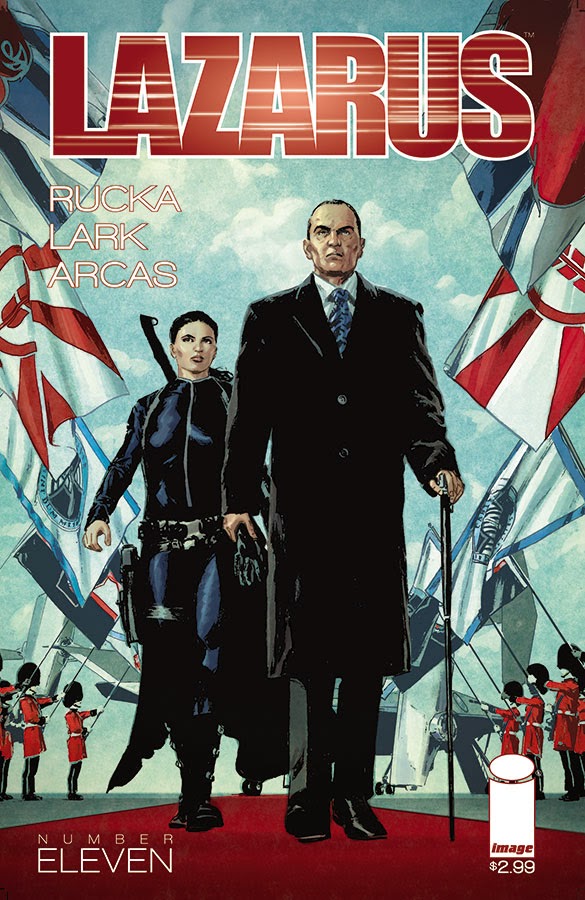 Forget Saga, Walking Dead or Manhattan Projects - this is THE IMAGE COMIC PEOPLE NEED TO READ, and Lark has done a brilliant job showing why on this cover. Forever isn't just the name of the star character, it's how long you'll crave the series for too.

Image says: “CONCLAVE” Part One. For the first time in the 65 years since they divided the world, the 16 Families are gathering again. For Malcolm Carlyle, it is an opportunity to identify and eliminate his enemies. For Jakob Hock, it is an opportunity to exact for revenge. And for Forever Carlyle, it’s the first step in discovering the truth about who she is, and what she is destined to become. (W) Greg Rucka (A) Michael Lark

WITCHBLADE #179 Sara Pezzini's fiercest ally in her battles against the supernatural has always been the Witchblade. But what happens if the Witchblade abandons Sara when she needs it most? A shocking turn of events leaves Sara alone and in deadly danger! (W) Ron Marz (A) Laura Braga 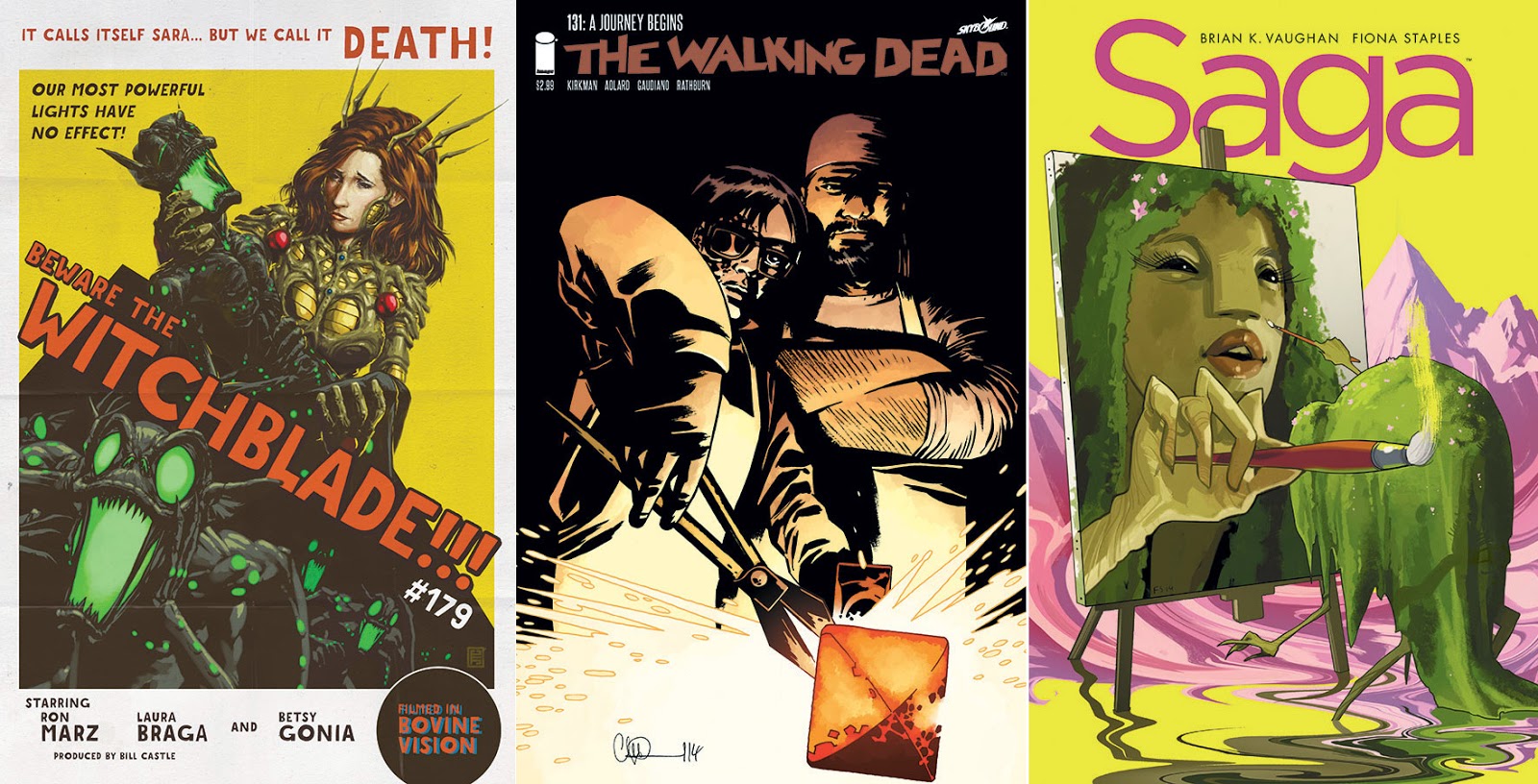 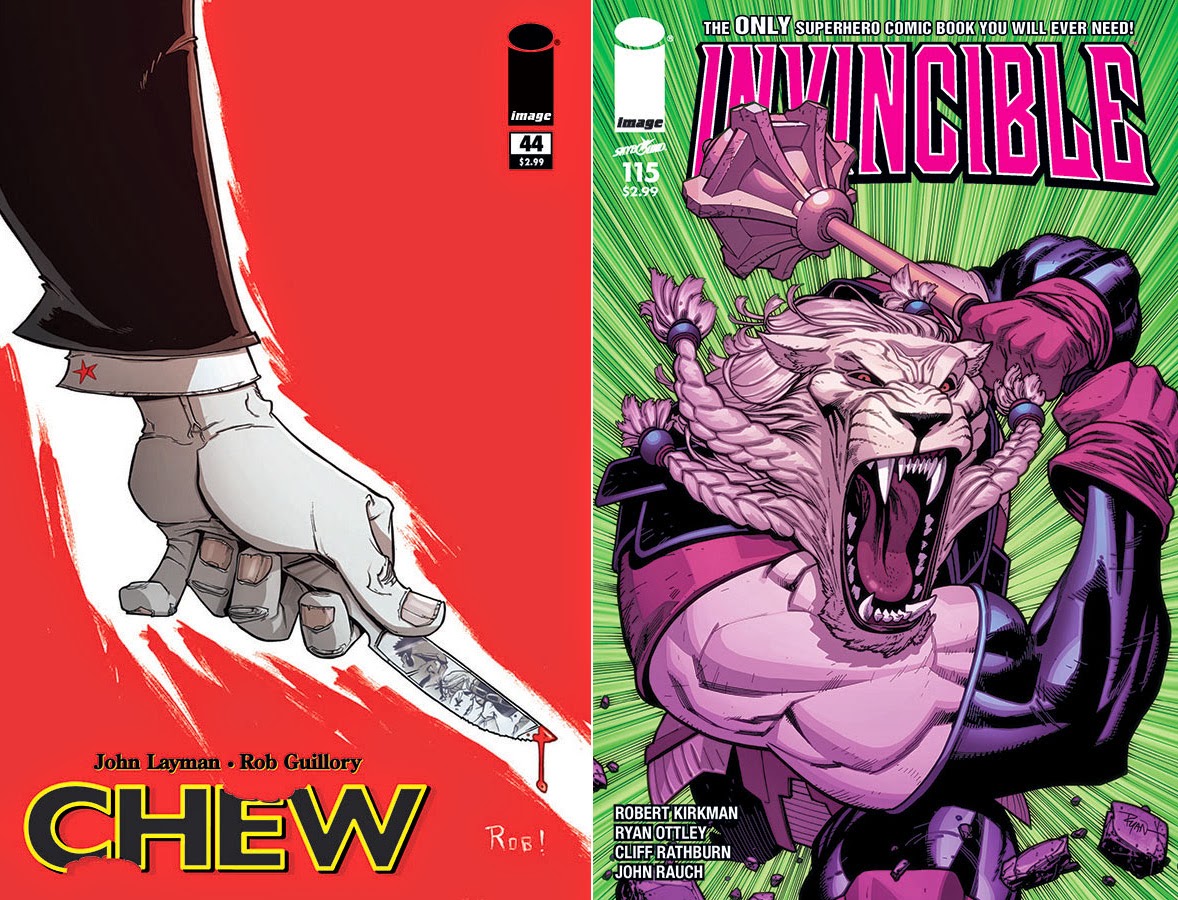 SOUNDS LIKE AWESOME
CHEW #44 “CHICKEN TENDERS,” Part Four
Warning: Sissies will need an adult diaper before reading this one. No joke. No lie. This will be the most talked about issue of CHEW in years. (W) John Layman (A) Rob Guillory

What do you think?  For the full list of Image Comics September 2014 solicitations, click the jump.
Posted by IADW at 9:05 am