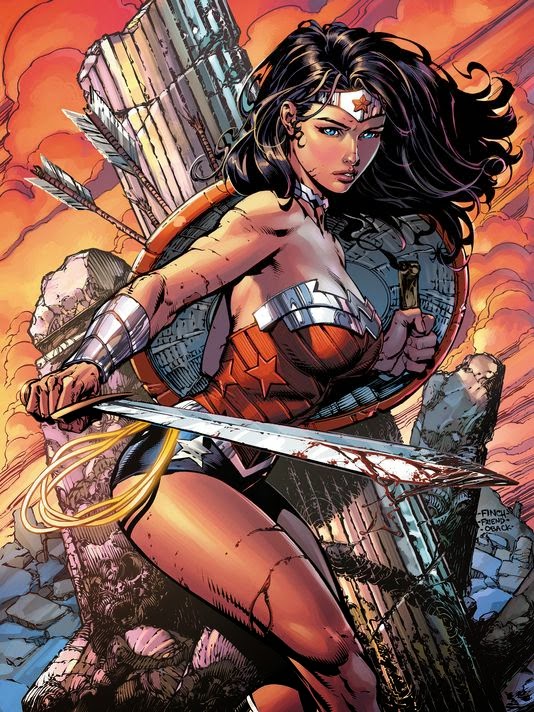 Just as I pop a bag of chippies and sit back to wait for DC Future's End to end what is the 'New 52', DC sticks out news that makes me want to actually give something a try. No it's not October's new Deathstroke series (after all what is Slade without Rose, the Titans or Jericho?) - nay it is the new creative team tipped for Wonder Woman, husband/wife duo, iconic Aphrodite X artist David Finch and writer Meredith Finch.

While my mind is doing somersaults over the idea David May get to draw Ares in his classic George Perez styled armour, or even his take on any of the various Cheetahs, it is Meredith's inspiration from Lynda Carter's iconic TV portrayal that makes me curious as to how the bright will merge with her spouse's artistically dark styles to form Paradise (Island).

Starting with issue 36 in November, the duo plan to tackle how Diana juggles her responsibilities to her homeland, the League and mankind at large. According to Meredith in speaking to USA Today, a lighter tone and a more positive outlook will return to a character who, "...lives what she believes, and she acts on it."
Posted by IADW at 9:40 pm