It's been a wee while since I dove into my pull list and gave a few thoughts on what's working great, what needs a kick and what needs a shove. While this month was quite average, here's three hits that serve to do just that. 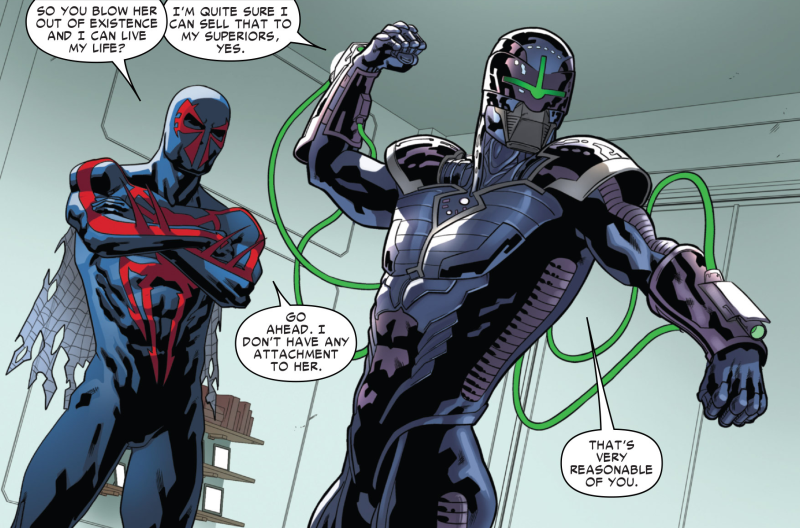 RANDOM REVIEW: SPIDER-MAN 2099 #1: Did we lose the original logo? Was it broken? It sure could of been useful here, to reconnect our time-trapped hero with the future, because this book needs a few more of those links stat. And I don't mean by digitally imposing computer generated buildings and brickwork into the artwork on random occasions as this issue does. Call me old fashioned but I just bought a comic, I want to see my artwork in ink, not photoshop vectors. 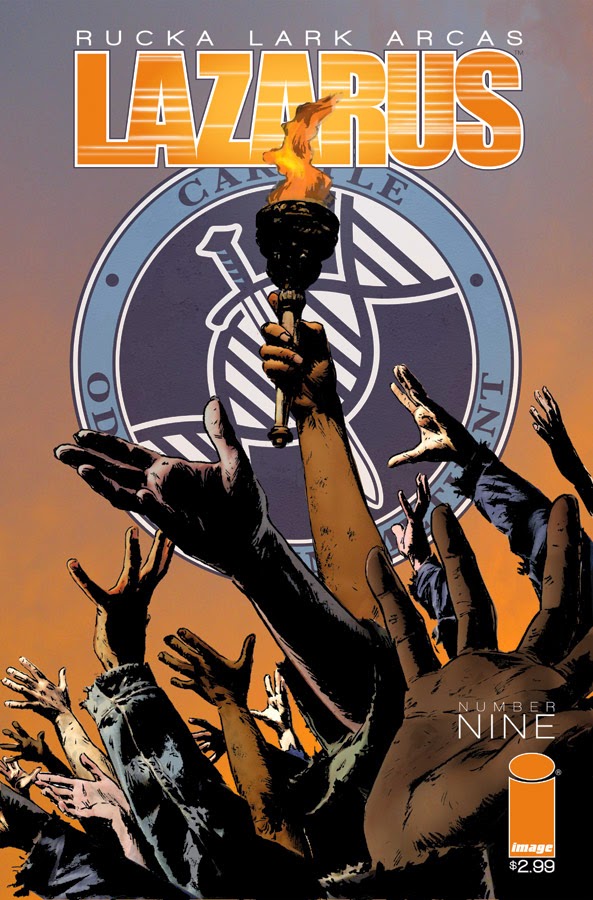 Now before I win the award for grouchiest 35-year old, there are few better writers than Peter David. The dude is back on a character he never should of had to leave, with a villain who executes anyone whose future doesn't contribute anything of worth. It's classic David humour in a can, and with Miguel's wristband P.A. also stirring memories of his highly overlooked Captain Marvel run, Spider-Man 2099 #1 may not be as revolutionary as it's predecessor, but it has a bright future all the same.

COMIC OF THE MONTH: LAZARUS #9: This comic is so freaking perfect, when you buy any other comic at your local store they should put it through a paper shredder at the counter and replace it with Lazarus. After one read, there would be no complaints - it's THAT good.

This issue sees the human waste that have gathered for the chance to rise in class status into the service of the Carlyle family finally enter the 'Lift' selection process. Corrupt nuns, suicide bombers, murder, unexpected returns, shady family loyalties and the changing perspectives of two waste to get their chances at a new life realised all wrapped in more of the best art Michael Lark has ever done. This issue wraps up the second story arc. Treat yourself to something good and get on board when the third rolls round. 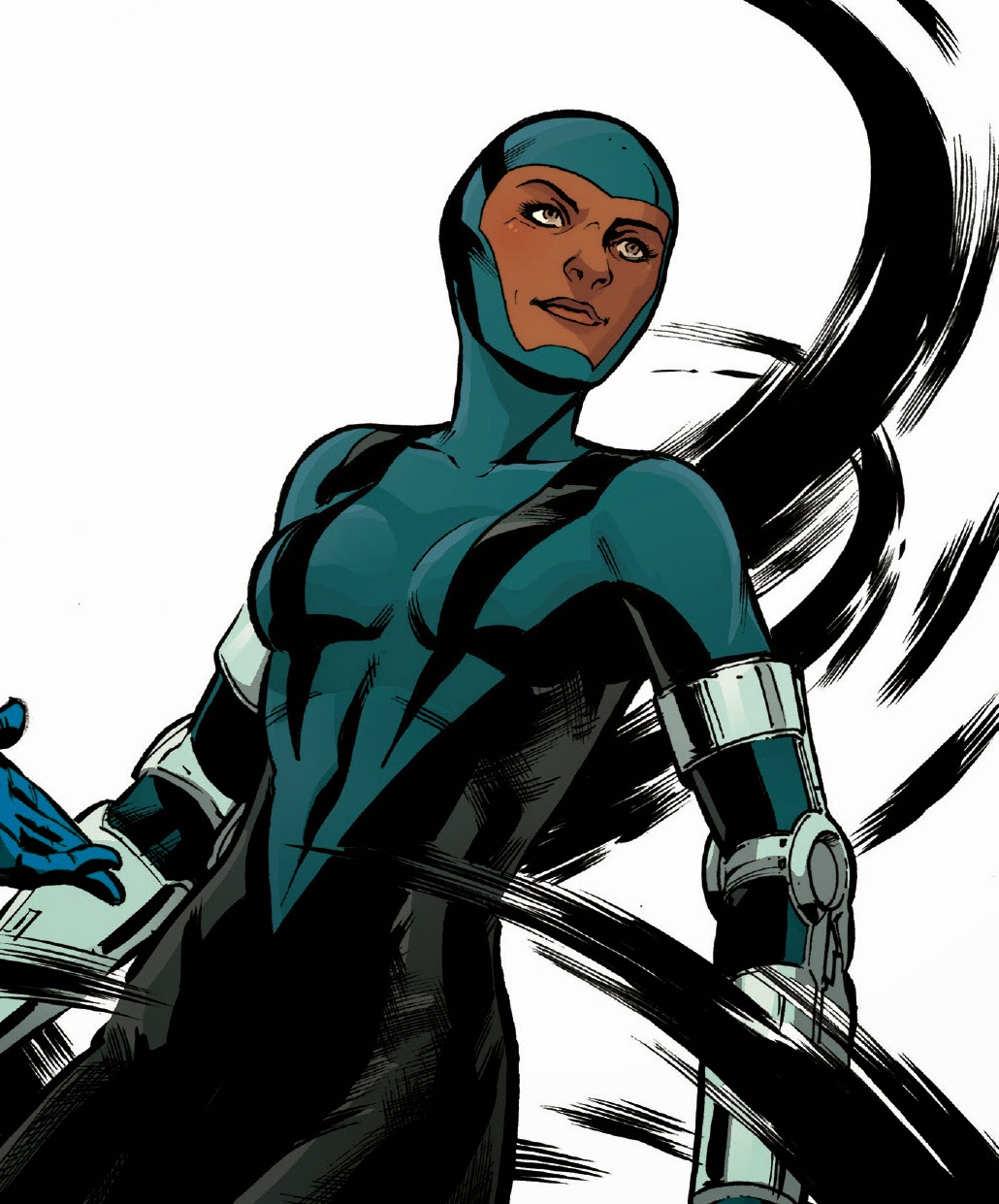 MOMENT(S) OF THE MONTH: NEW WARRIORS #7 Thank $%^$@# for this issue. It really needs to be shoved under Joey Q's nose before they pull the plug on the series, quick (spoilers).

Finally New Warriors is no longer the Justice and Scarlet Spider Beavis and Butthead show, and Speedball once again looks like Speedball thanks to the return of artist Marcus To (ending the run of a fill in artist that just didn't fill in).

Most of all, the darkforce AND Silhouette return! While I actually miss her original punk hair style and fierceness, having Sil back on board means this book is starting to feel like the cozy pair of pyjamas I always hoped it would. Sure it's not a onesie yet, but it's getting close.

What were your hits of the month?
Posted by IADW at 9:08 am