SWEET AS: The Top 6 From DC Comics' November 2014 Solicitations

When we Kiwis find something we like, we say it's 'Sweet as'. When I look at DC Comics' November 2014 solicits, these six make the 'Sweet As' grade: 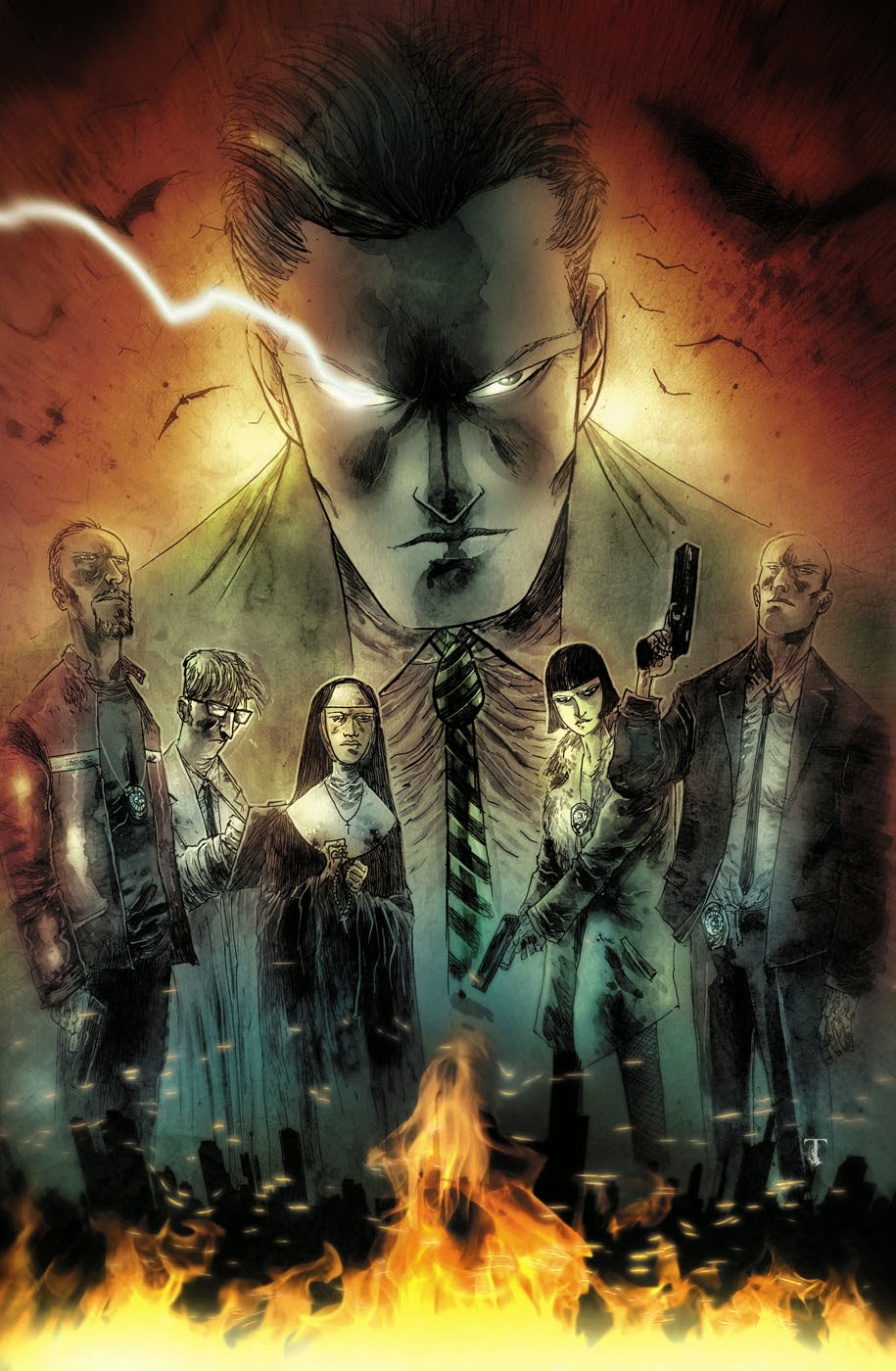 PICK OF THE MONTH:  GOTHAM BY MIDNIGHT #1

The original Spectre would easily be in my Top 5 DC comic characters list, maybe even my Top 5 characters list period (the latter would take a weekend long period of research, intense pizza and little sunlight).

Still, long story short, if it takes throwing Jim Corrigan (the original Spectre's host) into Gotham to get him granted a new series, then damnit, bat-ernising every DC book is finally paying off. Plus the art is done by Ben Templesmith!!

DC says: Strange doings are afoot in Gotham City! Look out, though -- Jim Corrigan is on the case in this all-new series! (W) Ray Fawkes (A) Ben Templesmith. $2.99.

JUMP ON HERE!
WONDER WOMAN #36 As this new epic begins, the fate of the Amazons is about to be revealed, major new characters will be introduced and a new villain will arrive with enough power to defeat the combined might of Wonder Woman and her Justice League teammates! Don't miss the start of this story that guest stars Swamp Thing! It will define what it takes for Diana to fulfill her destiny as Wonder Woman! (W) Meredith Finch (A) David Finch $2.99

SOUNDS LIKE AWESOME
THE MULTIVERSITY: PAX AMERICANA #1 Brace yourselves for the next exciting chapter of The Multiversity as the All-Star Superman team of writer Grant Morrison and artist Frank Quitely investigate the conspiracy on Earth-4, home of Pax Americana! Told backwards through an experimental storytelling technique that reveals new mysteries with each turn of the page, Pax Americana stars The Question, Blue Beetle, Captain Atom, Nightshade and Peacemaker like you've never seen them before! 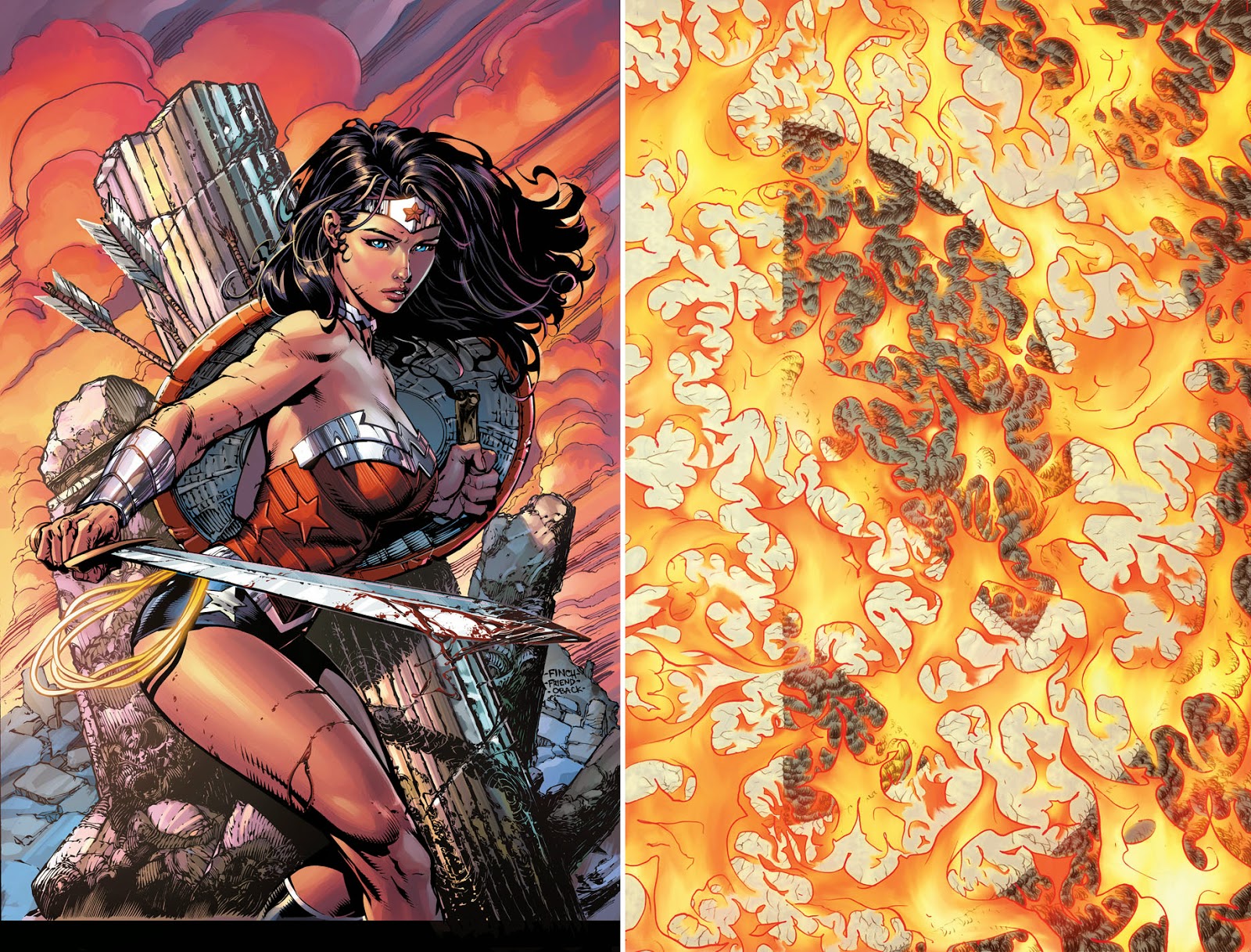 As the assassination of the U.S. president leads to political intrigue, interpersonal drama and astro-physical wonder, the truth behind the crime and those involved will blow your mind! What confidential conversation between the president and Captain Atom could reveal everything? How far will The Question take his hunt for the truth before he hurts his former friends -- or himself? And who is the steel-handed bogeyman operating in the shadows? (W) Grant Morrison (A) Frank Quitely 48 pages, $4.99

THE REGULAR READS
AMERICAN VAMPIRE: SECOND CYCLE #7 The Cold War is heating up! It's red buttons, nuclear silos and a race against destruction. Meanwhile, it's launch time for Skinner and Calvin as these American Vampires venture to the deadliest of frontiers: space! (W) Scott Snyder (A) Rafael Albuquerque. $3.99

ASTRO CITY #17 Krigari Ironhand. Tyrant. Emperor. Interdimensional scourge. Honor Guard's greatest enemy. His rise. His fall. The death of one of Honor Guard's own. And the secret story behind it all. Featuring guest penciller Tom Grummett in a very human tale of obsession, cosmic battle and interstellar conquest. (W) Kurt Busiek (A) Tom Grummett and Cory Hamscher $3.99

SWAMP THING #36 "The Machine Queen," part 2: The Machine Kingdom is not happy with Swamp Thing, and the lines of battle are drawn! But Alec Holland has a humanity the Machine Kingdom lacks, and that gives him an edge...at least for now. Still, no man -- not even a plant one -- is an island, and Swampy must seek out his true love, Abigail Arcane! We hear the Rot is very nice this time of year... (W) Charles Soule (A) Jesus Saiz 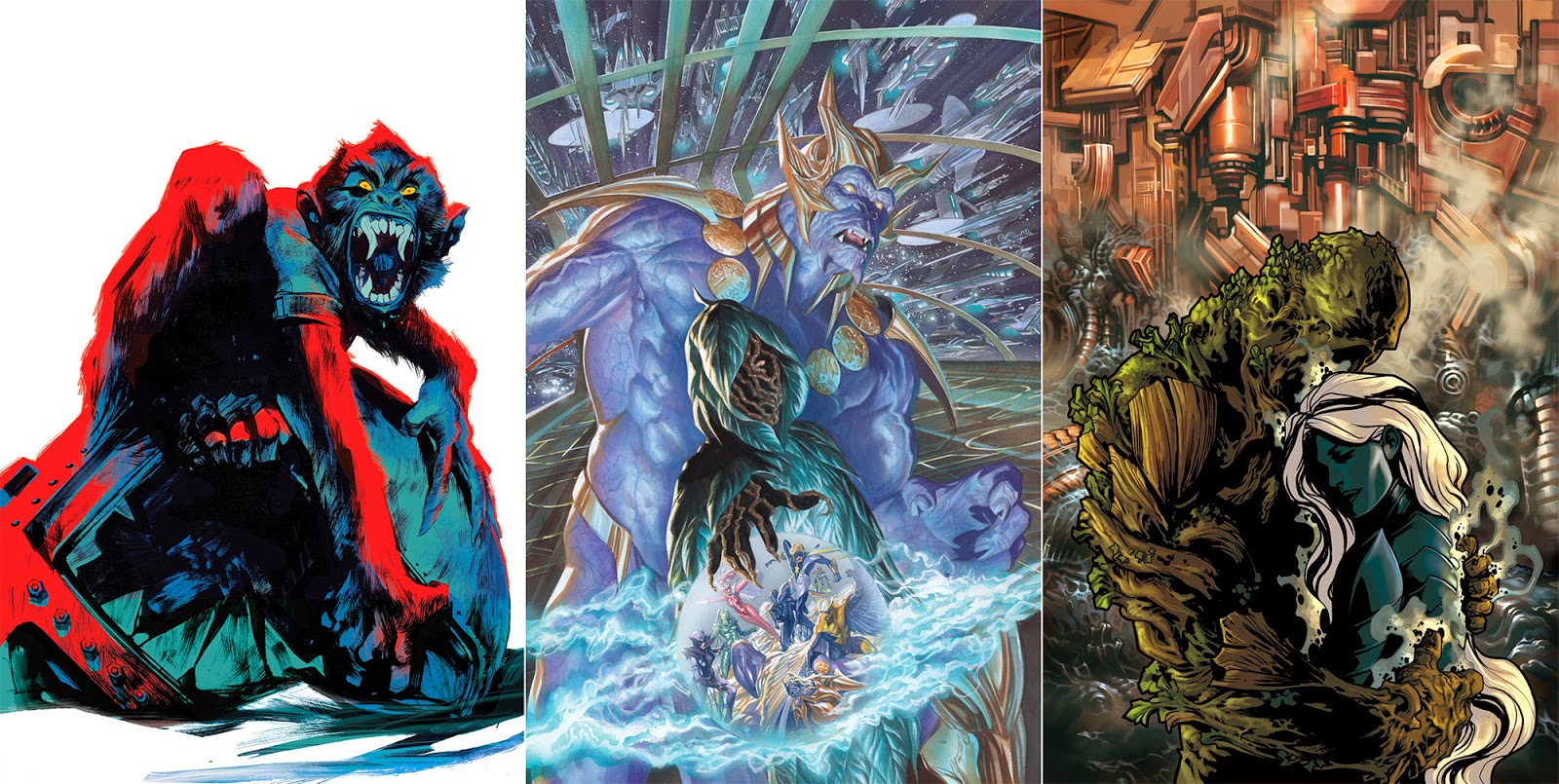 What do you think?  For the full list of DC Comics November 2014 solicitations, click the jump.
Posted by IADW at 5:54 pm