SWEET AS: The Top 6 From Image Comics' November 2014 Solicitations

When we Kiwis find something we like, we say it's 'Sweet as'. When I look at Image Comics' November 2014 solicits, these six make the 'Sweet As' grade: 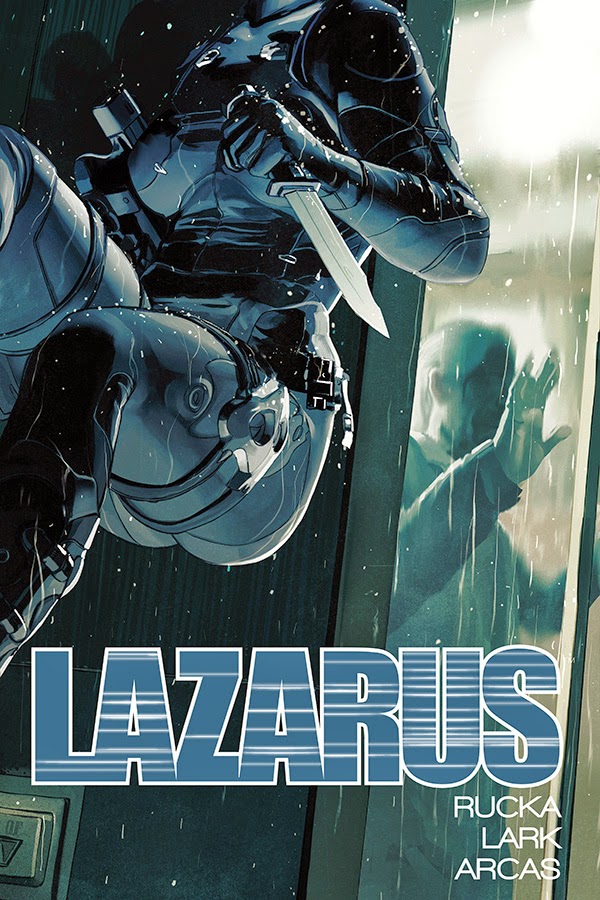 PICK OF THE MONTH:
LAZARUS #13

Can I find any other way to smuggle Lazarus plugs into this site? I don't know, probably.. the sidebar could do with a refresh... Seriously though, this is the best book on the planet right now and this cover, one of the best of the series. Step aside Cyclops and Havok, sibling rivalry has a new face.

Image says: Conclave Part Three Surrounded by decadent luxury, the Conclave of the 16 Families continues. As new alliances are formed and old ones destroyed, Forever is dispatched by her father with a uncharacteristically straightforward mission: kill her brother, Jonah. (W) Greg Rucka (A) Michael Lark

TOOTH & CLAW #1  Busiek returns to Image Comics with a new ongoing series! Conan meets Game of Thrones meets Kamandi in an original high-fantasy epic for mature readers, as a secret conclave of wizards brings a legendary champion back through time to save the world, with disastrous consequences. The action begins in a spectacular double-sized first issue, with forty-four pages of story with no ads for the regular price of $2.99! (W) Kurt Busiek (A) Ben Dewey. 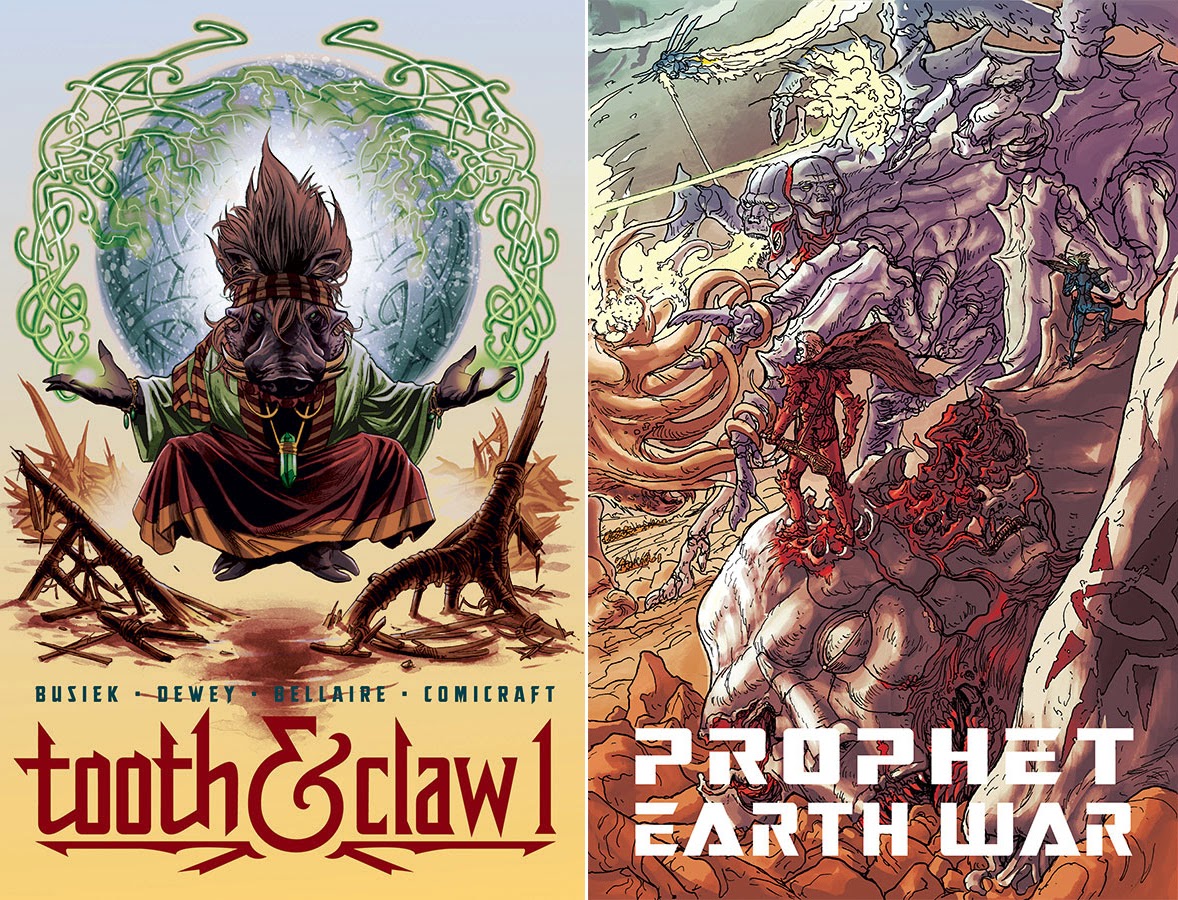 WITCHBLADE #180 Darkness falls in Witchblade's 19th anniversary! In another life Jackie Estacado was Sara Pezzini's lover and the father of her child. Now he has used the power of the Darkness to endanger the whole of human existence and only the Witchblade can stop him. Here at last is the untold story...the Death of Jackie Estacado! (W) David Hine (A) Laura Braga

SAVAGE DRAGON #200 Savage Dragon is out of prison and the Vicious Circle is gunning for him. Malcolm Dragon and his step sister Angel join forces to keep their father alive against an all-out assault in this movie-length epic. Back up stories include an Angel and Mr. Glum story drawn by Batman alum Chris Burnham, Malcolm and Savage Dragon in WWII by legendary Incredible Hulk artist Herb Trimpe, Special Agents Strikeforce by Nikos Koutsis, Vanguard by Gary Carlson and Frank Fosco and Malcolm Dragon by Travis Sengaus. (W) Erik Larsen and Gary Carlson (A) Erik Larsen, Herb Trimpe, Chris Burnham, Nikos Koutsis, Frank Fosco, and Travis Sengaus, covers by Erik Larsen, Jack Kirby. 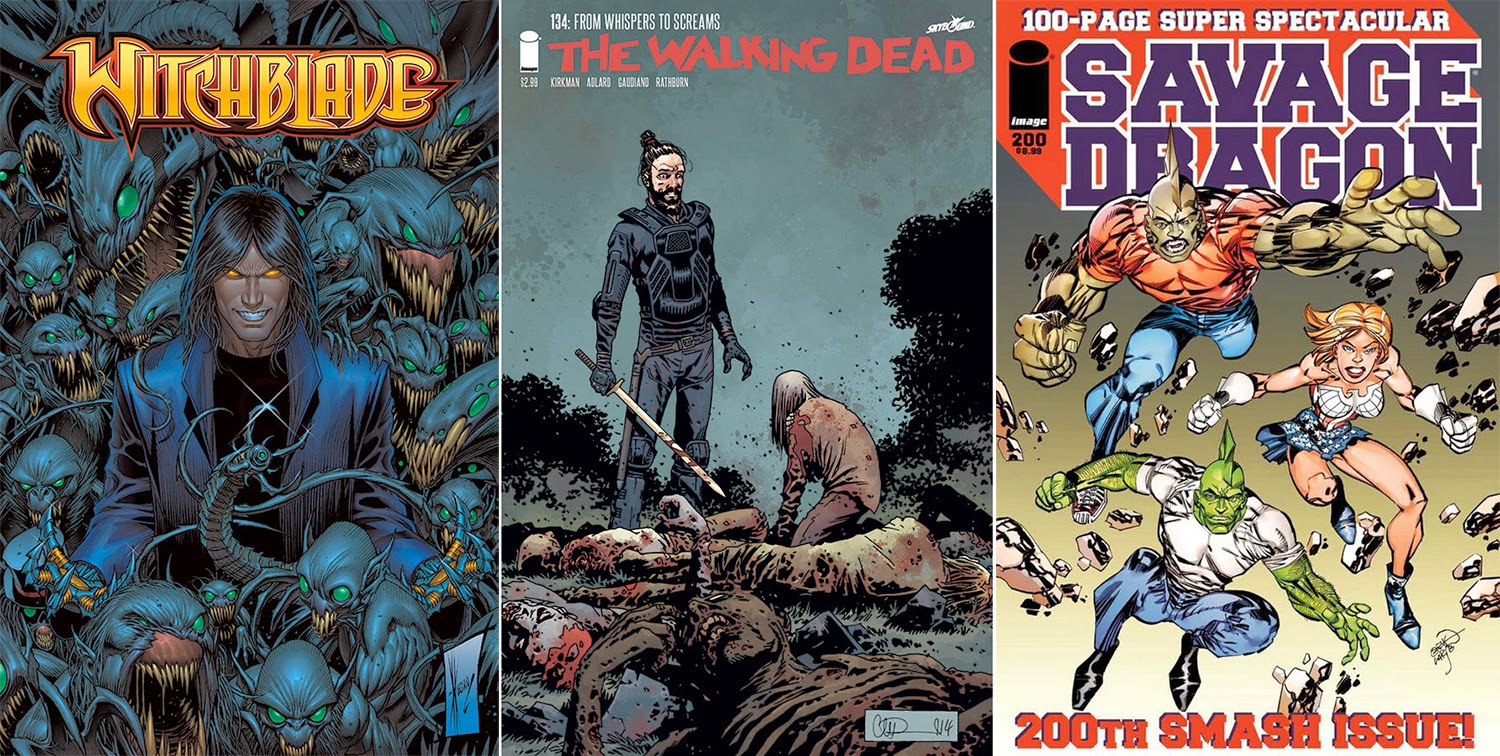 What do you think? For the full list of Image's November 2014 solicitations, click the jump.
Posted by IADW at 7:43 pm