WHAT DO I WANT TO DO NEXT? I WANNA' DO THE THUNDERBOLTS! Guardians of The Galaxy Director James Gunn Speaks 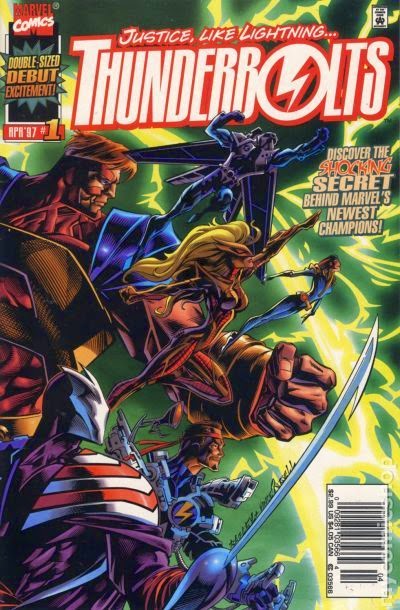 When you've turned a bunch of anti-heroes into one of Marvel's biggest on-screen successes with Guardians of the Galaxy, you can pretty much have your pick of keys to the kingdom as to what you will touch next.

However it's not major icons like Punisher, Ghost Rider or Blade Guardians director James Gunn has his eyes on, if anything we wants to go more obscure than his cosmic hit renegades, he wants The Thunderbolts. (Which depending on era, may include ol' Frank, Ghosty and Blade after all).

Saying in an interview with ScreenRant "Thunderbolts? I will tell you, one time I was saying to Kevin [Feige], we were sitting on set together on one of the days he visited and I said, ‘You know, I really want to make Thunderbolts,’ and he said, ‘James, if Guardians does well you'll be able to do whatever you want so we’ll see what happens."

With the original Thunderbolts team (pictured left) marketed as the substitute Avengers, in a world robbed of both Earth's Mightiest Heroes and the Fantastic Four, it's hard not to jump up and down like Batroc the Leaper, at how perfectly writer Kurt Busiek and artist Mark Bagley's premise would snugly fit within Marvel's Avengers based Hollywood offerings.

While these substitute Avengers were really the Masters of Evil in disguise, ready to overthrow an unsuspecting world (both fictional and of a readership caught by surprise), many tried to be heroes before the initial series finished, but to little avail. Could a Thunderbolts film be an 'in' for as yet unused Captain America foe Baron Zemo? Will Songbird, Atlas and Mach V have his back, or would that fall to existing Marvel movie rogues like Batroc, Crossbones, Whiplash, Abomination and The Destroyer? Oh the possibilities.

Other line-ups of the Thunderbolts in comics are all hampered by other movie studios contracts on Marvel characters. Sony currently has the rights to Green Goblin Norman Osborn, Venom, and the alien symbiote's Thunderbolt era 'host' Mac Gargin - The Scorpion. Still, a Marvel heavy-hitters team of unused villains hunting down the Avengers in a similar Civil War/hero registration backdrop is also a possibility. Bullseye would allow a crossover between Marvel Studios and Netflix, as would Luke Cage, the Avenger who was sent to be 'warden' over one of the best Thunderbolt runs - although his 'prisoner' the Juggernaut would be ruled out by X-Men right holder Fox. 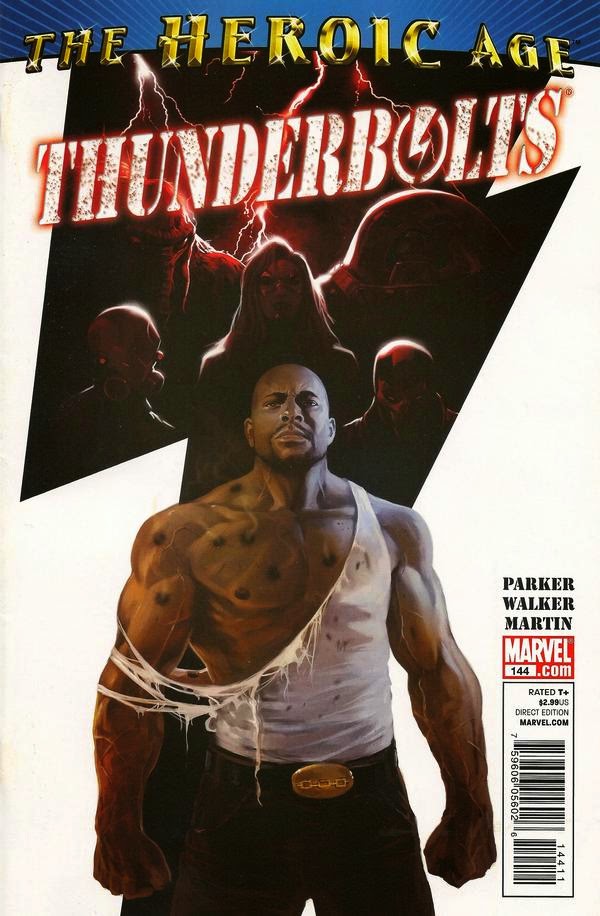 Then of course there's the current anti-heroes line-up mentioned above with Punisher, Elektra, Deadpool (Fox has him too), Red Hulk (aka Thunderbolt Ross), the new secret agent Venom (still Sony) and Ghost Rider. These guys are too big, and I seriously think Marvel would want to get a Punisher solo film the kind of audience it should have, before teaming him up in any way.

Me, while no amount of Luke Cage on TV or big screen will ever be enough, I'd like Gunn (if allowed to take the 'Bolts forward), to stick as close to the original premise as possible and follow the story of Hawkeye jumping ship from the Avengers to snatch the Thunderbolts that like playing hero from under Zemo's nose.

Leaving the glory boys for the 'Bolts would highlight Clint's character and give the beleaguered bowman more of a slice of the Marvel Studios pie than he has received so far. To increase the 'awesome' I'd throw in the best surprise characters from other comic iterations of the team, like Ghost and Troll, who would really be something in 3D.