If you thought one more 80's revival would make 'now' feel more like the awesome 80's rather than like the 20-10's, brace yourself; Jem and The Holograms are coming to comics via IDW Publishing. No creative team or launch date were named in the exclusive tease, but with a movie also in the works, you don't need to be Synergy to have a guess at the 'when'. 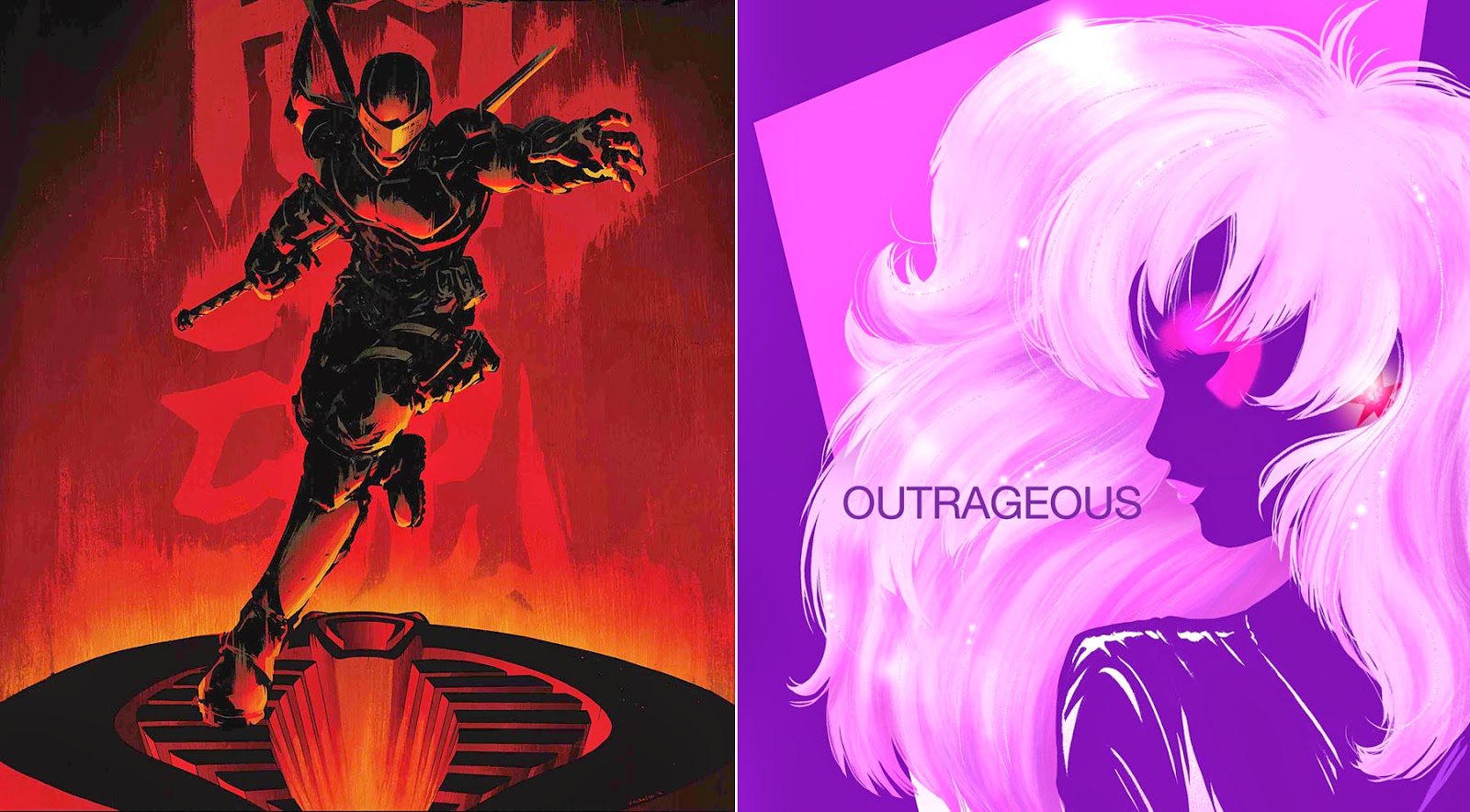 Sticking with Hasbro licences, silent assassin, Snake Eyes will yell 'COBRRRAAAAA' when he takes on Scarlett's revamped Joe squad in Snake Eyes: Agent of Cobra. Written by Mike Costa and drawn by Paolo Villanelli, the January debut will stay mysterious as to whether 'Eyes has gone rogue, although his former allies may be all black and blue (if not dead) by the time they find out.