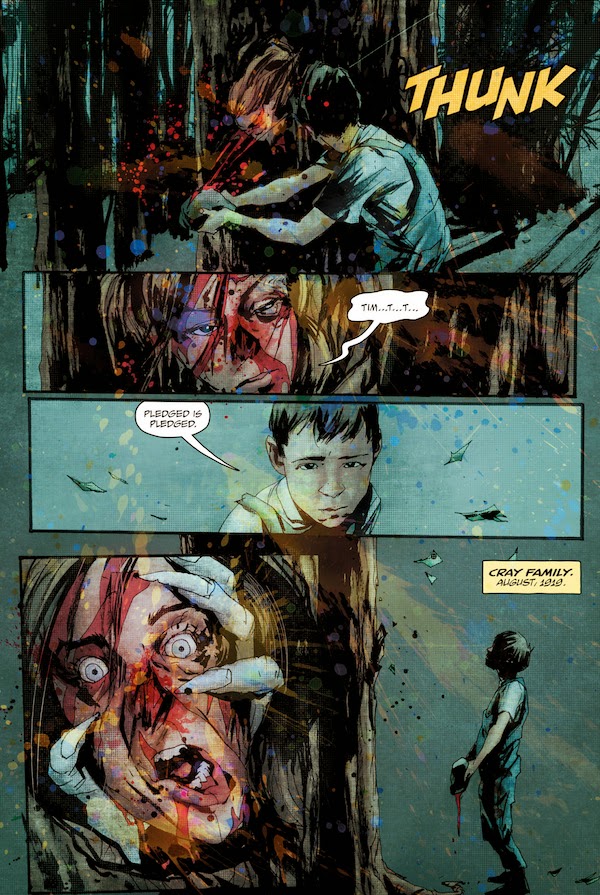 It was only a matter of time before Hollywood looked at Image Comics as more than 'just that Walking Dead' place, but few would have picked their next biggest target would be only one issue old, and only by a matter of weeks.

Writer Scott Snyder and artist Jock's Wytches is reportedly being picked up for Hollywood by New Regency, for Brad Pitt's Plan B to produce. Deadline states Snyder and Jock will be executive producers on the film adaptation, meaning it should stick true to its roots and hopefully Jock's stunning artwork that really does give the series its bite.

Jock has done a lot of art for 'comic movies' of late, from Nolan's Dark Knight trilogy to being lead concept designer on Dredd, so this comes as just reward that it is now his own co-creator owned work that is getting adapted.

For those who missed the first issue, Wytches follows Charles Rooks, as he moves his family to help his daughter Sailor, recover from her ordeal with a local bully. Still haunted by the accident, Sailor finds the darkness has followed her and now is closing in. A mythic dark presence neither her, her father, or her family may stand a chance of stopping from achieving its sinister agenda...