SWEET AS: The Top 4 From IDW's January 2015 Solicitations 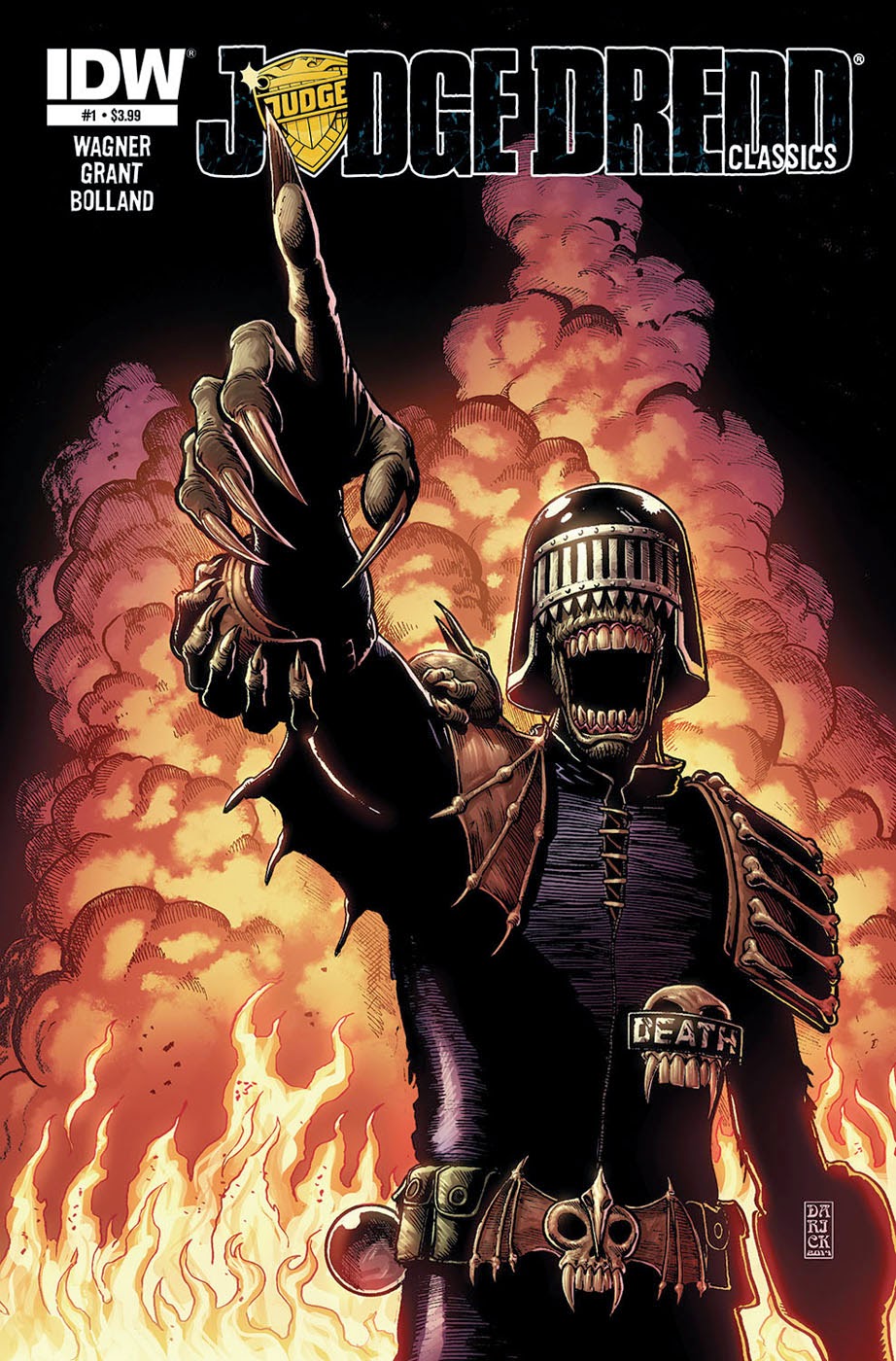 When we Kiwis find something we like, we say it's 'Sweet as'. When I look at IDW's January 2015 solicits, these four make the 'Sweet As' grade:

PICK OF THE MONTH:
JUDGE DREDD CLASSICS: THE DARK JUDGES #1

Man, Darick Robertson has changed his style so much since his time on New Warriors hasn't he? Definitely channeling Bolland here!


IDW says: His name is Judge Death and in his eyes all life is crime! Together with his brothers Fear, Fire, and Mortis, the super-fiend from Deadworld is determined to end all life in Mega-City One once and for all! This compilation features classic Judge Death tales from the pages of 2000AD, including his stunning debut story by co-creators John Wagner and Brian Bolland. (W) John Wagner, Alan Grant (A), Brian Bolland

THE REGULAR READS:
EDWARD SCISSORHANDS #4
Things come to a boil as Megs and Edward go after Eli, finding some disturbing secrets about the town along the way. It's a race against time as the unlikely duo work against rumors, a growing mob mentality, and even Megs' own family to stop something truly horrible before it happens. (W) Kate Leth (A) Drew Rausch

RAGNAROK #4 Beyond the Forest of the Hanging Dead, Thor encounters the Village at the End of the World and its guardian, an armored Troll. He and the Troll exchange favors, and Thor comes to envy the dead, as the tale of the Last Day of the Gods is told. (W/A) Walter Simonson. 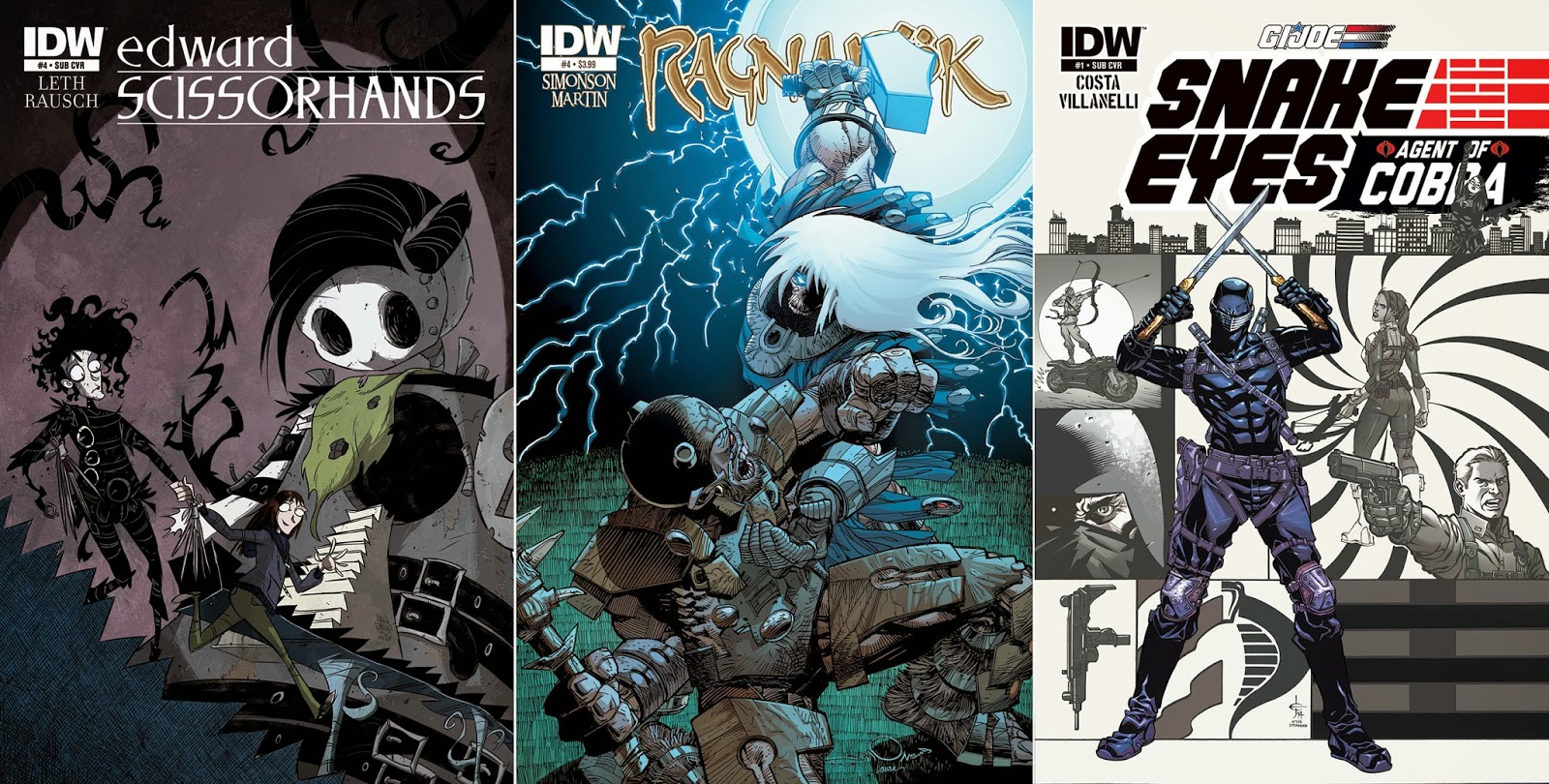 JUMP ON HERE:  G.I. JOE: SNAKE EYES: AGENT OF COBRA #1 Destro, one of Cobra's top operatives, has been captured. As the metal masked maverick gets transferred to a new prison, a prison break is instigated by none other than Snake Eyes! With DESTRO free and Snake Eyes under Cobra's control, a mission that will rock the world of G.I. Joe begins! (W) Mike Costa (A) Paolo Villanelli

What do you think? For the full list of IDW's January 2015 solicitations, click the jump.
Posted by IADW at 4:34 pm