SWEET AS: The Top 4 From Valiant's January 2015 Solicitations 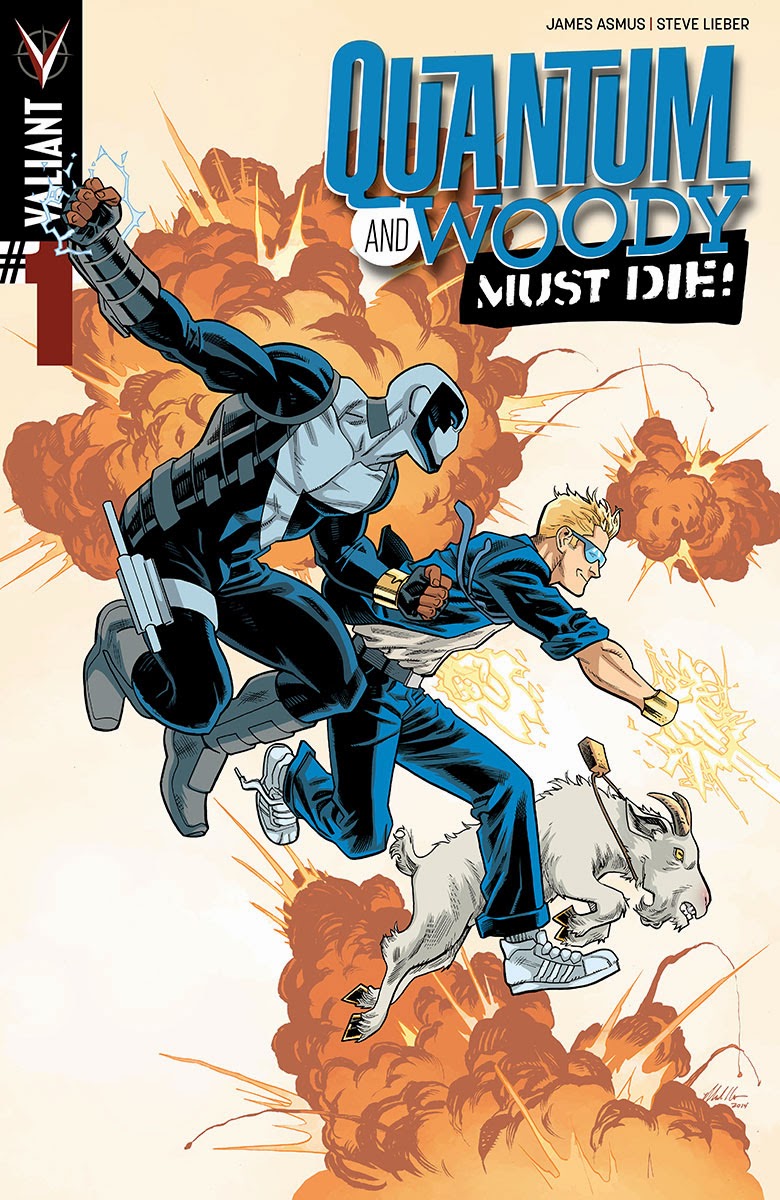 When we Kiwis find something we like, we say it's 'Sweet as'. When I look at Valiant Entertainment's January 2015 solicits, these four make the 'Sweet As' grade:

PICK OF THE MONTH:
QUANTUM AND WOODY MUST DIE! #1

They came. They saw. They pissed off a whole lotta crime-type folks. And now one mystery villain has singled out the world's worst superhero team for complete and utter destruction. The first target: their minds!

Has Quantum saved the Earth from an invasion by alien sleeper agents? Did Woody finally land that DJ gig at the strip club by the airport? And, dear God, what have they done to the Goat? Is this real life? Or just fantasy? Sex Criminals isn't the only comic that can quote Queen, comic fans - here come Quantum and Woody! (W) James Asmus (A) Steve Lieber

IVAR, TIMEWALKER #1 Prehistoric empires! Dystopian futures! And everywhere in between! The past, present, and future of our universe are about to meet an untimely end, and only the mysterious Ivar Anni-Padda can prevent all three from collapsing in on themselves. Unstuck in time, and pursued by enemies simultaneously across every moment of his time-lost life, can the man called Timewalker save everything that ever was, is, and will be? Get ready for a clock-stopping odyssey into the distant past and far future as the most unlikely Valiant hero of all leaps into his first history-ripping mini-series adventure! (W) Fred Van Lente (A) Clayton Henry.

RAI #6 As 41st century Japan spirals into chaos, will Rai protect his nation or help tear it down? As Rai grapples with a life beyond the control of Father, new feelings distract him from uprisings, secret armies, and a bomb that could all doom the mission to free New Japan before it even begins! (W) Matt Kindt (A) Clayton Crain. 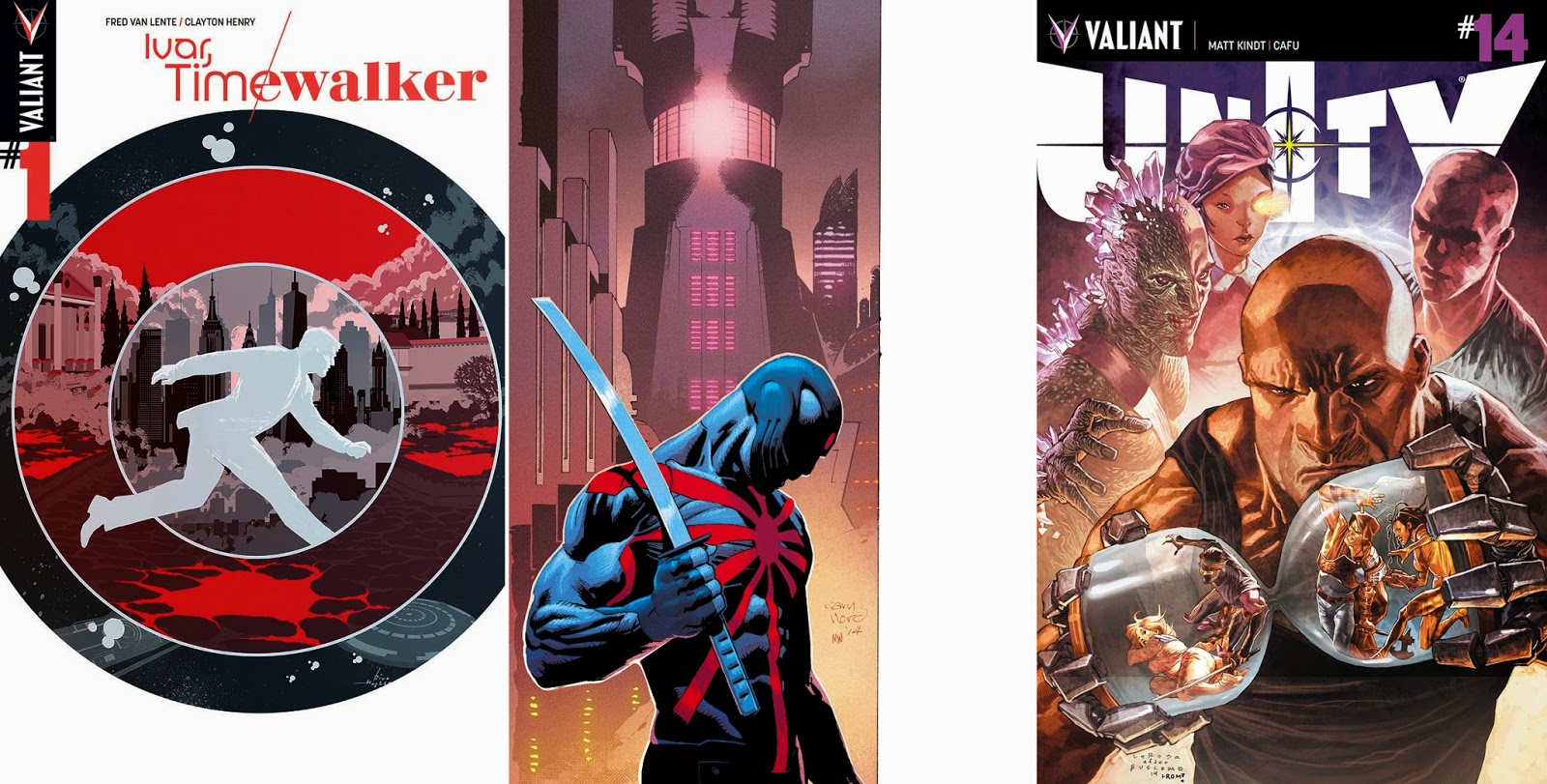 UNITY #14 A world on fire! Unity vs. The United! A dark secret at the heart of the Unity team has led the world to the brink of global war. Only Unity and their international counterparts, The United, can broker a peace...but that might not work, seeing as how they're trying to kill each other. All hope lies with Unity's newest team member, who may not be able to shoulder the weight of the world! (W) Matt Kindt (A) CAFU.

What do you think? For the full list of Valiant's January 2015 solicitations, click the jump.
Posted by IADW at 8:51 am