SWEET AS: The Top 6 From Image Comics' January 2015 Solicitations 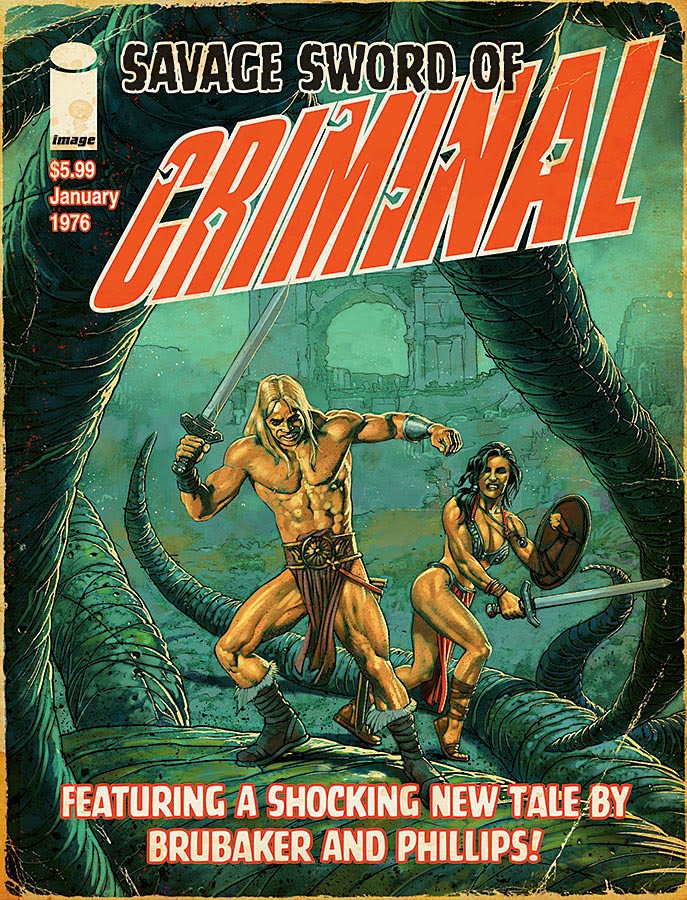 When we Kiwis find something we like, we say it's 'Sweet as'. When I look at Image Comics' January 2014 solicits, these six make the 'Sweet As' grade:

CRIMINAL SPECIAL EDITION (ONE-SHOT) SAVAGE EDITION MAGAZINE-SIZE VARIANT
Criminal comes to Image! Brubaker and Phillips' same pulpy goodness, now at home at the biggest publisher of indie pulp comics. Better yet, a 'Savage Edition' means the issue is in the style of magazine-size comics of the ‘70s!

Image says: The return of the award-winning title, with a 48-page special sure the thrill readers, old and new alike! It's 1976, and Teeg Lawless is doing 30 days in county jail with a price on his head, his only safe company from the savagery a beat-up old comic magazine his dead cellmate left behind. "Brubaker and Phillips are the gold standard of the crime graphic novel." – Warren Ellis (W) Ed Brubaker (A) Sean Phillips 48 pages

JUMP ON HERE!
SPAWN #250 This HUGE, triple-sized 250th anniversary issue marks only the second time an independent comic book has reached such a lofty number! This issue marks the cataclysmic climax in the story of the current Spawn: Jim Downing's final struggle against his costume while the fate of New York City lies in the balance. From the ashes of that battlefield comes the long awaited return of the original Spawn… AL SIMMONS. (W) Todd McFarlane (A) Szymon Kudranski 64 pages

SOUNDS LIKE AWESOME
IXth GENERATION #1 The cybernetic future of APHRODITE IX and CYBER FORCE finally comes face-to-face with the supernatural ARTIFACTS side of the Top Cow universe!
In the future there is no more natural death, no needs unfilled and everything you could ever want is yours… as long as you're willing to subjugate yourself to these new self-proclaimed gods with "IX"s emblazoned on them. Do the ends truly justify the means? Aphrodite and the other Nines establish fiefdoms in this new world and attempt to rule. Their internal clashes have escalated, as they face the relentless hordes of the Darkness. (W) Matt Hawkins (A) Stjepan Sejic 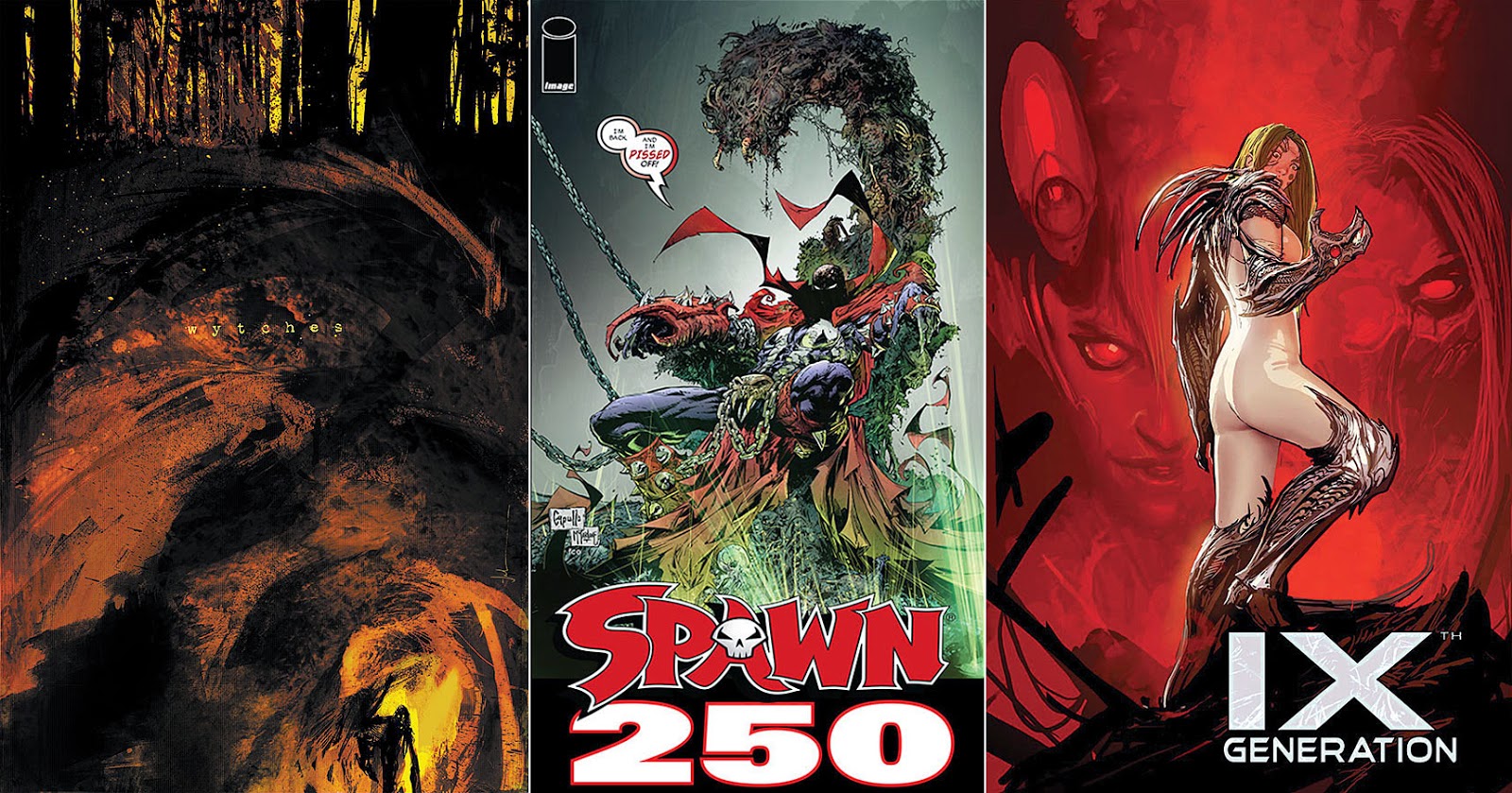 WYTCHES #4 (Pictured above left) Now, with the true nature of the wytches revealed, Charlie descends into the Earth in a desperate race to save his daughter and his family from an inconceivable fate. (W) Scott Snyder (A) Jock

SOUTHERN BASTARDS #7 As a kid, Euless Boss had football in his blood. But all football ever did for him was make him bleed. Until the day he met a strange man who would change his life and the fate of Craw County forever. (W) Jason Aaron (A) Jason Latour

What do you think? Full Image Comics January 2015 solicits here.
Posted by IADW at 11:00 pm