SWEET AS: The Top 6 From Marvel's January 2015 Solicitations 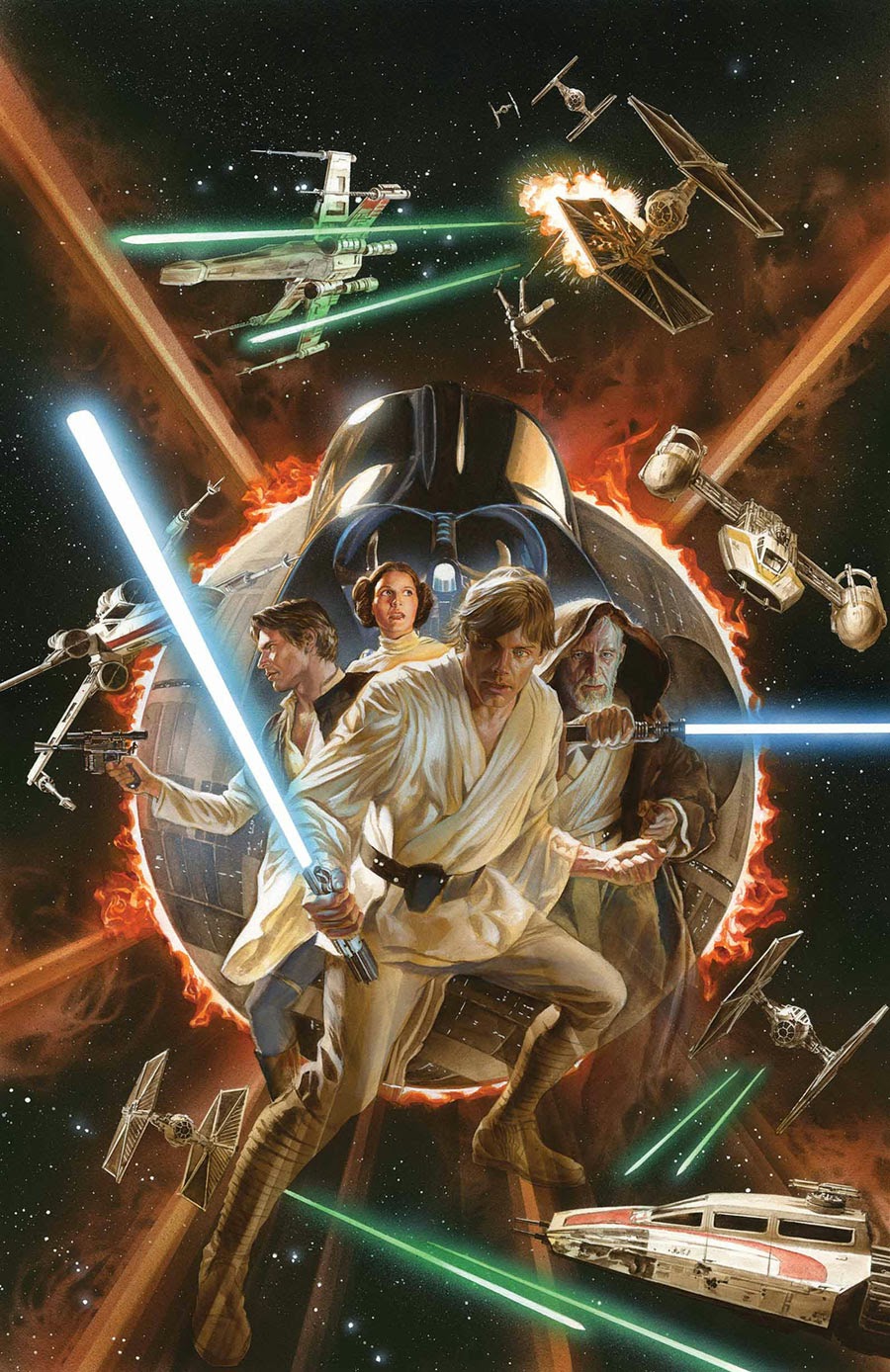 When we Kiwis find something we like, we say it's 'Sweet as'. When I look at Marvel Comics' January 2014 solicits, these six make the 'Sweet As' grade:

PICK OF THE MONTH:
STAR WARS #1 Who isn't excited to see this franchise back at the House of Ideas?

Marvel says: THE GREATEST SPACE ADVENTURE OF ALL TIME RETURNS TO MARVEL!

Luke Skywalker and the ragtag band of rebels fighting against the Galactic Empire are fresh off their biggest victory yet—the destruction of the massive battle station known as the Death Star. But the Empire's not toppled yet!

Join Luke and the rest of the Rebel Alliance as they strike out for freedom against the evil forces of Darth Vader and his master, the Emperor. (W) Jason Aaron (A) John Cassaday 48 Pgs

SOUNDS LIKE AWESOME
SUPERIOR IRON MAN #4
Daredevil discovers the secret to Tony's success! How far will Tony go to stop Matt Murdock from revealing this shocking secret to the world? As Tony's actions become even more questionable, who will conspire to take him down, leading up to the battle you thought you'd never see? (W) Tom Taylor (A) Yildiray Çinar

JUMP ON HERE!
ANT-MAN #1 Scott Lang has never exactly been the world's best super hero. Heck, most people don't even think he's been the best ANT-MAN -- and the last guy invented Ultron and joined the Masters of Evil, so that's saying something. But when Iron Man calls with a once-in-a-lifetime opportunity, Scott's going to get a chance to turn it all around and be the hero he's always dreamed of being. 40pgs (Numbered shrinking Ant-Man variant available by Ed McGuinness). (W) Nick Spencer (A) Ramon Rosanas 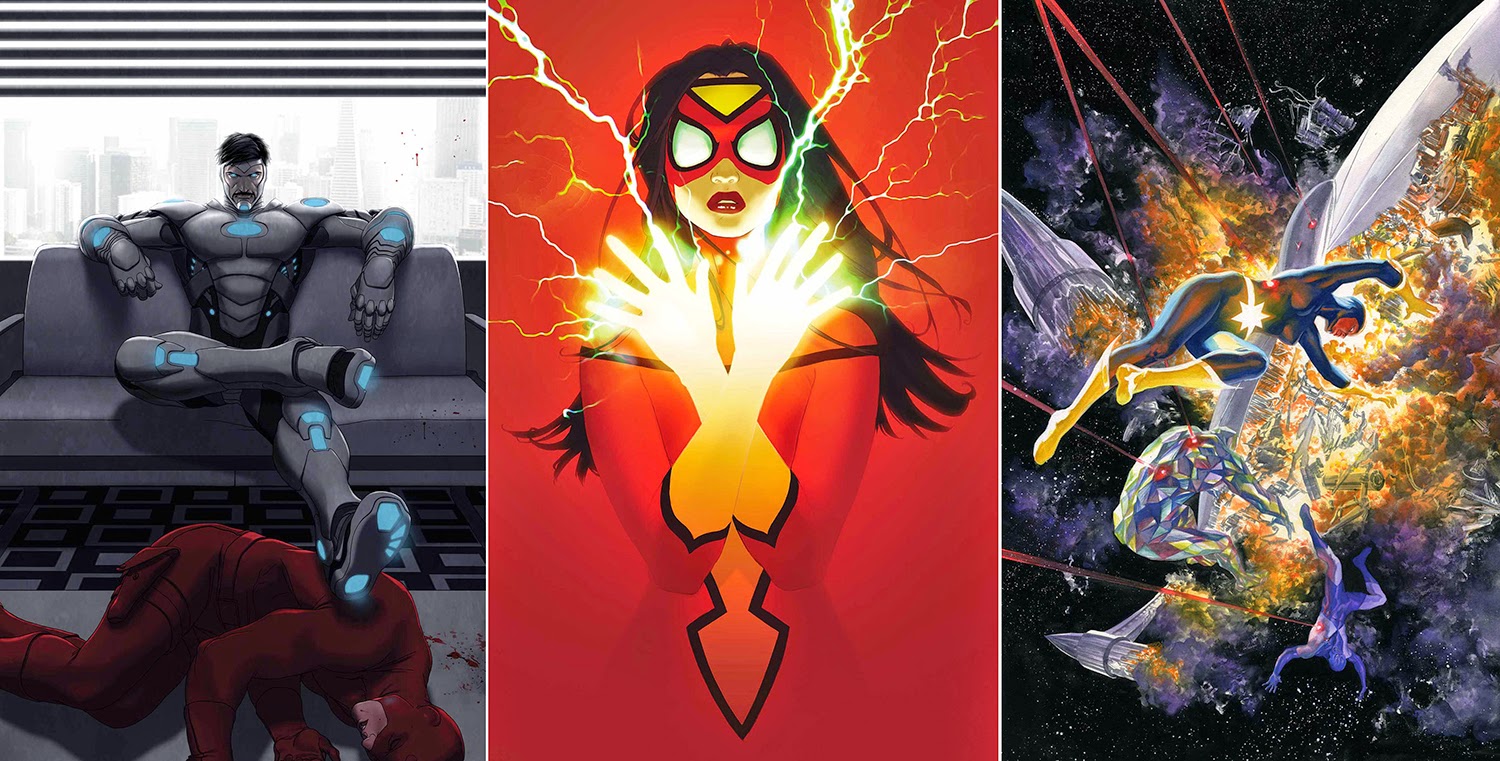 SPIDER-WOMAN #3 Spider-Woman is in the tightest spot she's ever been in. What if even succeeding with her mission means her death?!?! (W) Dennis Hopeless (A) Greg Land

GUARDIANS 3000 #4 On a quest to save their future, Charlie-27, Yondu, Geena and their new ally... Star-Lord... must find a doorway to the past. And that means walking into the lair of the most dangerous being in the Cosmos... the Sleeping Hunger! And what has become of Vance, Martinez and Starhawk, missing in action... presumed dead? Has A-Sentience captured them, or is there no one left alive to capture? (A) Dan Abnett (A) Gerardo Sandoval

X-FORCE #14 Fantomex is on a murderous rampage, taking out each and every one of the world's secret intelligence agencies, working his way closer to getting revenge on X-Force! Knowing the confrontation is inevitable, Cable and his team ready themselves for the fight of their lives... (W) Simon Spurrier (A) Rock-He Kim

What do you think? Full Marvel January 2015 solicitations here.
Posted by IADW at 6:20 am