DC's announcement of their upcoming film slate couldn't go unrivalled. Today it didn't. Marvel Studios have just released their 'Phase Three' line up, and DC isn't the only one in it's sights. Proving sibling rivalry between Marvel and Star Wars at parent company Disney isn't going to be a one horse race, many of the new Phase Three properties announced take to the stars, preparing for an 'Infinity War'.


MASSIVE in size, and upping the Marvel Studios' release to three films a year, one of the highlights is that many will lift their franchise's iconic comic book logo to the silver screen, proving they aren't embarrassed of their origins. That said, in release date order, Marvel Studios' 'Phase Three' includes:

CAPTAIN AMERICA: CIVIL WAR (May 6, 2016) First up after The Avengers: Age of Ultron, C.A.C.W. will no doubt venture along the lines of the controversial Mark Millar written Marvel epic of the same name. A storyline where Cap and Iron Man clash over the idea of super-hero registration. Famous for it's key 'death', could this be where the rumoured sharing of Spider-Man with movie rights-holders Sony begins? (Hopeful addition: The Thunderbolts).

DOCTOR STRANGE (Nov 4, 2016) Finally official, this one's surprise came in Marvel using the announcement to say the week's earlier news of Benedict Cumberbatch in the title role is still a deal not yet inked. However, if an Infinity War is building, Doc is definitely one you want in your corner. (Hopeful addition: Mephisto)

GUARDIANS OF THE GALAXY 2 (May 5, 2017) The best film of 2014 gets a well deserved sequel - what's more it gets a May release, a month that only the biggest of the big are aloud to tread. (Hopeful addition: Nova)

THOR: RAGNAROK (July 28, 2017) I didn't see this one coming. The Dark World wasn't Marvel Studios' best, yet judging from the screaming Thor in the Avengers: Age of Ultron trailer, big things are in store for this film. Said to include Loki, look for this film to bridge Avengers films, like Captain America: The Winter Soldier bridged the first two. (Hopeful additions: Hela and Beta Ray Bill) 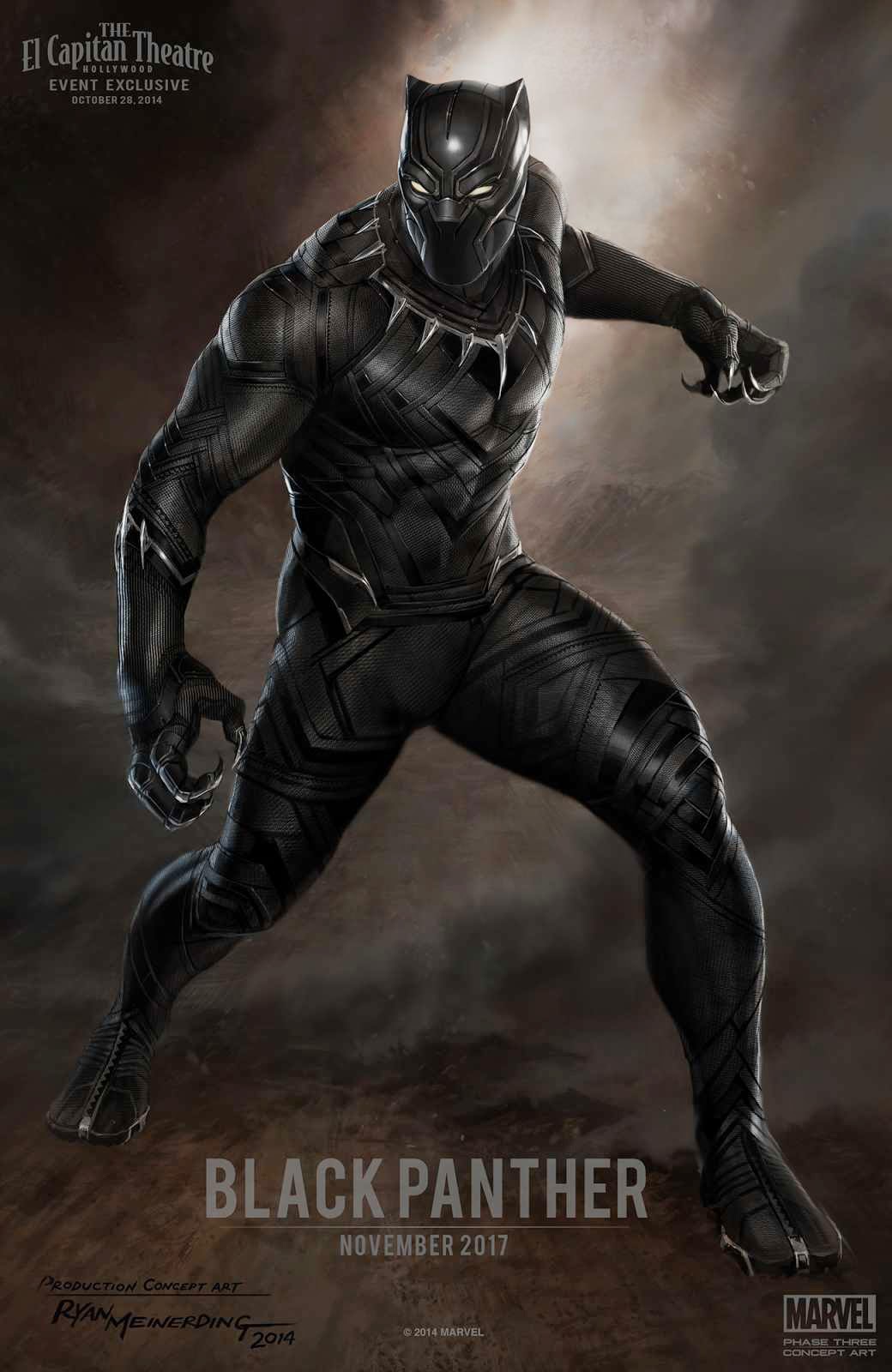 BLACK PANTHER (Nov 3, 2017) Now we are unleashing the awesome. Played by Chadwick Boseman, the character will debut first in Captain America: Civil War and this film will deal with his home kingdom of Wakanda's introduction to the world. If any character can challenge the sweetness of Wesley Snipes' Blade, it is T'Challa. With rumours Andy Serkis is playing arch-nemesis Klaw, it could happen - especially given what it's leading into. (Hopeful addition: A new ongoing comic series)

AVENGERS INFINITY WAR Pt 1 (May 4, 2018) Thanos's titan sized boots will undoubtedly touchdown here, in a film event so big it needs two installments to convey it's scale. 20 Marvel movies will be in place by this time, so look for all threads (both known and unknown) to unify here. Also, if Ms. Marvel has already appeared prior to this, Infinity War could be where her mantle wickedly changes. (Hopeful addition: Change the title to 'The Infinity Gauntlet' - Avengers film titles don't need 'War' to sell)

CAPTAIN MARVEL (July 6, 2018) Yes, Marvel has confirmed they mean Carol Danvers. Coming out ahead of DC's 'Shazam!' film, this still has to rot DC's undies. However, DC can take solace in the fact their Wonder Woman will be the first female-focused feature film to hit cinemas. (Sole hope: We get to see the classic Ms. Marvel outfit in action)

INHUMANS (Nov 2, 2018) Another knockout punch right from it's announcement, suddenly all the attention the Lee and Kirby created royal family has had in comic form recently suddenly makes sense. While smart money has a debut appearance of at least one royal in Guardians 2, if Marvel is keeping things cosmic between Avenger films, there are few better places to go than Attilan. (Hopeful addition: Gladiator)

AVENGERS INFINITY WAR Pt 2 (May 4, 2018) Avengers + Inhumans + Doctor Strange + Captain Marvel + Guardians of the Galaxy mean this could be a Secret War all of it's own. Whoever debuts in Marvel Studios' Wave Four will probably debut here. (Hopeful addition: The Defenders)

What Do You Think?