NAD AWARDS 2014: Best Series To Read While Waiting For The Next Issue Of 'Sandman: Overture'

Neil Gaiman and J.H. Williams III's Sandman: Overture is a masterclass in comic creation. Trouble is, you could build a whole classroom in between each issue. That said, here's a few 2014 reads, that did more than 'fill the gap'. 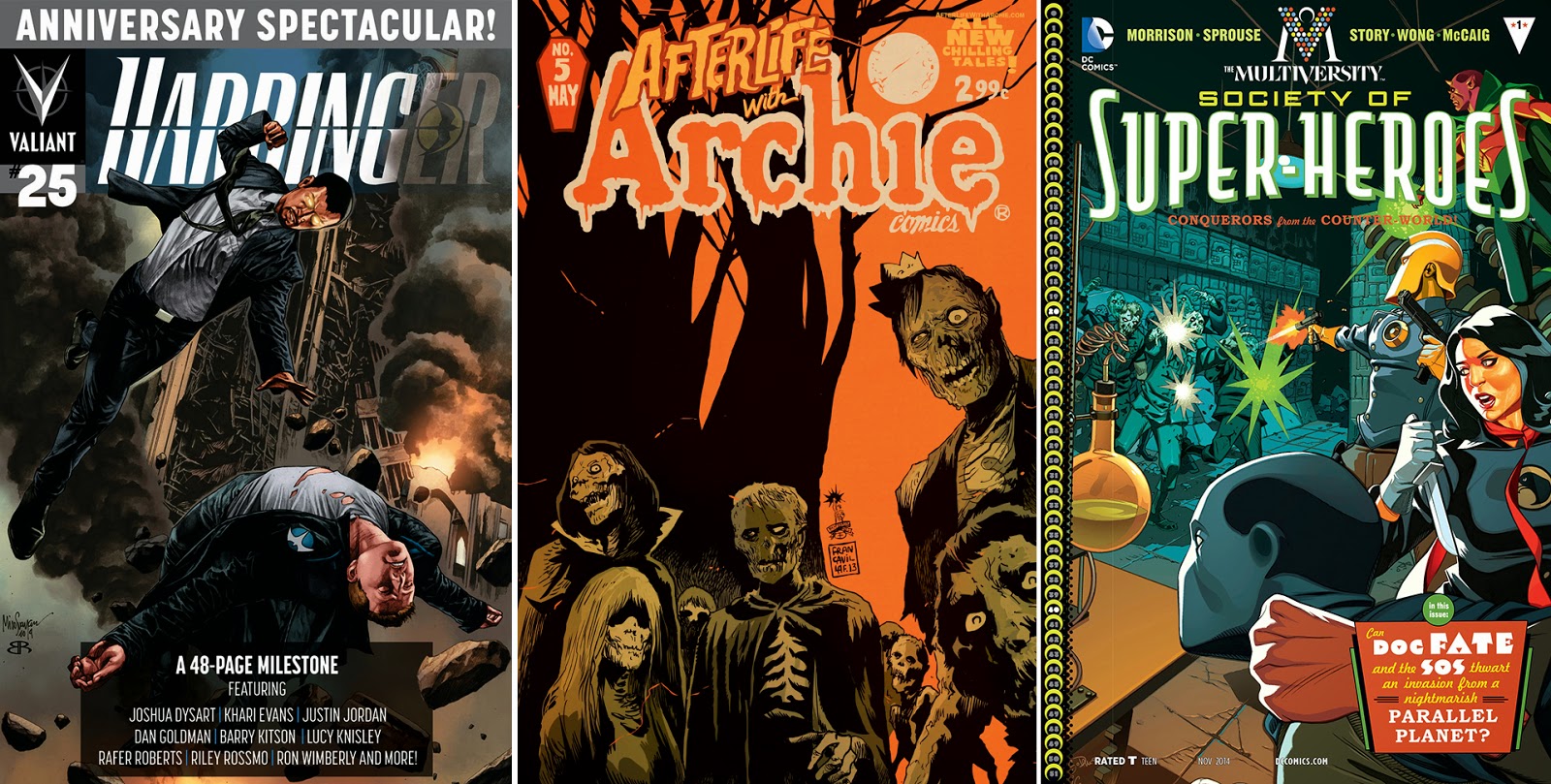 THE CLOSE CONTENDERS The all-out brawl between Peter and Harada went into overdrive in Harbinger. So Valiant replaced the series with a mini and a few months breather until February launches Imperium to pick up the plot. Arghhhh, I can't wait! A horror slant on American pie, Afterlife With Archie yells at me in a Mr T voice 'Thought you knew about Riverdale huh fool!' after every issue. Multiversity. Yeah, it's a mini, but this post wouldn't be complete without it. Pax Americana, Vandal Savage and more get both DC and Grant Morrison back on form. 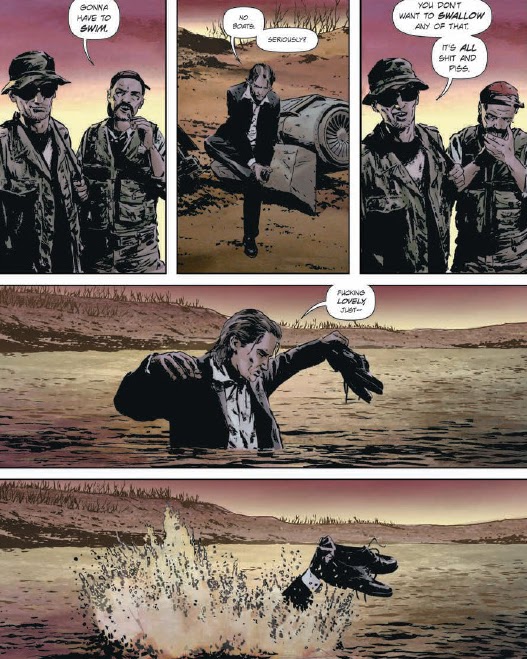 One of the best things about creator owned comics? The creative team stays the same for ages, just like they did in days gone by. Speaking of which, not since Grant Morrison's JLA have I been able to addict a non-comic fan to a title and have them stick with it, but in 2014 I did just that with Lazarus.

Seeing issues of it on eBay researching this post, even has me screaming 'What the $^%T!! are you thinking?!'

In 2014, this title's dystopian future, where class is the only form of capital that matters, has kept the twists coming, as the Carlyle family empire faces new enemies both foreign and domestic. With challenges all around, their greatest relative weapon / 'Lazarus', Forever draws closer to realising she may not be a branch of the Carlyle family tree, but the root of all it's secrets. 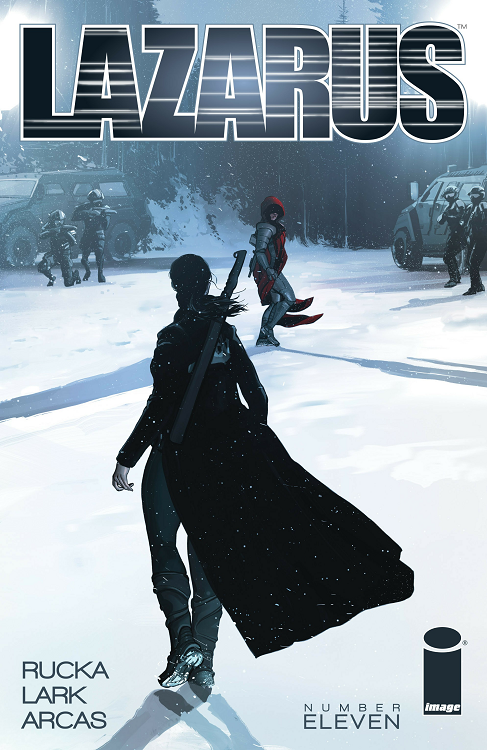 Jonah Carlyle did more than just flee his family in fear through a river of sewage (above), he ended up captured, tortured, humiliated, traded like meat and needing rescue. Rescue by the family he tried to flee.

Story arc 'Lift' showed when the ruling families offer to elevate the children of the 'waste' / common people, they do it merely to highlight their own wealth and status, rather than deliver on their promise.

Then on top of all this, for every piece of research, character interaction and drama in writer Greg Rucka's script, the detail in artist Michael Lark's sombre artwork plays two. In fact, while Hollywood vultures and those from the land of TV circle, neither will be able to replace all that is conveyed through his pen.

With a saviour rising in the ranks of the human waste and Forever's answers looming, in 2014, can you avoid reading Lazarus for long?