PUSH ME HIGHER GAMORA, PUSH ME! The Groot Swingset 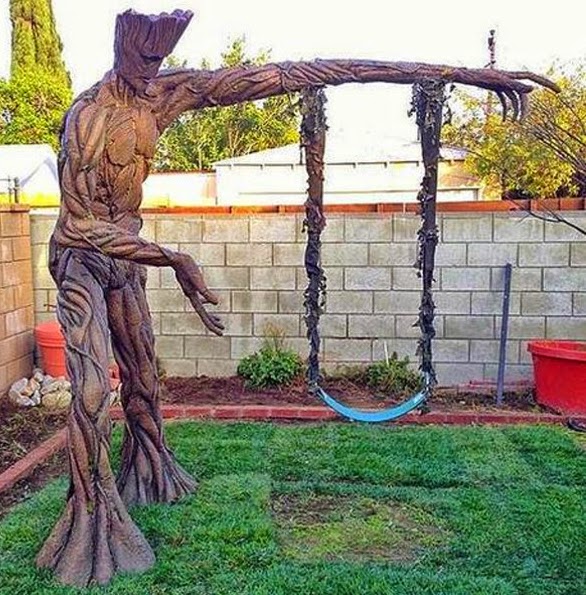 I would say there is something post-Guardians of the Galaxy that hasn't been Grooted, but that would probably be a lie.

Made for an upcoming TV show called Super Fans, Super Builds, and spotted by James Gunn himself, this swingset looks perfect for any rocket raccoon sized humans near you.

While you can swing on his armpit hair if you use both hands (unless you want to change the TV show to America's Funniest Home Videos), watch for neighbours green with rage to try and chop your fan happiness down in a Ronan type rage.