SWEET AS: The Top 4 From Valiant's March 2015 Solicitations 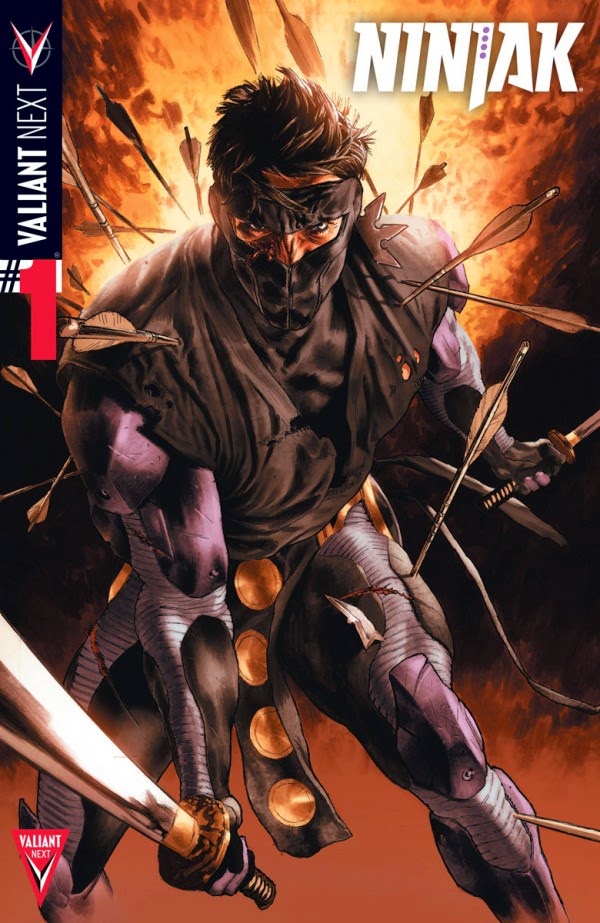 When we Kiwis find something we like, we say it's 'Sweet as'. When I look at Valiant Entertainment's January 2015 solicits, these four make the 'Sweet As' grade:

PICK OF THE MONTH:
NINJAK #1

Then: Meet inexperienced MI-6 recruit Colin King on his first mission in the field as he learns the basics of spycraft and counterintelligence, and develops a volatile relationship with his first handler.

Now: Colin King is Ninjak, the world’s foremost intelligence operative, weapons expert, and master assassin. And he’s hunting the Shadow Seven – a secret cabal of shinobi masters with mysterious ties to his training and tragic past.

All-new story arc! Dead Hand is coming! He survived Enter: Ninjak. He waged war on Planet Death. Now he must defend the Earth from an unholy reckoning…and the doomsday protocol codenamed: Dead Hand!

This is it…X-O Manowar…face-to-face with a Robot army hellbent on the destruction of everything! (W) Robert Venditti (A) Diego Bernard 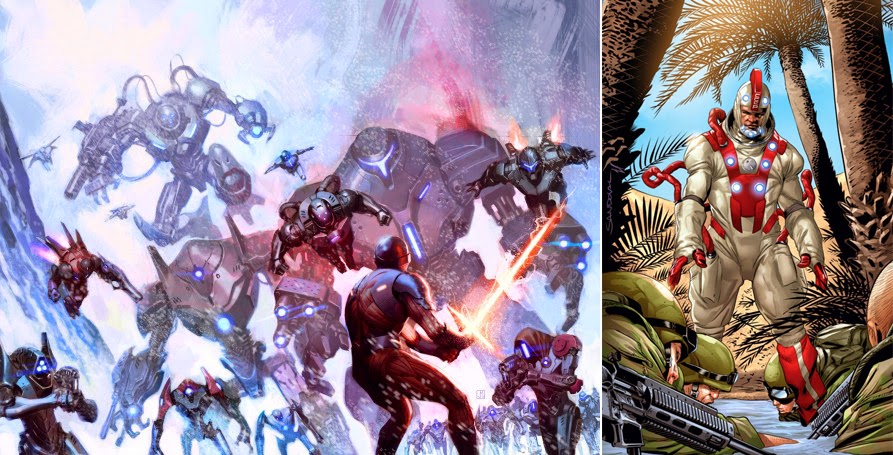 DIVINITY #2 (of 4) Can the world withstand its first confrontation with a being of god-like proportions? A Soviet cosmonaut – seemingly imbued with the powers of a god – has taken up residence in the Australian Outback. Some think him to be a savior…while others believe he will usher in a new Communist Age.

Now the rest of the world’s powers must decide for themselves – will the enigmatic Divinity offer his hand in friendship or will Earth’s heroes find themselves helpless against the wrath of the divine? (W) Matt Kindt (A) Trevor Hairsine


UNITY #16 War on the homefront! After a violent and devastating battle, the Eternal Warrior – one of the world’s immortals, and its greatest wager of war – must once again grapple with his most implacable enemy – the countless days behind him…and the life that’s about to become a memory! (W) Matt Kindt (A) Pere Perez.

What do you think?  For the full list of Valiant's March 2015 solicitations, click the jump.
Posted by IADW at 8:13 am