SWEET AS: The Top 6 From DC Comics' March 2015 Solicitations 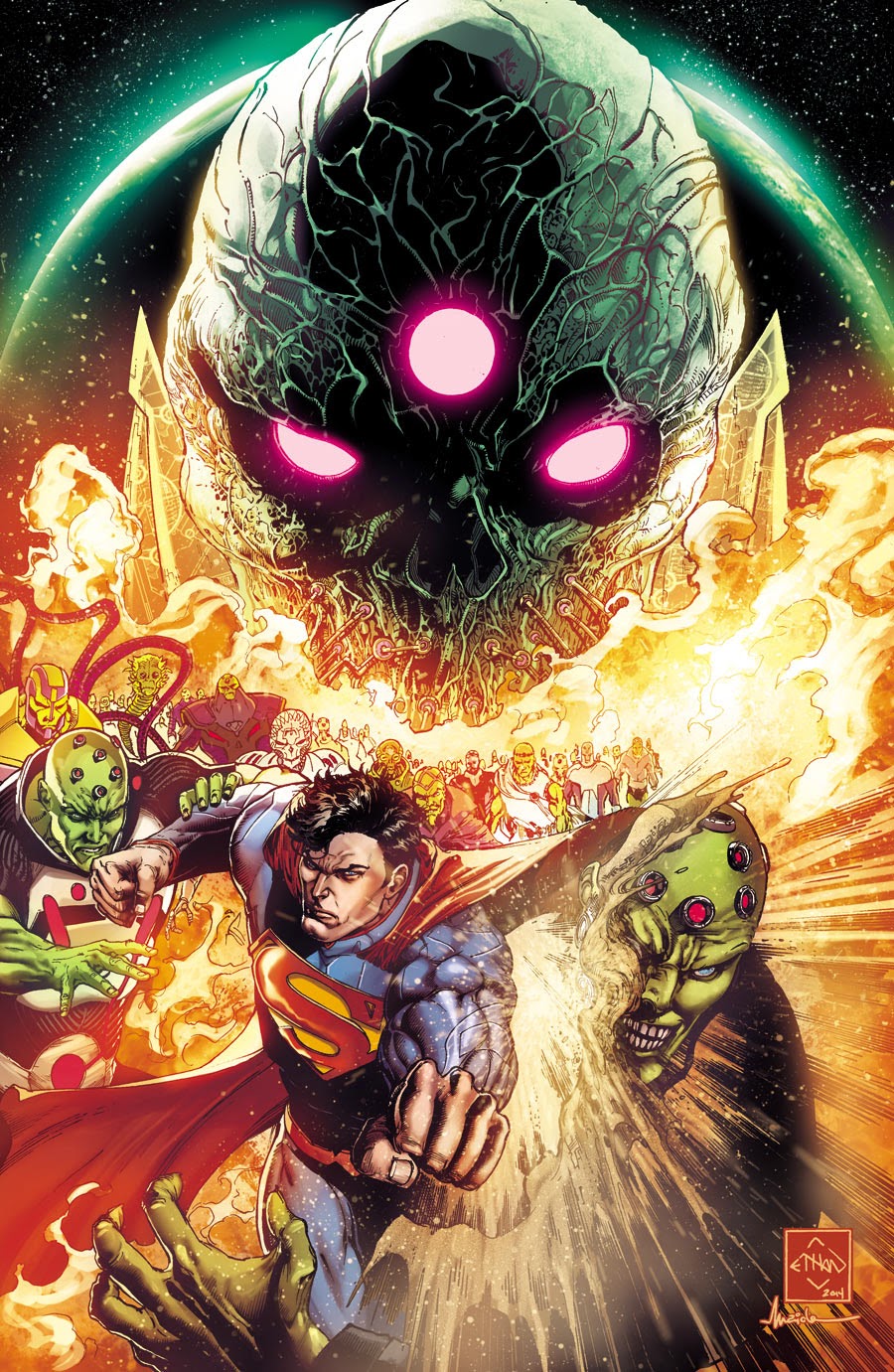 When we Kiwis find something we like, we say it's 'Sweet as'. When I look at DC Comics' March 2014 solicits, these six make the 'Sweet As' grade:

JUMP ON HERE!
CONVERGENCE #0
Where do worlds go when they die?

The Earthquakes felt round the Multiverse, Superman’s lost days after Doomed, the World’s End – all these points will converge as the history of the DCU is spun from a new perspective, the perspective of a mad god and his arrogant child. The biggest story in DC history ties into literally every DC story ever told – and it all begins here.

DC says: The greatest and bravest heroes of the DC Multiverse fight one last battle. Who are the mystic Justice League of Earth-13 and what role does their leader Super Demon play in the crisis rising all around them? What shocking secret motivates the dark, nightmare henchmen known as The Gentry? And what is the final fate of Nix Uotan – the Super-God?! 56pg (W) Grant Morrison (A) Ivan Reis and Joe Prado

SOUNDS LIKE AWESOME
JUSTICE LEAGUE #40 The prologue to this summer’s event The Darkseid War! Now, Batman, Superman, Wonder Woman, Green Lantern, The Flash, Aquaman, Cyborg and the rest of the DCU will come face to face with the two most powerful and dangerous entities in existence when both come for Earth. But why? And what secrets about the League will be revealed? (W) Geoff Johns (A) Jason Fabok

SUPERMAN #40 The spotlight shines on John Romita, Jr. as he goes solo to tell the story of the testing of Superman’s new power against the Justice League! But the appearance of an unexpected enemy could end the Man of Steel’s life! (W AND A) John Romita Jr

MORTAL KOMBAT X #4 • MATURE READERS Scorpion vs. Raiden! Red Dragons vs. Black Dragons! And a powerful new threat emerges! You do not want to miss the blood-soaked finale of our first story arc! The Mortal Kombat X comic series is the prequel to the upcoming Mortal Kombat X game. (W) Shawn Kittelsen (A) Dexter Soy and Daniel Sampere 40pgs