As #fourcomics sweeps the net, revealing the four titles that fueled your addiction (yes, I've done it here), it won't be long until video games get in on the act. Trying to stay ahead of the curve, here are the top 6 computer crazes that stole years off my life (and would again if I ever plugged them in).

HONOURABLE MENTIONS: I can't not toast Golden Axe, the classic Dungeons and Dragons-ish title that seems to be the ancestor of title #1. Where In The World Is Carmen Sandiego also gets a salute. The best educational 'game' of all, my 'computer buddy' and I were first in class to get a warrant to capture the feisty minx, making us instant celebrities.

6) MORTAL KOMBAT II: While most were trying to remember if Ken wore red or white, I'd started drooling over the savage sting of Mortal Kombat instead. While Kano was prisoner of the awesome new big nasty Shao Kahn in Mortal Kombat II, everything else that was great about the first instalment moved into overdrive here. Lu Kang bicycle kicked, Jax and Kintaro debuted, and while Babalities and Friendships were obvious parent pleasing moves, nothing bet holding off a pit maneuver or spinal yank just as said caregiver was passing and listening to them scream.

5) MARVEL ULTIMATE ALLIANCE: The greatest comic game ever, (and one of Doom's best appearances anywhere) M.U.A. set itself apart by offering an unrivalled line-up of Marvel characters to manage and play with. Based on the gameplay of X-Men: Legends, you could repeatedly pick a team of four, upgrade their skills in any order, unlock variant costumes and pit them against the likes of Galactus in locations like Mephisto's realm. The Fantastic Four, War Machine, U.S. Agent, and Daredevil included within the games options are just a few reasons I still keep my PS2 close. 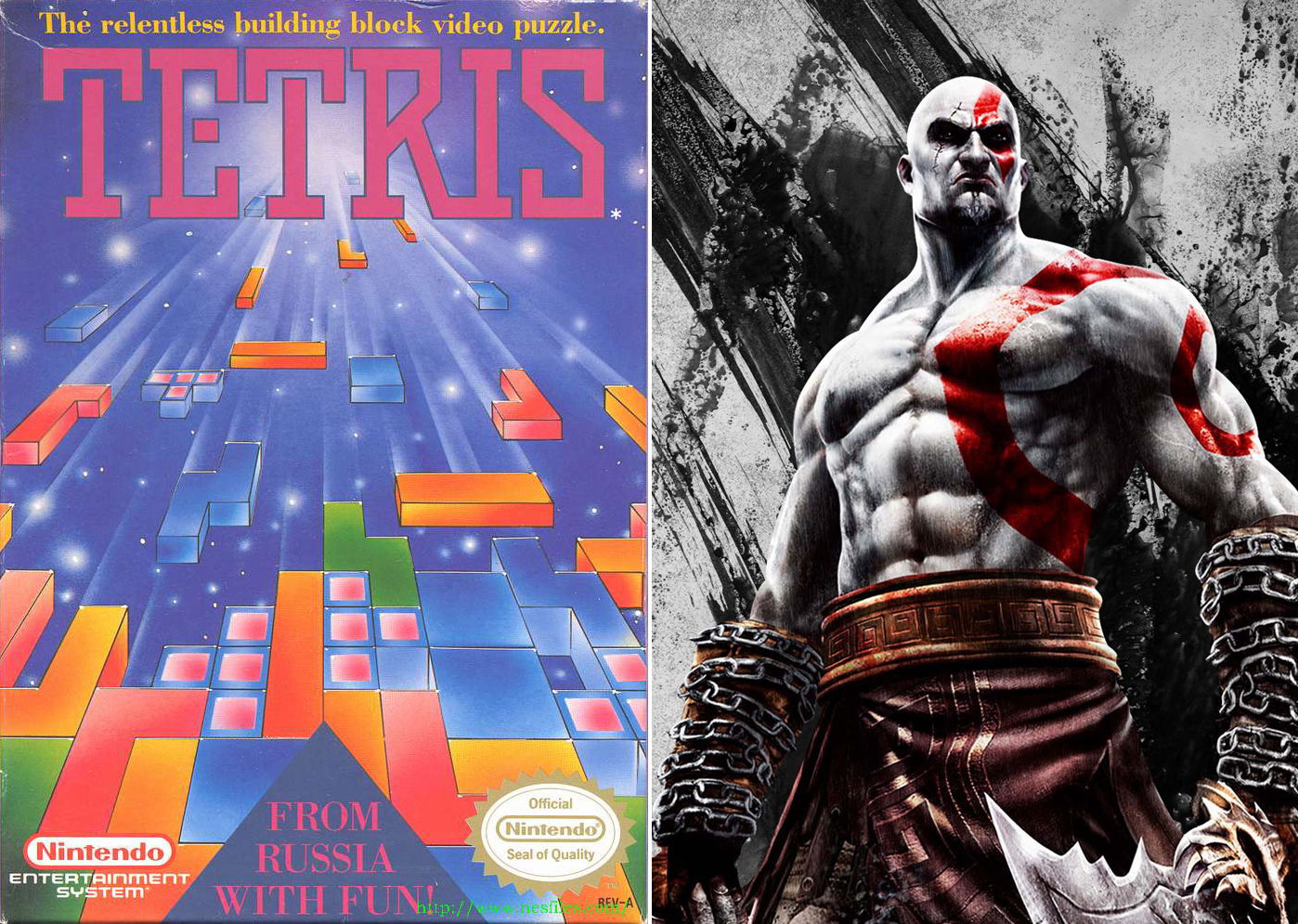 4) RESIDENT EVIL 3: NEMESIS Most games I play 'til midnight. Nemesis I played beyond, watching behind me, heart racing and yelling 'Come on!' at the cut scenes of doors squeaking open. A beast I didn't have the weapons to fight relentlessly chased me through a city of challenges and was gaining on me while we were paused. Sure it's now more a movie franchise, but it started as the scariest experience any fan of horror could sit through.

3) TETRIS Really? Do I need to say why? Like Mortal Kombat, Tetris appeals to my low attention span. Sit down play a few games and walk away is the theory, only you can't. Competitiveness takes hold and when you snap out of it, rent is overdue, your family's older and three comic publishers have debuted, soared and gone bust.

2) GOD OF WAR (Puts hands up) I'm a sucker for anything steeped in mythology, and Kratos cracked that weakness open with a mix of Mortal Kombat brutality, Tetris like logic puzzles and Gods of myth with powers and attitudes to rival any Marvel hero (or villain). I've bought four instalments of the hit series and each is as fresh as the last. The stunning artwork and perfectly cast voices show right from the start the developers were aiming for gold. They got it. Now if that gold only had appeared on an amazon's lasso of truth, we'd really have a #1.

While the other games on this list were shuffled a bit before hitting post, there was never any doubt as to who was in the top spot. Final Fantasy VII gave birth to the greatest foe in video games, Sephiroth, killed off one of the main players in one of the mediums greatest shocks, and introduced the world to Chocobo's to name just three key points. 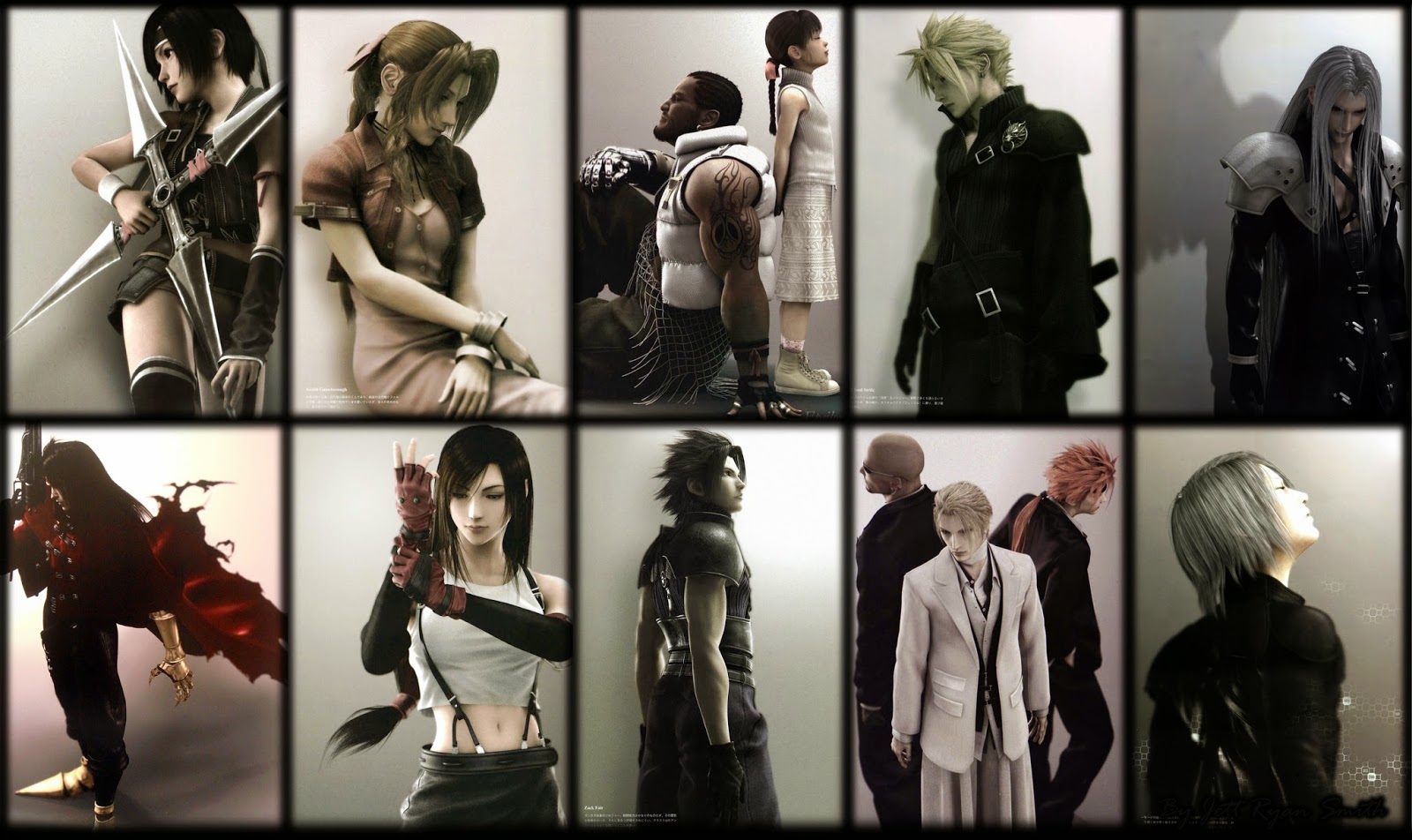 Games with in games, weapons you could power up, Gods you could summon and grow, twistful plots, logical challenges, threats to the environment, mythology, interwoven storylines between all the characters and a core bunch of misfit heroes more united by coincidence as much as by a common goal. It was East meets West, Manga meets fantasy and no other Final Fantasy instalment has ever packed so much wow, cool or awesome into it's discs. I literally spent whole weekends awake playing this game (with the odd dash - and I mean dash to the loo - or for another bag of Burger Rings). Diet be hanged, Final Fantasy VII was worth it, now if they'd only turn it into a comic.

Man Crates is a company that specialises in gifts for men that ship in crates that need a crowbar to open them! They have a retro gaming crate that helped inspire the idea for this post. Looking at the above, my dream gaming Man Crate would include a handheld tetris, a Marvel Mego toy (because all good gamers need an audience), a book on the promotional art for God of War, Burger Rings (the New Zealand kind only), a torch for those midnight missions and an imitation gun-sword from Final Fantasy to hack the hell out of thin air when I reach that impassable moment in whatever my next game will be. Check out their website here.