Holy Alderaan! Princess Leia is one of Marvel's first picks to receive her own book? What's with that? Key franchise face - tick, way to attract new female readers to comics - tick, but Zena enough to hold her own battle/book? We'll see. These ladies on the other hand ARE dangerous divas. In fact while they are all cosplayers, there's not one of them I'd feel safe saying 'no that last cookie's mine' to. Check them out. 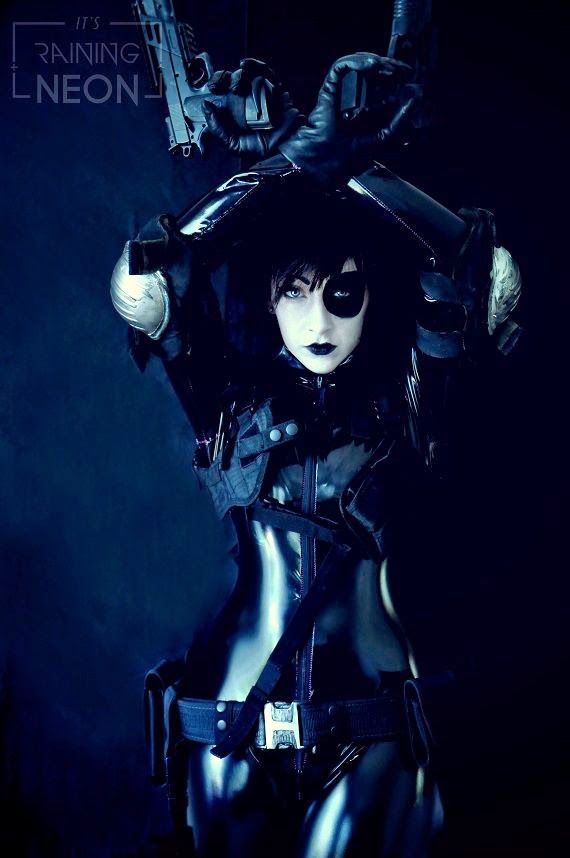 It doesn't take a telepath to know how well cosplayer Jenifer Ann handles Marvel's mainstay mutant, Psylocke. Caught all windswept and interesting by David Love Photography, she's ready for any 'Hand Ninja' to approach her!

Sometimes cosplay success is as much in the eyes as it is in the costume itself. Scarlet Witch here (aka Dasha Bolotina, photographed by Paolo Cellammare) warns fans of Avengers: Age of Ultron, if they decide to start cosplaying as Wanda, they better put their game face on to.

Harley Quinn is another perfect example of the face theory. How many Harley's are there at any given Comic 'Con? 904,509. How many can act a face that say's 'My sanity is on a knife edge'? 1. That 'one' is Ryoko, photographed by Soldatov Vladimir.

Last year, if my fan love for any comic grew, it was that for the original X-Force series. Not so much the series that marvel is currently running, but the Fabian, Loeb era of the book where Dominio and co first shot to stardom under that name. Fun times I tell ya. Now, almost posing like that infamous Joe Jusko Domino painting comes DeAnna Davis.  That upcoming X-Force movie is sure going to be pressed to beat this!