SWEET AS: The Top 4 From Valiant's April 2015 Solicitations 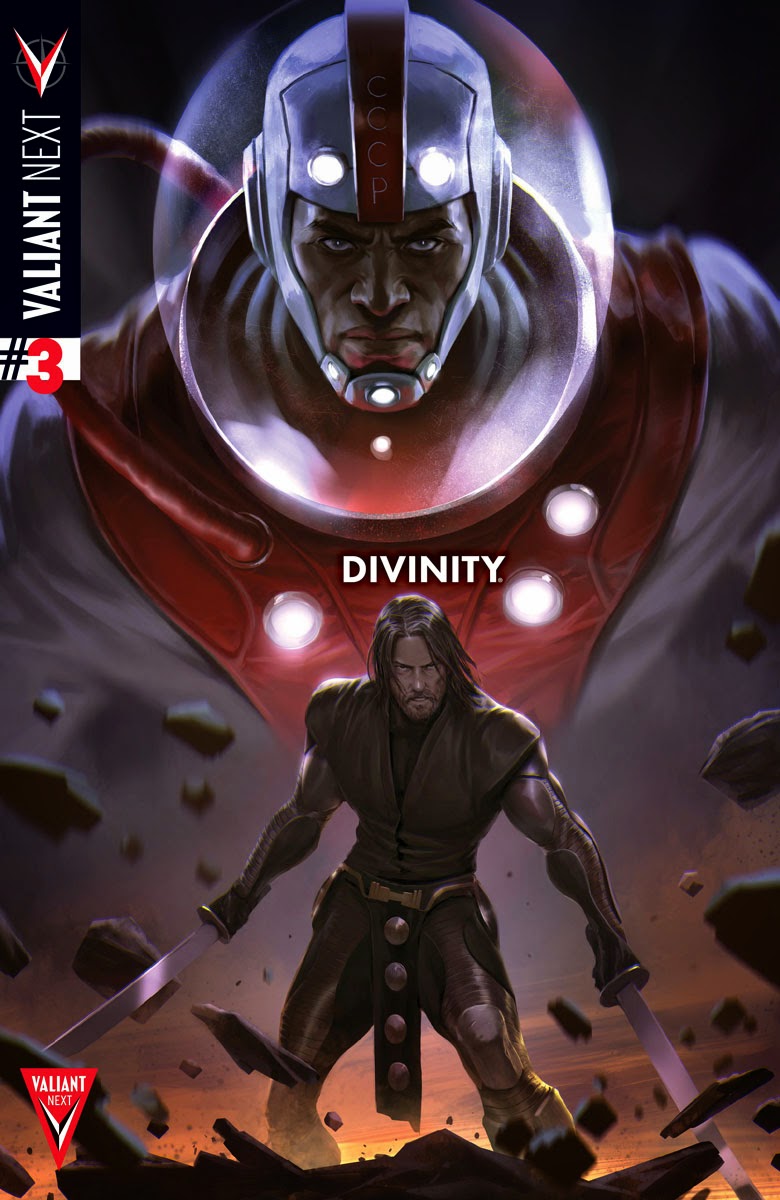 PICK OF THE MONTH:  BLOODSHOT REBORN #1 An all-new ongoing series for Valiant’s most unrelenting hero!

Bloodshot’s nanites made him a nearly unstoppable killing machine. His enhanced strength, speed, endurance, and healing made him the perfect weapon, and he served Project Rising Spirit – a private contractor trafficking in violence – very well.

Now, Bloodshot is a shadow of his former self. He lives in self-imposed exile, reeling from the consequences of his past life and the recent events that nearly drove him mad. But when a rash of shootings by gunmen who appear to look just like Bloodshot begin, his guilt will send him on a mission to stop the killers, even if it means diving headlong into the violence that nearly destroyed him. 40 pgs (A) Mico Suayan and Jeff Lemire (W) Jeff Lemire

DIVINITY #3 (of 4) The sci-fi saga of 2015 continues. A being with the power of a god roams free in the Australian Outback, bringing life to the barren wasteland and making him a hero to natives who live there and the visitors that have sought him out.

But can the global superpowers of Earth rely on this long lost cosmonaut not to abuse his seemingly limitless power? 'Divinity' will put that to the test when he discovers what became of the life he left behind…and the family he once knew. (W) Matt Kindt (A) Trevor Hairsine

X-O MANOWAR #35 Dead Hand Pt2 In the far reaches of space, the ultimate fail-safe of an extinct alien race has finally counted down to zero…and the robot army called Dead Hand has been activated. Soulless and brutal, this billion strong legion is the phantom army of a dead world…and it will cleanse the universe by any means necessary.

Soon, Aric of Dacia will be forced to confront the secrets that have pushed him to the terrible turning point that is DEAD HAND…and battle a single-minded killing machine unlike any he has seen before! Outmatched and vastly outnumbered, how can Aric stop something so unstoppable? (W) Robert Venditti (A) Diego Bernard 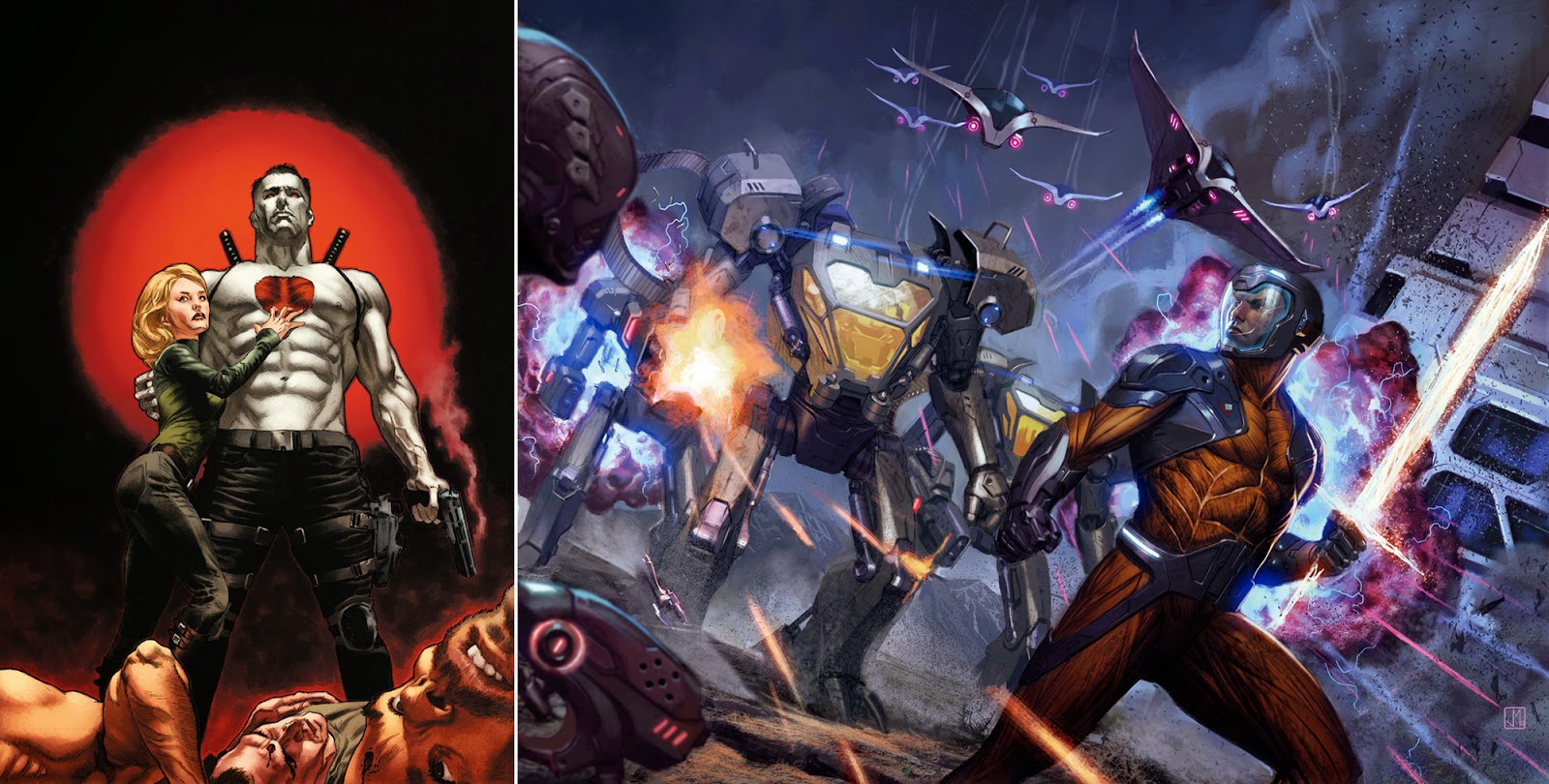 SOUNDS LIKE AWESOME:  NINJAK #2 Hunted by the Shadow Seven! International financier Colin King hasn’t just come to Tokyo to take the club scene by storm. As the covert MI-6 operative codenamed Ninjak, he’s also tracking down the men who trained him to be a lethal weapon…men who have now aligned with the cybernetic crime cartel Webnet! But how do you detect undetectable killers? It’s all-out ninja-versus-ninja warfare as the deadliest men and women of five continents converge on Tokyo for a blood-spattered blowout!

What do you think?  For the full list of Valiant's April 2015 solicitations, click the jump.
Posted by IADW at 4:00 pm